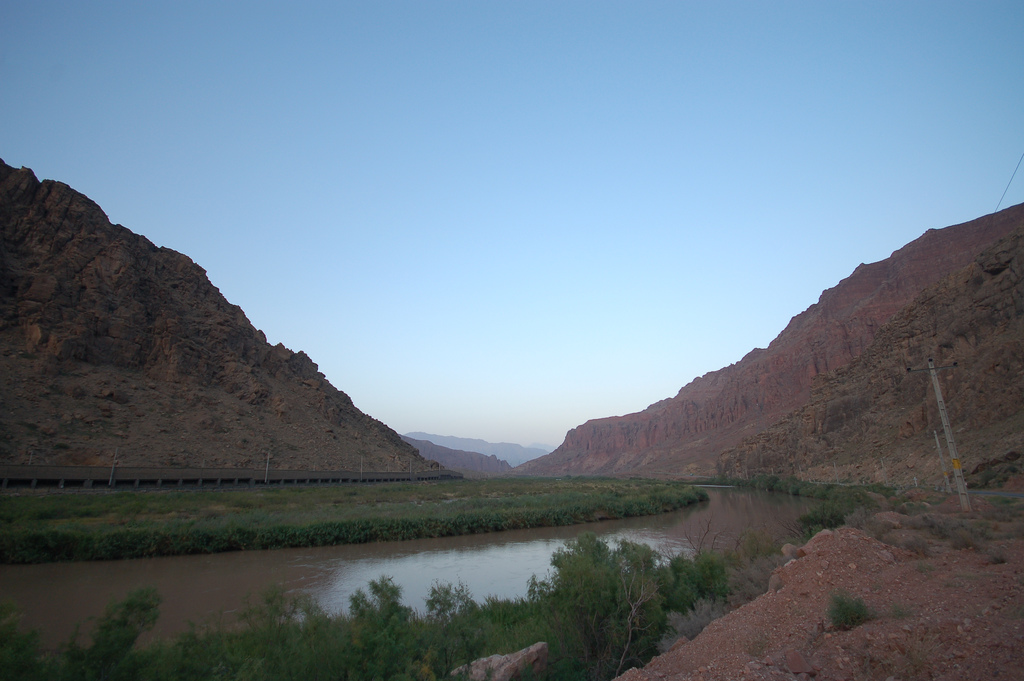 In spite of the fact that there's a large Azeri minority in Iran - up to one fourth of the population - state-run media, as well as public officials in Azerbaijan, largely ignored the protests taking place across the border

On 12 June, Mahmoud Ahmadinejad was re-elected for a second presidential term in the Islamic Republic of Iran with a contested 63% of the vote. Immediately following the release of the election results, his main opponent, Mir Hossein Mousavi, called for annulment of the results due to electoral fraud. No one expected the outcome - massive protests by thousands of Iranians of all age groups lasting for days - or to witness the alleged murders of at least 17 innocent people.

The news of turmoil was followed closely in Iran's northern neighbour, Azerbaijan, where the government has been searching for political lessons to be learned from the news coming out of Iran. The government was careful enough not to let any footage from the protests hit the state TV channels; instead, the focus was on re-elected President Ahmadinejad's speeches and comments. Surely there was fear of how the events could influence a similar reaction in Azerbaijan during the upcoming parliamentary elections to be held in 2010, and that fact did not escape the attention of the Azerbaijani administration.

The online version of one of the state-run newspapers, Xalq (Nation), had one article on Iran which was published on 13 June and mainly explained the election process taking place in Iran as well as statistics on the number of Iranians living in Azerbaijan and planning to vote from there. One article, published on 17 June, covered the protests, but nothing else was written about the protests over the course of the following days.

However, the state's attempt at control over the state channels, imposed silence and limited coverage of the events ultimately failed. There were other sources of information such as available online news outlets, the political opposition party, as well as independent news media in print. Zerkalo, an objective Russian-language newspaper (also available in Azeri) had almost daily updates on Iranian protests which detailed the brutal beatings on the streets, images of violence on the streets in Tehran, reasons for protests and all developments taking place in the country.

It was also possible to access the up-to-date information from several online sources as YouTube, for visual images from protests, and Twitter for last-minute updates. But Facebook had it all: videos, newsreels, comments and constant updates, especially during the first few days of the protest. One such update that quickly circulated among different friend groups was a letter from an Iranian student studying at Columbia University in the U.S. which described every single detail of the mounting protests in her home country. Her updates included a phone conversation with her family and descriptions of her belief that this might be it - the moment for change.

The view from Azerbaijan

Officially, the response from Azerbaijan was rather quiet. The president of Azerbaijan, Ilham Aliyev, was among the first leaders to congratulate Ahmadinejad on his victory. During his message to the re-elected President, Aliyev stressed the importance of "developing business contacts" between the two countries and left out any comments on subsequent protests and possible fraud in the country's election results.

The government of Azerbaijan refrained from commenting on the protests. It stuck to one main theme, which was "a quick return to stability" in the neighbouring country.

Azerbaijan's deputy foreign minister, Araz Azimov, commenting on the situation in Iran, said in a press statement: "Iran is a neighbouring country. We support the positive solution of any issue there...We hope that the issue will find its political solution and that the reconciliation between the different groups of society will have democratic basis. He added that Azerbaijan hoped to see a return to stability in Iran and that "any crisis in the neighbouring country will have an impact on us Azerbaijan depending on its form."

On a similar note, the country's foreign minister, Elmar Mammadyarov, told journalists on 23 June, "We official Azerbaijan urge the rapid restoration of stability in Iran because it is very important for us." The reasons of importance were not stated.

And while the government stuck to its original statement, the unofficial Baku was, and remains, rather distressed by the ways the Iranian government has been trying to suppress the protests and the ways the Azerbaijani government has been trying to suppress information about it. Talking to some of the youth in the modern capital of Baku during the first few days of the protest in Iran, a general theme emerges: that this is a sign of hope. Others believe that this might be the future, "the beginning of world that Iranian youth are trying to build" as Ruslan Asadov, member of "OL!" youth movement in Azerbaijan sees it.

Others hope for a day when a strong united movement, just as strong as the one the world saw in Iran, will emerge in Azerbaijan - but not yet. "There are simply not enough people like us!" says another youth activist. He might be right as, sitting in a café in downtown Baku, one can hardly hear anyone talk about clashes taking place on the other side of the border.