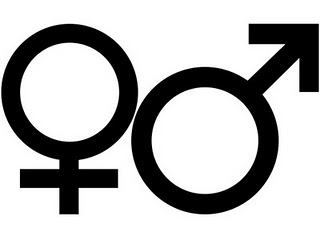 If it's a male, all is well. If it's a female, there's a dilemma. In Albania selective abortion is a widespread practice. According to the Council of Europe, in Albania for every 100 females 112 males are born: a rather disproportionate figure compared with the ratio of natural demographic growth. A report from the clinics in Tirana

Tirana, cold autumn days, waiting room in the largest gynaecological clinic in the country.  Esmeralda is waiting in line for her turn. She's wearing simple clothes in garish colours, her brown hair pinned up, her cheek bones high and rounded. In a strong mountain accent, she asks me what I'm doing in that clinic, and then tells me she's pregnant. “Let's hope it's a boy because a boy brings the whole family luck. A girl is no good.” I ask why but she cuts me short. “That's the way it is. It's our tradition. Here in Tirana, with all these foreign influences, people pretend they don't understand certain things any more.” I ask what she would do if it were a girl. “I don't know, it's a family decision. It's not a tragedy for me, but it's obvious that it's a family decision. These things are important.”

If the foetus is female, it's highly probable that Esmeralda will have to abort. A short visit to one of the gynaecological clinics in Tirana is enough to see that the phenomenon is anything but marginal.

According to a recent report from the Council of Europe, in Albania 112 males are born for every 100 females – a rather disproportionate figure compared with the ratio of natural demographic growth. Albania has a similar situation to some other Caucasian countries, while Kosovo is among the most problematic countries in the Balkans.

“Selective abortion is not a new problem in Albanian society,” states a sociologist, active in women's rights. “In the traditional patriarchal system, daughters are thought to be born to be given to a husband, and therefore are in some way external to the family. And traditionally they don't carry the family surname. If a family only has daughters, they say that family will become extinct,” she explains.

In the 60s, the Enver Hoxha regime also took note of this problem, in its campaign for the modernisation and uprooting  of traditions considered retrograde. There is a song from that time which, with sentimental words, mocks a shepherd's reaction to the birth of a daughter, as he is at first disappointed but then manages to overcome the problem and become “modernised”.

Experts in the sector say that for many years, during communism,  the problem was no longer an issue. But now - what with the transition, the power vacuum and the institutional weakness - selective abortion seems to have come back into use.

New-old life in the city

Albanian society is characterised by an increasing polarisation when this subject is mentioned: many Albanians who live in the larger towns tend to classify the question rapidly as typical of the north of the country, which is considered the most backward.

The Italo-Balkan decentralised cooperation Programme SeeNet II includes activities specifically aimed at establishing and strengthening a network of integrated local services working to combat violence against women. In particular, the Programme Action led by the region Emilia-Romagna, in partnership with the Italian regions Marche and Tuscany, supports such activities in the area of Novi Sad. In Albania, above all in the areas of Scutari, Elbasan and Valona the same Action, led by Emilia-Romagna, is setting up an ante-to-post-natal course aimed supporting women from the start of their pregnancy through to the post-natal phase. It is also carrying out activities related to job-market analysis and professional training aimed at providing a way into employment for both women and youth, with particular attention on those leaving orphanages. The Programme Action is also assisting the local authorities in their social planning and programming tasks at the municipal level.

Most of the abortions, however, take place in the towns, where most of the population lives anyway. Particularly in the capital, Tirana, massive, chaotic migrations have resulted in a lack of cohesion and the formation of actual parallel social groupings which have little contact with each other. “The women who mostly tend to abort when they hear that they are expecting a female baby usually come from the north of the country. Although living in town now, they continue to act as though they were still in their mountain villages,”  comments the gynaecologist Vjollca Tare.

“There are no accurate statistics, but based on our surveys made in the largest gynaecological clinic in the country - the 'Kico Gliozheni' - in 2010 alone there were 470 abortions, the main causes of which were economic reasons, deformities and the sex of the foetus”, explains Rubena Moisiu, the chief physician at the Kico Gliozheni clinic.

By law, abortion is permitted up to the twelfth week of pregnancy. Within that time limit, however, it is not always possible to tell the sex of the unborn baby. “This obstacle can nonetheless be  overcome,” affirms Rubena Moisiu. “ It is sufficient to get a medical justification from a specialist, and specify a legally acceptable reason, in order for the abortion to be permitted.”

According to reports on corruption in Albania, doctors appear to be among the most corrupt categories in the country. “It's not difficult to demonstrate the need for abortion on the grounds of diabetes or because of a woman's mental health,” Rubena Moisiu explains.

In the Council of Europe, there are those who - to remedy the situation - have suggested preventing Albanian doctors from revealing the sex of the foetus to its parents. But doctors in Tirana are divided on the issue, and many of them regard it as a violation of the parents' rights. Sevim Arbana, head of one of the most active associations in Albania for women's rights, maintains that the best solution is to inform, and start a campaign to make young couples more aware, so that the chance of having a female baby will be accepted with just as much joy as that felt for a baby boy.

Gynaecologist Elton Peçi has the same opinion, as he denounces the patriarchal structure of Albanian society and proposes a series of inspections and sanctions for those doctors who are prepared to carry out selective abortions. “The main problem,” he says, “are the private clinics which avoid state control.”

The authorities have never taken a clear stance on the question, waiting passively to ratify any indications that may arrive from the European institutions. But some claim that the State could do something quite rapidly. “The origin of this problem regards the transmission ,through the male line, of both the surname and inheritance. Men transmit the surname of their father, while women lose theirs, acquiring the one of their husband. This barrier needs to be overcome by allowing mothers to register their children with their own surname, instead of or alongside that of the father,” comments the gynaecologist Vjollca Tare.

A few weeks after the publication of the alarming report of the Council of Europe, selective abortion disappeared from the pages of the Albanian press, without any reaction on the part of the institutions which should be dealing with it. Esmeralda, and other future mothers, will continue to have their pregnancy conditioned by the sex of the foetus. And who knows how much longer most Albanians will hedge their bets, stigmatising selective abortion as “mountain people's ways”, just as has been done with another social affliction of contemporary Albania: the blood feud.