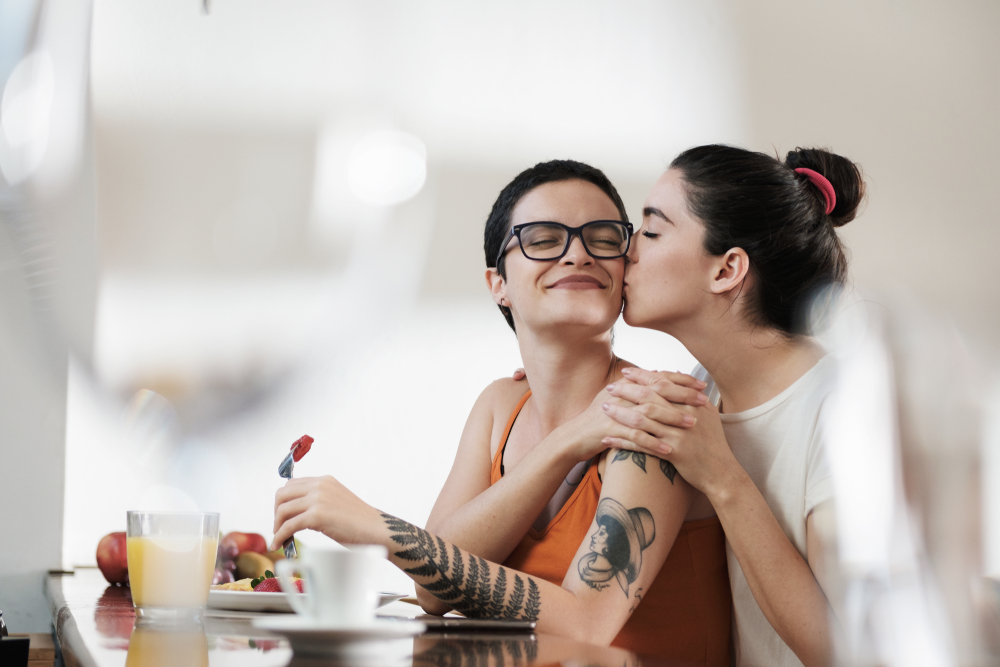 Albania's Order of Psychologists has decided to ban so-called "conversion therapy", i.e. the attempt to change a person's sexual orientation. However, much remains to be done in Albania on LGBT issues

On May 18th, the Order of Psychologists of Albania announced that it will prohibit its members from offering any "conversion therapy" or pseudo-therapeutic attempts to change a person's sexual orientation or gender identity.

This actually outlaws "conversion therapy" itself, as a therapist must be recognised and registered with the Order to operate within a legally recognised framework,.

According to international groups for the defense of individual rights, this is a very positive decision, although according to Ryan Thoreson , a researcher at the Lesbian, Gay, Bisexual, and Transgender Rights Program of Human Rights Watch : "Discrimination against LGBT people in Albania remains high. Studies have shown that efforts to change sexual orientation and gender identity are ineffective and can promote anxiety, depression, suicide, and other mental health problems".

For some time, globally, the World Psychiatric Association (WPA) has criticised these fraudulent therapies, calling them "totally immoral". The Albanian Professional Order joins the medical associations that have spoken out against this type of therapy in Brazil, Hong Kong, India, Lebanon, Turkey, South Africa, and the United States, reaffirming how these therapies come with a serious violation of human rights – discrimination, movement restrictions, and physical and sexual abuse – and can lead to torture and other forms of abuse.

According to Thoreson, "while countries discuss the extent of the bans on conversion therapy, one thing is clear: 'conversion therapy' is widely recognised as ineffective and psychologically harmful. In addition to banning it as a psychiatric and medical practice, countries should take steps to educate mental health professionals and the public about the harm it causes, provide support to survivors, and work to reduce the stigma that drives people to conversion therapy".

Work is needed, however – not only legal, but also cultural – to change prejudices rooted in society. OBC Transeuropa interviewed Anisa Zaçe , an Albanian psychotherapist who lives and works in Tirana, and a very popular writer and blogger .

"I am very happy of this important step for our LGBT community. The ban of the Order of Albanian psychologists from 'conversion therapy' is a huge step forward. It is unfair to let these people go through such a process. Therapy exists because it should help you to become the best of yourself, not to go against yourself", Zaçe comments. "I can say, after so many occasions of dialogue, I speak on behalf of the vast majority of my colleagues. Of course, it is different for patients and public opinion in general: some of them think it was a mistake, because views on certain topics are still in transition in Albania. In general, in Albania the path of psychology itself has been difficult. It was very difficult for people to understand the need for a psychologist; they could usually conceive mental health problems only for psychiatric patients. Seeing a psychologist used to be not at all common, and was frowned upon".

Albania, however, is a country that is changing quickly, Zaçe confirms: "Fortunately, and also thanks to the great awareness and preparation of a generation of psychologists, things have changed a lot. Now most of the population recognises the importance of therapy in our daily life problems, and also for important ones, when we need help to heal a wounded soul".

There is still a lot of work to do, however, regarding freedom of sexual orientation.

"Certainly, because in everyday life it is very difficult to change the opinion of the Albanian population, but a lot of work has been done by our organisations that work with the LGBT community. We have a shelter that takes care of kids who have been turned away from their families. They are given refuge and also an education or a job, depending on the case and needs. Other organisations work more with our LGBT community than with the general population. Because it is important for the community to feel good, at peace, and then work together with respect to public opinion".

One of these organisations is Pink Embassy Albania , which thus commented on the resolution: "It is an important step for LGBTI teenagers, often forced by their parents to undergo conversion therapy, in the hope of changing their sexual orientation or gender identity. Even in a country where social attitudes towards the LGBT community are generally negative and among the most unfavourable in Europe".

The day before the decision, LGBT organisations set up the Tirana Pride 2020 in virtual form, due to the coronavirus pandemic. The multicoloured flag was distributed to ministries and other major public institutions under the motto "Be proud! Raise the flag!".

In 2010, the Albanian government passed an anti-discrimination law that guarantees the legal rights of LGBT persons, but does not allow same-sex marriages. Bias, discrimination, and reports of violence within families are still widespread, although there have been no attacks on Pride in the past as in other countries in the region.

In this sense, the decision of the Order of Albanian psychologists is ahead of the times in Europe. In fact, to date, only Germany and Malta have produced a similar rule, despite a very clear pronouncement in this sense by the EU Parliament in 2018 . In Italy, only some time ago, the ProVita&Famiglia association had no qualms about advertising this 'therapy' despite the scientific literature and the increase in cases of suicide among LGBT kids, who according to a study by the American Academy of Pediatrics (Aap) are under pressure from society.

Albania is at the forefront of civil rights, but with no lack of controversy. Prime Minister Edi Rama, as recently happened for the notorious demolition of the Teatri Kombëtar of 1939 to make way for yet another series of new buildings, has been accused of taking initiatives that are liked by the Western media only to strengthen his image.

In October 2019, Rama had already been accused of 'pinkwashing' for a speech to the United Nations General Assembly which highlighted the rights of the LGBT community as a priority on his political agenda. "Prime Minister Edi Rama used the LGBT case and other marginalised communities to further nurture the false image of Albania as a tolerant country where institutional engagement has significantly improved the lives of marginalised communities. The government's empty promises and recent hypocritical statements significantly undermine our efforts to cooperate with state institutions, making it impossible to create authentic channels of communication. Albania is still far from what is being proclaimed by the Prime Minister to the UN", said in that occasion the Albanian associations. In the ambiguity between propaganda and real commitment, however, the decision by the Order of Psychologists of Albania remains good news.