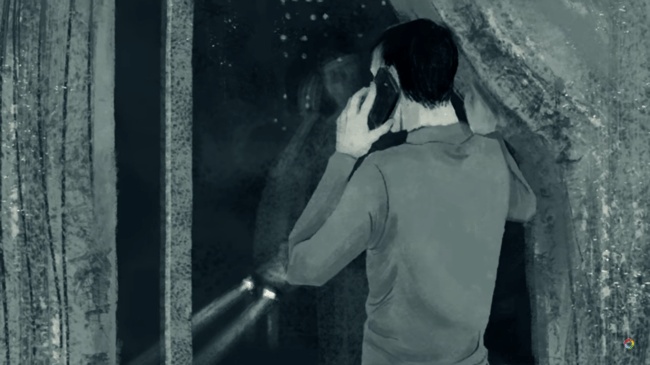 According to a report released by the group on 31 July, 64 people were evacuated from Chechnya over the last four months by the group, and 130 residents of the North Caucasus have appealed for help. The persecutions are still ongoing, the group says.

It discusses three separate waves of persecutions, with the first starting in December 2016 going on through February 2017 and the second in March through the Holy Month of Ramadan (May). A third wave of detentions reportedly began at the end of July and still ongoing.

The report also discusses the practice of blackmailing queer men in the North Caucasus, with police reportedly demanding sums of between $330 to $16,000 in exchange for keeping silent about people’s sexual orientation.

The report includes testimonies from a number of queer people who appealed to the organisation, some of which have since fled Chechnya and are in hiding from police, and in many cases, their own families.

‘They openly told us: “You were brought here because you are faggots. You bring shame on our people; you shouldn’t exist. We will catch all of you. We will fight homosexuality in the Chechen Republic’, said one witness under the pseudonym C D.

‘[In February] my friend called me late at night and offered to come over. I agreed. When he arrived, I went outside the house to see him. I saw him with other people and immediately realised that it was a set-up. The people who were with him were wearing camouflage uniforms. They said that they were taking me away. They started beating me up and saying humiliating things. They said that I’m not a man, just some creature, that I am nothing. That I should rather be a terrorist than a faggot. That a dirty piece of cloth was worth more than me’, witness A B said.

Women, as well as men, were among those that sought help from the Russian LGBT Network. The organisation notes that it received a number of alarming messages from queer women in the North Caucasus even prior to the beginning of the widely reported anti-queer campaign in Chechnya. The women were mainly from Daghestan, Chechnya, and Ingushetia.

‘I needed to hide the fact that I am a lesbian, so I married a man so as not to ruin the reputation of my family. I left the region soon, and my mother renounced me, and everyone in the family knew that this was a sham marriage. Since then, I was attacked with threats from my male relatives, who are seeking to punish me for the lie and my lifestyle’, Q R said.

‘My brother entered my room, sat in front of me with a pistol, and asked me to kill myself. He said that he promised my father that he wouldn’t do it, and that it would be easier to explain to others that it was an accident if I shot myself. I replied that I was not going to commit suicide, and if he was ready to kill me, it’s time’, R S, who had tried to flee her home several times, said. The woman died a week after her last unsuccessful escape attempt.

In the conclusion of the report, the organisation lists the names of those who, according to the victims’ testimonies, directly supervised the anti-queer campaign in Chechnya. The list includes the speaker of the Chechen Parliament, Magomed Daudov, the head of the Argun city police, Ayub Katayev, and the commander of the rapid reaction unit (SOBR Terek), Abuzaid Vismuradov.

‘Chechen police are not only not interested in protecting victims and witnesses in this situation, but also they do everything to silence them and their relatives. They have all the data that makes it easy to exert pressure on these people even outside of Chechnya. It is known that in search for victims and witnesses, Chechen police travel to other regions of Russia and enjoy the support of the Ministry of Internal Affairs on the ground. In such circumstances, victims and witnesses do not have the opportunity to apply to law enforcement agencies’, the report reads.

According to the Russian LGBT Network, the report is only a preliminary work, as they are continuing to receive alarming messages from queer people in the North Caucasus.