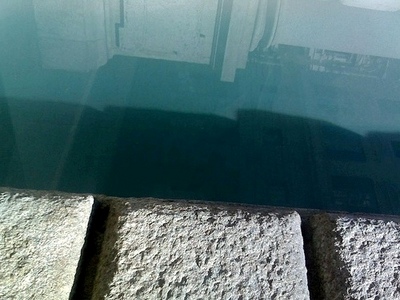 Documentary cinema in Greece: the reality of a cinematographic genre limited by the lack of producers and by themes that are still taboo. Interview with Rea Apostolides, producer and researcher

This interview is an excerpt from the research project "Documentary cinema in the Mediterranean area" commissioned by RAI - Radio Televisione Italiana (Marketing Department), that we thank for the kind permission to publish.

Do you think that there are some typical characteristics of documentary cinema in Greece? Is there any "national" character?

I think that there is a little problem here. There are not many producers and most of the time films are both made and produced by the director. So, directors have very little feedback and sometimes these films are hard to watch because they are slow, sometimes they are very good instead. Anyway, there isn't such a big tradition of getting feedback from the commission and from the TV channels or the producer and trying to conform to specific standards.


What are the main genres of documentary in Greece?

There are many about culture and society, fewer about politics.


Are there stories or themes that you think are not explored enough?

Yes, I think anything that is political criticism, or deals with the relationship with politics and the state. This is very rare, and I think it is a pity, because we have a lot of political problems.


I wonder if there are some specific examples you could bring, e.g.: are there specific taboos in Greek history and politics, do they relate to the past or to contemporary issues, and so on...

There are many taboos in Greece that have to do with the myths our history is built on, from the Greek Revolution in 1821 to the 'great politicians' of the post-war period. I think, we have not learned as a people to be critical and to judge the past objectively, and this is heavily reflected in the topics for documentaries which shy away from these issues.


For example, there has been strong social protest in Greece in the last few years. Are there documentary works that tell such a tale, or that played a part in spreading knowledge and somehow making people more sensitive to socio-political and economic issues?

Yes, there has been strong social protest in Greece in the last years, and there are very few films being made about this subject. There certainly have been films about socio-political issues, but these are not the majority of films produced and are not seen by large audiences.


Why do you think this happens?

I don't think this is a question of censorship, but of self-censorship. Directors are worried that they will not get funding if they make a critical documentary about a corrupt prominent politician, and they are also worried they won't have the means to make such a film. People are afraid that no one even would even show such a film on television, that no one would even finance it, and perhaps that such a film would be sort of self-centred, which I don't think is the case. I think people would be really interested in this.


Do you think that documentary cinema has or should have or could have a social and cultural role in the country's life?

Yes, but I think this could happen much more if the films were more about the problems of today's reality.


Do you think there is a community of documentarists in Greece?

There has been a co-production workshop for the last 4-5 years, organised by ERT and EDN, the European documentary network. There are mostly young directors and it takes place twice a year. It has really made a big difference. There are always 50 to 100 documentary directors and producers, and they become friends, and talk and help each other through things.


Are there specific schools for learning how to do documentary cinema?

A lot of people learn on their own, some study in the UK. Few people study in a film school in Athens but the standards are so high there, and they mostly study fiction. So, not so many documentary directors have gone there.


Is there a history of documentary cinema in Greece?

Yes, I think it started in the fifties. Before then, we had news that were shown in cinemas. In the fifties, we started having creative documentaries, also initially screened in cinemas, before movies. There are some books, I'm not very up-to-date with this.


Can you give a general picture of the documentary market in your country – funding, production, and distribution?

The market structure is not very easy to explain, it is a really fragmented market and there are a lot of directors, maybe less producers. A lot of directors produce their own documentaries, but it is so difficult to name them, there are more than 50-60. There are about 2 or 3 documentaries a year that have cinema distribution, they sell between 1,000 and 20,000 tickets. There are two main channels, ERT and Sky. ERT is the main source of funding for documentaries, they do both series and a lot of co-productions, especially with European countries. The main partners are France, Germany, Finland, and Belgium – sometimes Sweden, Al Jazeera, and Switzerland. Sky is also starting to be interested in the production of single documentaries and series. Documentaries are mostly produced for the domestic market, and then there are 2 to 3 international co-productions a year that also sell on the international market.


Do you think there is a common notion of Mediterranean space, and does it emerge from cinema?

I think not at all. Maybe there is such a notion, but it is not reflected at all in films, nor in partnerships between channels. We recently had a film about wildfires in 2007, which is a common problem in Italy, Spain, and France. It has been really hard to convince people in Spain, Portugal, and Italy to buy the film. Perhaps, there is a common notion, but not collaboration between producers and TV channels.


Where are documentaries mostly promoted or seen?

Mostly on television and less in theaters.


Are there cinema festivals that deal specifically with documentaries?

Yes, there is the Thessaloníki documentary festival every March. It shows both Greek and international documentaries.


Have you got an idea of an average annual turnover of the documentary industry or the average budget for one single documentary?

It is very hard to say. I think that a lot of the documentaries shown in Thessaloníki are produced with 20-30,000 Euro, the very low budget that you have when you are doing a film on your own, maybe even less than that. A lot of people make films without funds, maybe an average amount is 60,000 Euro, which is what the Greek film center and ERT give. They have a program that runs once a year, they fund six documentaries and they give 60,000 Euro to 50-minutes film and about 100,000 Euro to longer, fiction documentaries. When you have a co-production, the budget usually is between 200-300,000 Euro.﻿