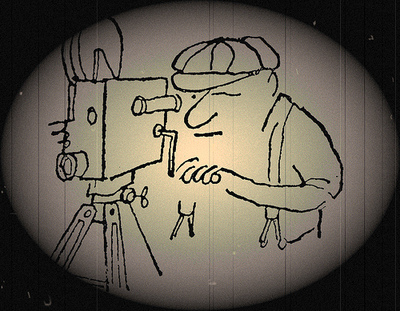 Documentary cinema in Greece: theoretical debates, material conditions, and relationships with institutions according to director Anneta Papathanassiou. Our interview

This interview is an excerpt from the research project "Documentary cinema in the Mediterranean area" commissioned by RAI - Radio Televisione Italiana (Marketing Department), that we thank for the kind permission to publish.


When and how did you decide to become a documentarist?

I've been working on documentaries for the last 5 years, and I started by accident, I hadn't even thought of that. The first documentary came out of anger.

Can I ask what you were angry about?

I was working with a very famous journalist on a documentary about disabled people, but he wasn't interested at all. He kept postponing, and after a year he quit. It was my first documentary and I wanted it very badly, so I did it myself. It was very difficult, as I didn't have any job at the time (I'm an actress too). For my first documentary I got a prize, so everybody thought that I was a director and I became one (smiles).

What is your definition of "documentary"?

Lately here in Greece there has been a very big discussion about what a documentary is. We only have one big festival, and many journalists who do documentary work on television have become very famous, while independent directors are not famous and people don't go to see their documentaries because they don't know them. The only place to show a documentary is a festival, which means you show it once. Sometimes, independent directors do not even get to festivals. There was a big discussion about whether a reportage is a documentary or not. Let's say that a reportage is a special kind of documentary that describes what's going on or the political situation. The creative documentary is something different, that requires one or two years of work and research. We do research, we combine the past with the present and the future. There is often a main character - or main characters - that lives in front of the camera. We don't ask questions and it's not like an interview. I'm very much interested in personal human stories, in my documentaries I like to have a beginning, a middle, and an ending, like a story. I don't like fiction in documentaries, but it’s a personal choice and my personal belief.

Speaking of choices, I would like to ask you about creative freedom for a documentary director...are there specific problems about themes that are difficult to sell but you would like to work with? Are there only economic problems or others as well?

Yes, of course there are in many fields. It's mostly about money, so if we want to do something that doesn't interest the Greek Cinema Center or ERT we don't get money and we cannot do it. That means that we try to find ways to do what we want to do in a way that can interest our Greek institutions. So, if you don't get the money, you don't have the freedom unless you change. I'm attending seminars from EDN (European Documentary Network), they teach us how to go into the international market. And even if you have your own money to do what you want, perhaps nobody shows it.

So, if I understand correctly, the main funders of documentaries are the Greek Cinema Center for directors and television for journalists.

Yes. I have to explain something. The Greek Cinema Center, together with ERT, the Greek national channel, give about 65,000 Euro for a medium-size documentary (45' to 15') and 100-120,000 Euro for 80'-90'. Yet, only one or two films can get 100,000 and 4 to 6 the smaller amount. Documentary series are mostly by journalists, but not only. Other money comes from co-productions and European programs for media development. I got money from the Ministry of Foreign Affairs, but it was a special case. It was about Afghanistan, with something of Greek interest in it. Sometimes, if someone is interested, you can get money even from individuals or the Church.

I found what you said about something Greek in your work even though it was about Pakistan and Afghanistan interesting. Could you briefly explain what it was?

Qadir is an Afghan refugee who has lived in Greece for 9 years now. Here he has found a home and work. He is a refugee, he escaped from the Talibans and could never find his family afterwards. He came to Greece on a boat, illegally, but has managed to survive. This interests the Greek government, because there was something about how Greek NGOs and the Greek Red Cross and Greek doctors helped this refugee, who has become a very interesting and a very helpful immigrant. We went back to Afghanistan, we found his family – this was an example of how we can help people go back to their countries, so there was an interest in our country. Before that, I did documentaries about the Tsunami in Sri Lanka, it was not a reportage but a personal story about someone who survived and got some money from the Greek people, so it was of Greek interest.

What is the general picture of the documentary movie industry and distribution in your country?

In which countries can you go and sell your work?

It depends on what kind of documentary it is – a reportage, a television documentary, or a big festival documentary. In general, we have big problems with the US, Canada, and maybe Australia. There is a problem with subtitles. We might be able to sell a documentary that has voice over and so there is no need for subtitles, but in general, especially in Canada, they prefer their own documentaries. So we cannot sell there, except if it is something very very famous, and also we don't know the market so well here in Greece. The directors and the producers have only begun to check the market abroad in the last three or four years. For my documentaries, I could say that it is easier to sell to Scandinavia, because they are used to subtitles as we are. Here we use subtitles, I don't like to use voice over or narration, I like to use the native language, when people speak their own language, to have dialogue and let the people talk, so that means I prefer my documentaries to have subtitles, which I know is not so usual in Italy. This is why I can sell better in Scandinavia – in Finland, Denmark, Norway. There are other documentarists that use voice over. Let's say you have a co-producer in France, then you can sell easily to Arte, which is one of the best channels. It’s French and German and it only has documentaries. They have strict criteria and it’s not so easy to enter, but it's an honour. I have two distributors now, one is French and the other is Jewish, in Tel Aviv. It’s not so easy to sell from Greece, because we’re not so famous for our documentaries. Only in these last 2 years we have had documentaries of international interest.

And so where are documentaries shown?

There are three TV channels. The national channel ERT has a very nice program showing documentaries that are co-produced internationally. The Parliament Channel also shows documentaries, mostly not Greek. Sky also shows documentaries, a lot of them, many from abroad, and it also does some production. Then there are three festivals – in Thessaloníki, Rhodes, and another one in Kalamata. They’re all focused on documentaries. The one in Thessaloníki is already very famous and is like our “national” festival. According to a former law, in order to get a prize in a festival we had to have our documentary in film. So, even if we had our movie on DVD, we had to transfer it to film in order to go to a competition. For this reason, sometimes the Greek Cinema Center gave a bit more money for the transfer, and so we can see documentaries in cinemas. People no longer want this law now, because it’s very difficult. For a one-hour documentary you need 20,000 Euro to transfer it. For example, when I was in Afghanistan, I couldn't use film and I didn't have the money for the transfer. There are only three cinemas in Athens that can show with a projector, and I managed to show my film. The good thing is, if they push you to transfer and you have it in film, then there are many documentaries that can be shown in theatres. On the other hand, they don't have audience there. People watch documentaries on television, but don't go to the cinema for that.

And why do you think this happens?

In Greece they’re not used to this. They will watch a bit of a documentary on TV, see if they like it, but going out and paying for it is a different thing – unless it's something special, close. There was one about an island, an old coffee shop, and two old people... it was a success, something that touched people, and it is Greek. The story was very touching, people liked it so much. It was a surprising success for a documentary. That same year there was mine about Afghanistan: “Qadir – An Afghan Ulysses”. It went very well abroad, but not so well here in Greece, except for special screenings, where it did very well.

Where did you manage to show it abroad?

First of all, it was co-produced with Al Jazeera, so it is shown on the Al Jazeera English website. Then I got a prize in Rome, I was there, and we sold it in several countries.

Can we talk a little about some characteristics of Greek documentaries, such as dominant contents and themes?

We have lots of documentaries done for television, by journalists. They are about travels, famous people, poets, writers, and so on. There are many of them, since they’re made in series, every month or every 15 days. Oh, and last year there was also a documentary series on food. Documentaries by independent directors with funding from the Greek cinema center have different topics. They have more social contents – not so much historical, historical is more for television, the right word is perhaps ethnological, about our nation – not about ancient Greece.

What is your next project?

The next one is going to be about Pakistan, but I don't know if I will be able to leave or not, it’s a very difficult situation now. It’s about the Kalash people, a special tribe who lives in Pakistan. Historians and they themselves say that they are descendants of the warriors of Alexander the Great. They believe in many gods like the ancient Greeks, we have some of the same gods and they have some festivities that are very much like ancient Greek ones. Actually, I'm more interested in a girl from this tribe. There are only 400 of them and they live surrounded by 165 million Muslims. I'm following a 24 year-old girl that is the first one out of this area to study and the first woman in university. The film will be called “The nymphs of Indocush”. Indocush is a mountain. They believe in nymphs and fairies, it’s like a fairy tale and they have very nice dresses, but now they have really big problems. And so this is how I try to capture some kind of Greek interest also, in order to get money from Greece, but I'm very much interested in international stuff, so I try to combine these two things.