Migrants in Italy, one of two from Eastern Europe 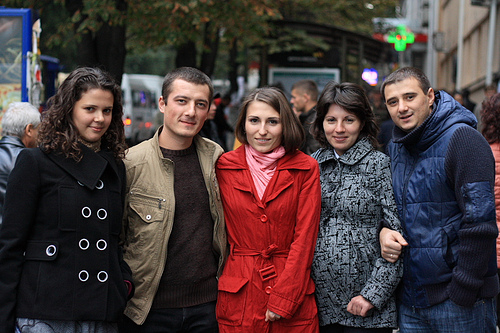 Half of the migrants resident in Italy comes from Romania, Bulgaria, the Balkans, and non-EU Eastern Europe, not to mention those from Central Europe. But who lives where? Exclusively for Osservatorio sui Balcani e Caucaso, an analysis of the main communities by macro-region

Multi-ethnic Italy is developing thanks to Eastern Europe. Half of the resident migrants comes from the Balkans, Moldova, Russia, Ukraine, and Turkey. A significant share, that does not include Central European migrants from Hungary, Slovakia, Czech Republic, and Poland – one of the most represented communities in the country. Drawing from ISTAT (Italy's main statistics agency) data, Agnelli Foundation's research manager Stefano Molina elaborated this picture in exclusive for OBC.

“It was a surprise to see how these national groups, sometimes consistent like Romanians or Albanians, but mostly small and scattered like Montenegrins or Bulgarians, account for half the migrant population resident in Italy” confirms Molina.

Beyond Romanians and Albanians

The numbers elaborated from Istat data 2009 confirm that Romanians and Albanians are are the largest resident communities, that Romanians have by now doubled Albanians (796,000 vs. 441,000), and that residents from small Bosnia and Herzegovina outnumber Russians (30,000 and 23,000 respectively). Especially for some communities, there are many women among the new residents. Ukrainian and Russian women, for example, amount to four times their male counterparts, while we have gender-balanced migration from Cyprus, Greece, and Croatia and mostly male flows from Albania, Macedonia, Bosnia and Herzegovina, Slovenia, Turkey, Montenegro, and Kosovo.

Geographically speaking, Eastern Europeans are mostly concentrated in the centre and north-west of Italy, with a traditional preference for the Adriatic coast. The north and the centre feature, respectively, the highest number and percentage on the population of Eastern Europeans resident migrants.

“Eastern European communities are scattered across the territory – explains Molina. This means that, even within small areas, dominant communities can change from one village or province to another: for example, in the province of Cuneo, Macedonians are prevalent in Barbaresco and Neive, traditional locations for wine production, while in neighbouring villages migrants from Ghana and Senegal become the most represented groups”. In Lombardy, Albanians predominate in the area of Varese and Moroccans in the neighbouring province of Como. This phenomenon is mostly related to migration chains “such as family reunions or the attraction of the first waves of immigrants on those who follow and find support from the pioneers” comments Molina.

"The fall of the Berlin Wall in 1989 triggered a new form of mobility" thoroughly explained, in her recent works, Catherine Wihtol de Wenden, director of the International Research and Studies Centre (Ceri) headed by the “Centre national de la recherche scientifique” in Paris and consultant for Osce and the EC as a migration expert. A continent-wide phenomenon, "marked by the gradual opening of borders by authoritarian regimes and then by the flow of war refugees at the time of conflicts in former Yugoslavia" explained Wihtol de Wenden. However, geographical proximity created a new relationship between Italy and the Western Balkans.

In most Italian regions, Romanians and, to a smaller extent, Albanians are the leading migrant communities. However, Bulgarians, Macedonians, and Ukrainians are the emerging communities. Macedonian communities are significant in Piedmont, Marche (where they are the largest community, with 4,562 registered residents, in the rich province of Macerata), and Abruzzo (where they are the third largest group). Namely, in Piedmont, their presence has become crucial for the survival of quality Italian production. “In the Cuneo area, Macedonian workers are fundamental in relaunching the production of Barolo wine, a sector that had been suffering the lack of skilled labour – notes Molina. Even Carlin Petrini, guru of environmental and agri-food protection, said that Barolo today would not exist without Macedonians. Development is based on exchange. Macedonian workers, who arrived in the nineties, were already skilled, since their domestic tobacco cultivations share similar characteristics with vineyards”. Another north-western community involved in quality agri-food production is the Albanian one. In Liguria, Albanians are specialist in harvesting olives – with more successful outcomes than elsewhere in Italy, where agriculture and exploitation often cause abuses and tensions.

According to Istat data, almost a quarter (23.3%) of foreign residents in Italy is registered in the municipalities of Lombardy, that accounts for almost twice the number of resident migrants in the south. The province of Milan hosts by itself almost 10% of the total foreigners.

The Italian north-east has been a traditional destination for Eastern European communities since the fall of the Berlin Wall and the post-Yugoslav wars. Namely, sources from Regione Veneto show how the territory hosts around 1/3 of Bosnians in Italy, mostly living in the province of Vicenza (3,500 people, i.e. 42% of the region's total). Veneto hosts also 1/3 of Serbs and Montenegrins (around 21,000) resident in Italy. Also in this case, Vicenza is their “capital”, with the largest concentration of Serbian and Montenegrin migrants (18% of the national presence), but also transfers from the areas of Vicenza and  Verona to Treviso. Turin and Rome, on the other hand, have become “little Podgoricas”, although Montenegrins are still a small community, while Serbs are the largest group in the area of Trieste, with 5,755 residents. According to the Ministry of Welfare, constructions and tourism, in addition to agriculture, have been the leading sectors in attracting and consolidating migration to the area in 2010.

Albanians on the Adriatic coast

Also in the south, the crucial role of migrant workers in agriculture and in the harvest of olives and tomatoes has encouraged the Eastern European presence. However, if according to the national average 15% of migrants work in the fields (data from Coldiretti, association of agricultural entrepreneurs), this percentage rises to 60% in Puglia and 80% in Sicily, with high incidence of abuses and exploitation of irregular workers. Médecins Sans Frontières (MSF) and Caritas documented how migration flow from the Balkans have often started by bringing whole families on the fields, including elders and children. Albanians and Romanians are the dominant communities in Puglia, generally doubling the figures in comparison with northern Italy. The two communities together averagely make up for 1 foreign resident out of 3, sometimes 2 out of 3.

In Lazio, all migrant communities are represented, especially in the area of Rome and those well connected with the capital, like Latina and Viterbo, where housing is more affordable. In the latter two provinces, one out of two resident migrants is Romanian. After Rome (4,479 residents), the “Moldavian capitals” are Padova (3,511), Venice (3,150), Parma (3,134), and Turin (2,951). In Rome and province, one foreign resident out of 3 is Romanian.

Ukrainians are the largest migrant group in Campania (23% and 30,000 individuals), especially in the areas of Naples and Caserta, crossroads for Ukrainian migrants all over Italy, where the business of care workers (“badanti”) also involves organised crime, as recent reports have demonstrated. After Rome, Naples, and Milan, Italy's Ukrainian capitals are Bologna and Brescia (with 2,175 and 2,083 residents respectively according to Istat data for January 2009).

Further south, the “Immigration report 2009” by Regione Calabria highlights a Bulgarian boom over the last years: Bulgarians make up for the 5,8% of the resident migrant population – five times as much than the national average of 1% – with special concentration in Vibo Valentia. It is worth noting how Bulgarian communities are small and scattered across the country, mostly in Lombardy, Tuscany, and Lazio, where they are concentrated in the Rome hinterland, in Anzio and Nettuno (mostly populated by migrants from Vidin, a town 200 km north-west of Sofia). However, Italy is not the preferred destination for Bulgarians, who mostly choose Germany, Spain, and the US.

Finally, Romanians are the largest community also in Sardinia and Sicily, where they often outnumber the traditional Tunisian presence.

The path of integration

The new residents from Eastern Europe are part of the new story of Italy, province by province – one that is sometimes successful, sometimes hard. If Italy – a country of arrival whether it likes it or not – remains mostly allergic to immigration, a closer look reveals how, as writes Stefano Molina, "there are places (productions that cannot be de-localised, families abandoned by the Welfare state, schools) where integration is silently making its way”.