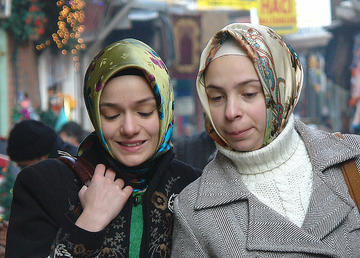 Leader of the Turkish feminist movement, Fätmagül Berktay has defended the right to university even for those wearing the veil. “The Kemalist constitution let us move forward in society, but it had no effect on domestic violence, widespread in any class and ethnicity. The EU would make us stronger”. Our interview

Along with being the Head of the International Relations Department at the Faculty of Political Sciences of the University of Istanbul and the author of two essays, “Women and Religion” and “The Gender of History”, also published in Canada, the USA and the United Kingdom but never until now translated in Italian, today Fätmagül Berktay is in the frontline in the Turkish feminist movement.

Here in Istanbul, women are more and more visible but the number of those wearing the veil is increasing... 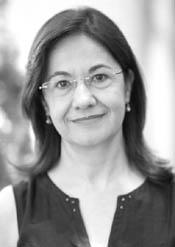 Head of the International Relations Department at the Faculty of Political Sciences of the University of Istanbul, Fätmagül Berktay has studied and trained in Ankara and the University of York, in the UK. She has been active in the Turkish feminist movement since 1983 and was Adviser to the State Minister in charge of Social Affairs in 1994-95. She represented Turkey in various international seats, including the European Council, where she sat in the Experts Committee on equality between men and women, and the United Nations, where she was a member of the Turkish delegation in the “Committee for the Final Declaration” at the Fourth World Conference on Women in Beijing.

Fätmagül Berktay has founded some social research centers in Turkey and is a member of the Board of the Women’s Library. In 1994 Berktay published a collection of essays, Kadın Olmak, Yaşamak, Yazmak (“Being a Woman, Living and Writing”). Her second volume, Tektanrılı Dinler Karşısında Kadın (1996) is a comparative study on women’s condition in monotheistic religions, published in English with Black Rose Books with the title Women and Religion (1998). Her most recent work is Tarihin Cinsiyeti (“The Gender of History”). L.D.

We are conquering more public space. This is one aspect of modernization and we are planning on doing even better. It is true, many women cover their heads with the veil, but with it at least they are able to leave their house and get away from their family. It must be said, though, that in this same expansion phase, women are more discriminated at work at the time of hiring. Maybe it happens out of Turkey too, but this is certainly a moment of economic regression for women, here.

They are paid less than their male colleagues, and for the same work they usually cover inferior positions. It is because of this that we must work for greater visibility, more employment, more education, and we have to gain cut our teeth to try and catch up to Europe. Europeans, however, soon forget their history, since for a long time they were like us today, and women’s rights are quite recent. It is only a matter of time before our rights are recognized also here in Turkey.

How far are women’s rights on the political agenda in Turkey today?

We have always had them in our country, since the beginning, thanks to the founding fathers of our Republic. It was very important, because the Ottoman empire was run by the sharia and no role for women in public life was conceived. Their destiny was extreme segregation. Instead the Republic recognized us as citizens.

But then again, middle-class women have deeply internalized the official ideology, thinking: OK, now I have the right to vote, so I don’t have to fight for much else. Those first Republican reforms did have a positive impact, for example on women’s admissions to university, with a number of enrolments that today is higher than in Sweden. This did not, however, reduce violence against women, which is today highly widespread in Turkey. Ours remains a paradox: in our country, 38% of women have a university degree and 18% are illiterate.

Let’s talk about violence in Turkish society. Is it a problem of some communities only?

We are divided. And women are divided amongst them, too. It is as if there were not only one Turkey, but two or three. Of course, the plague of violence is not only limited to the South-Eastern part of the country, it also afflicts Istanbul. Ugly words are used, like “honor killing” or “crimes of passion”, but they are attacks against women, who are brutally punished with the excuse of jealousy. It is a problem for all women in Turkey, not only for Kurdish women.

I would actually say that Kurdish women are putting up an impressive fight, even if they are surrounded by feudal oppression. I guess that today they are the most vital front of female claims and demands in Turkey. Diyarbakir has even been declared “women city”. Then there are Kemalist women and women who practice and abide by religion, that is true. But there also women like me, many women, who do not adhere to the major groups but are convinced that together we will put ourselves across. This is why I signed the petition for women with the veil to be admitted to university, even though I do not at all support political Islam.

We are women from different classes, ideologies, ethnicities and religions, but we will reach these objectives together. I have faith in the future. Maybe it is because I work with young people and feminist organizations, but I would define Turkey an open-minded society.

What changed for women in Turkey, with the leading Islamic-moderate majority?

I know this majority is sometimes seen as a threat, but take for example the new draft of the Constitution and the first article approved by Erdogan’s government: there are positive actions for women’s rights. This does not, however, leave paradoxes out: the government is considered Islamic, but it is planning on entering the European Union and it does support some women’s rights.

In what ways do you think Turkey is a complex and paradoxical country?

Let me give you another example. We have had a heated debate for women with the veil to be admitted to university. I think they too have the right to study in university. For example, those in my courses on women and religion. In a way, religions are patriarchal ideologies. So, why not? Let them attend with their veil on.

What kind of support does the EU represent for the condition of women in Turkey?

It would be better for us to enter the European Union. I do not know if it would be economically convenient for Turkey, but from the political point of view it would help greatly. The majority of reforms started in our country in the past few years are EU-oriented, with the aim of adhering to the Union and of meeting the parameters required by Brussels. What everyone should understand is that supporting Turkey’s adhesion to the EU means supporting our civil society, Turkish women and all progressive political forces in the country. We still really need the EU, and Turkish women know it. For this, all surveys underline that women are staunch supporters of the EU, more than men. They are the major supporters of adhesion.

Do you think the future of Turkey is European?

It will not happen soon, maybe, and that is a shame. Turkey might get tired of waiting, frustration might prevail. But I do not think we will have to wait forever, since we are a medium-caliber power and, compared to the Twenty-seven, self-sufficient from the economic point of view. On an economic level, the EU possibly needs Turkey more than Turkey needs the EU, even though they do not seem to understand this in Brussels. Things might change in the future, but it seems to me the role that Ankara might play within the EU is slipping them.

Even I am worn out by this eternal wait we have been confined in. In this case, the EU has shown to have double standards. It deems Turkey too poor, but then it admits Bulgaria and Romania in the club. Go to Sofia and compare it to Istanbul! Pale in comparison. Unfortunately, another behavior which is definitely negative is connected to religion. But I would not call it simply religion: it is a sort of barrier to women’s rights, which has socio-economic, political and psychological origins. It has the same foundations of patriarchy, based on unequal relations between men and women. It is an evil that infects all societies, even the European society. But there is another official enemy in Europe, today: Islam, as Communism used to be.

For me, the EU is a project of civilization, an aspiration not only for Turkey or any other country bordering it, but also for the same Member States that have not yet reached the objective. For this reason, the idea of European Union cannot be limited to a religious project. It is not the club of Christian States. If it wishes to be, it should say it openly.

But in Brussels, they do the opposite: they deny it is so, however acting on the basis of a religious platform anyway. This is neither fair nor impartial.

Are you saying religion is the true obstacle to Turkey’s adhesion to the EU?

On the one hand, yes, even though it is not said openly. I know very well that migrations create great difficulties in Europe, mostly those from Africa and the Middle East, which are linked by the Islamic matrix. And this is what people fear. I think, though, it is not a problem with Islam, but rather with migrations, poverty and unequal global relations. It is easier to blame Islam than to deal with these concrete challenges.