Summer in Greece: a glimpse into the backstage

Welcome to ‘hell’: working on a Georgian railway construction site 06/03/2018 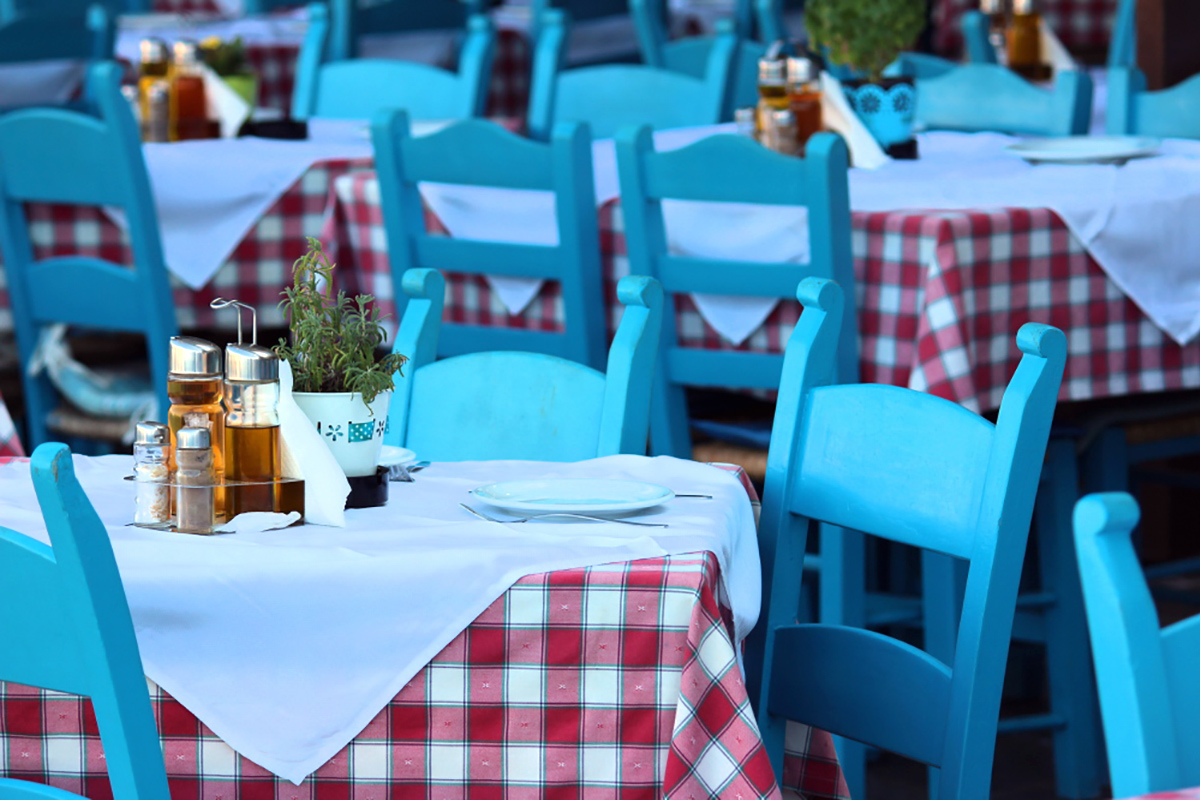 Tourism in Greece is the driving force behind the economy. Many, even with higher education, seek opportunities in this industry, often falling to painful compromises with their rights

"I was dressed in a white Ralph Lauren shirt in thick fabric; a slim, silk tie; and creased trousers. Fine, black leather shoes". Vassilis, a man in his early thirties, with a masters' degree in Economics and a recent PhD candidate, recalls a warm night in a restaurant at a seaside tourist resort of Northern Greece, last summer. "Only indistinct chats and loud crickets could be heard, while people around me were dining under open skies. I couldn't pay too much attention to the glimmering stars above, though", he adds. "The night was still young and I had to work until late. I was the waiter".

According to a report by the World Travel and Tourism Council on the economic impact of tourism in Greece, the expected revenue for 2017 amounts to 35 billion euros, making up 19.6 percent of the country’s GDP. Tourism growth comes with a boost in employment too – the 30 million expected visitors will create a demand for 914.000 workers.

Vassilis is one of these workers, but not permanently. Like 80 percent of hotel staff in Greece, he is a seasonal employee, working only half a year during the tourist season. While these jobs are much needed for the hordes of unemployed Greeks, success stories often leave out important qualitative elements about work in the tourism industry.

Thanos1, 28, has worked as a seasonal employee for 6 years. He studied cooking, but has held various positions in Greek hotels. "In my first seasonal job I only got 300 euros per month, but I was there for the practice. I worked 12 hours a day, with 2 days off per month", he told OBCT. "The year after, I was paid 600 and later 900 euros as I got promoted to the kitchen. Other years, my salary was 1,000 to 1,300 euros depending on the position. Apart from a job in Santorini where I had a normal 8-hour shift, in all the other cases there were no specific working hours. In Crete, I worked 16 hours a day. There are no days off until the season ends".

Having no days off for 6 consecutive months is the norm for seasonal workers in the Greek tourism sector. Nevertheless, it is illegal. As stressed by Panagiotis Prountzos, president of the Federation of Food Workers and Tourism Employees: "The legal norm for hotel employees is 8 hours per day, 5 days per week, with an exception for small hotels where they can work 6 days with shorter shifts. However, agreements are made under the table and employees agree to working non-stop for 6 months".

The lure behind such agreements is the good money, and what makes the money "good" is the comparison with salaries from other sectors. Especially in the years of the financial crisis, earning 1,000 euros per month is regarded as a privilege.

However, this is not true, explains Prountzos: "The truth is that they don’t get paid for working overtime. This year the salary for a chambermaid is 700 euros, 800 for a waiter, and 900 for a receptionist. But if you count the actual working hours, no days off, working on Sundays, and the night shifts, even the salary of a chambermaid should be 1500 euros. Half of that remains in the pockets of the employers, but we can’t do much about it, since employees have agreed to that".

Karolina Niamonitaki, 25, during the winter works as a journalist. This summer, she will also work as a waitress in the upper islet of Koufonissia. She agreed for 45 euros per day and extra tips. The rest of the agreement appears to be legal. She says that money is the reason behind her choice: "I don’t think this salary can be compared with the salary of a young journalist in Greece those days. That’s the only way I can earn some money quickly".

This is her second time as a seasonal worker and her first experience was not that bad. "It can be tough in the beginning and it requires self-discipline. You can’t get sick. Everyone in the job took vitamin supplements for the whole summer", she says. "Maybe it can get disappointing to see everyone else enjoy their vacation", she admits, but she also adds that during that summer she went swimming more times than ever before. "It takes much search to find a job with both decent pay and good conditions", she concludes.

The other big issue in the life of a seasonal worker is living conditions. Employees usually stay in small, old rooms which they share with others. Lack of personal time meets the lack of personal space. Thanos once stayed in a block of rooms with only one bathroom for 25 people. "You’ll find third-world living conditions in 90 percent of the cases. I never expected a palace. But I demand a civilised place to stay". He decided to quit because of that.

Seasonal workers often have quite a few stories of employers' cruelty to share. The psychological pressure of working non-stop combines with the burden of dealing with employers that cannot be bothered with the law. As Thanos told OBCT, he once found the strength, along with his colleagues, to sue a hotel owner in Crete for breaking labour legislation. Luckily, the case reached the court and the owner had to close down the hotel for several months as a penalty.

In other cases, however, tourism employers do not break the law, but find ways around it. Prountzos recalls when the largest association of hotel owners in Greece, that of Heraklion County in the island of Crete, decided to self-dissolve in order to avoid implementing the legal agreement on wages it had made with the Worker’s Unions. By dissolving their association, they avoided the obligation to pay their employees as much as it was defined by the sector's contract.

"All this tourism growth, all these records of visitors and revenues, seem to have no positive impact on labour. In fact, the lack of labour rights weakens tourism's contribution to development. Tourism could and should be the catalyst for the reconstruction of the economy", concludes Prountzos.

In the same high-end restaurant where Vassilis used to work, he met Michael and Monika, a newly married couple from Switzerland. They were in their thirties, both with masters' degrees in Marketing. "While in the restaurant, I had to address them in the same polite and formal way as any other customer", says Vassilis. Nonetheless, they made friends.

"After my shift was over, I used to hang out with Michael and Monika in a nearby village. We enjoyed long conversations over drinks until late", he adds. Indeed, the three of them had a lot in common – studies, interests, and life expectations – but just very different national economies.

1 Both Thanos and Vassilis preferred to go without surname. The names are real.