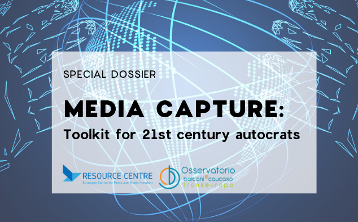 In Alina Mungiu-Pippidi’s definition, media capture is a situation in which the media are controlled “either directly by governments or by vested interests” which seek political influence rather than profit. The result is the creation of a hybrid regime, halfway between democracy and totalitarian state.

The 8th of a series of thematic itineraries to explore the Resource Centre on Media Freedom through a curated aggregation of contents. This dossier has been developed within the ECPMF project.