Serbia: “The court shows a clear intention to release those accused of murdering journalist Ćuruvija" 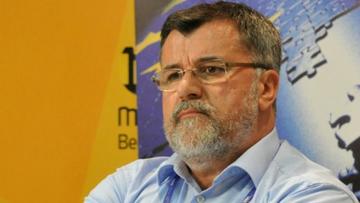 Veran Matić, president of the Commission for the Investigation of the Murder of Journalists in Serbia, assessed that the progression of the trial for the murder of journalist Slavko Ćuruvija, which has been ongoing for more than three years, suggests the acquittal of those accused of the murder, which took place in April 1999.

“I have the strong impression that this trial chamber has led this procedure as if it did not want to lead it, or as if it had been forced to issue an acquittal mapped out in advance,” said Matić.

He considers that the Trial Chamber conducted this case irrationally, that the defence was permitted to obstruct the proceedings, and indicates that many witnesses did not remember their statements made during the investigation in previous years. Matić recalled that some witnesses had attempted to discredit those who pointed to possible links between the accused and the murder, to peculiar hearings with no clear meaning and visible objective, to time wasted on exhausting, irrelevant issues.

In an article about the trial against those accused of murdering Ćuruvija, weekly news magazine NIN presented new details indicating that both the investigation and the trial have been burdened by pressure placed on investigators and witnesses. Among other things, the NIN article states that some monitored conversations indicate that there were also plans to murder Dragan Kecman, the inspector who uncovered key evidence regarding the involvement of the accused in Ćuruvija’s murder. According to NIN, Kecman was reassigned two years ago, replaced without clear explanation from his position as the head of the Directorate for Fighting Organised Crime (UBPOK).