EU-Turkey Agreement: an appeal to the European Court of Justice 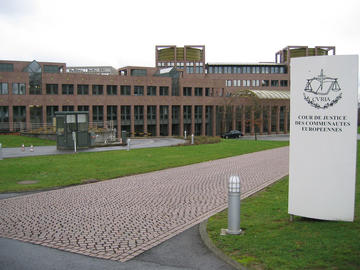 Access Info Europe, a Madrid-based organization promoting access to information, filed a petition to the European Court of Justice asking the disclosure of the legal details of the EU-Turkey deal on migration

The Spanish organization Access Info Europe  announced late last week that it had filed a petition to the European Court of Justice (ECJ) requesting to the European Commission the disclosure of the legal details of the EU-Turkey deal on migrants, signed on March 18th, 2016.

The decision comes after the reiterated rejection by European institutions to provide the details - requested by the organization on two separate occasions via the platform for access to information AsktheEU.org .

Both requests and their responses are available online (they are, respectively, the request submitted to the Directorate General for Migration and Home Affairs and the Legal Service of the European Commission ). In both cases, access to the documents was denied citing as reasons "the need for protection of legal advice, the decision-making process and international relations". So far, only a few, heavily redacted e-mail were released.

The agreement on migrants, known only in the form of a concise statement issued on the sidelines of the summit on 18 March, has been subject to much criticism.

On the one hand, human rights organizations such as Human Rights Watch have openly defined it as “a disturbing disregard for international law covering the rights of refugees, asylum seekers, and migrants”. In the wake of this criticism, Médecins Sans Frontières (MSF) announced its decision to renounce all forms of EU funding.

Equally concerning have been the uncertainties at the time of implementing the deal. The extremely concise wording of the statement has given way to numerous violations of the rights of migrants already present in Greece when the deal entered into force.

Access Info Europe is now demanding to have access to documents containing the Commission's assessment of the legality of what has been agreed with Turkey, on the basis of the unquestionable strong public interest in disclosing this information.

“The refugee crisis, and the associated humanitarian crisis, has been the most debated political topic in the EU during 2016 and yet key decisions are being taken with an abysmal lack of transparency, let alone public participation,” stated Helen Darbishire, Executive Director of Access Info Europe.

“There is already a crisis of trust and legitimacy in the EU and to deny the public information on whether decisions are in line with EU and international law, stifles public debate and creates a larger space for false news and populist discourse,” added Darbishire.