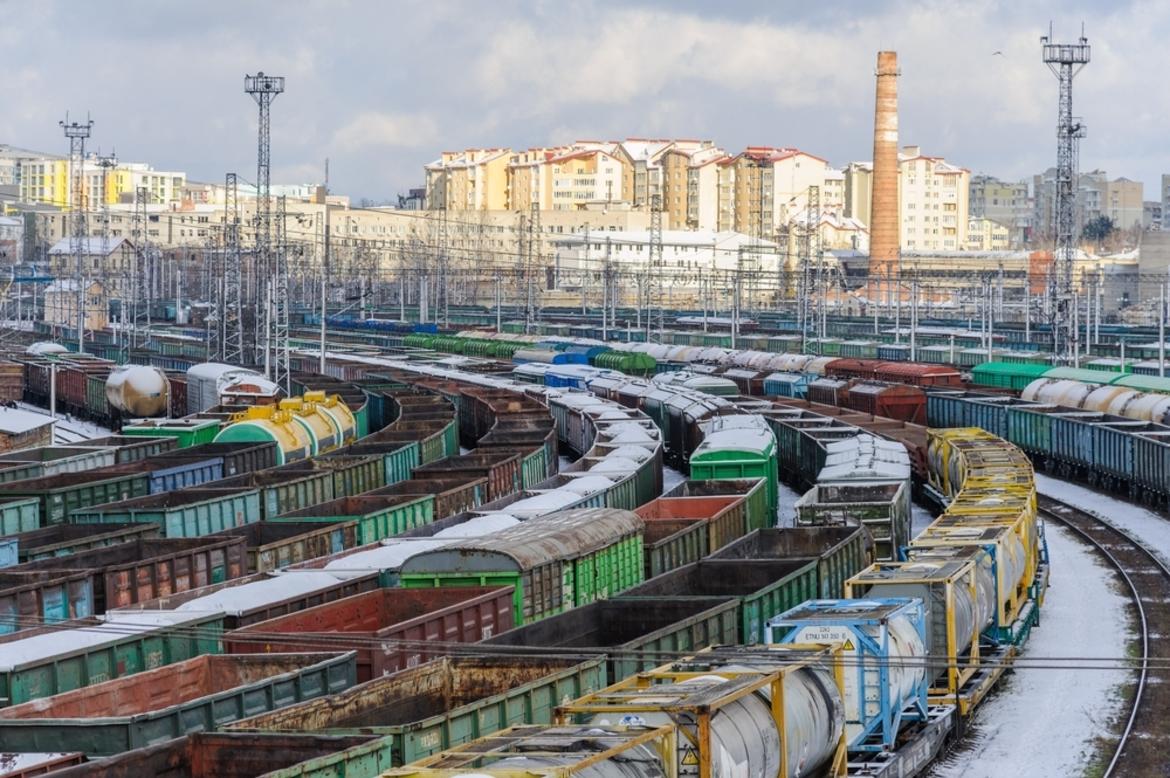 Whether they’re evacuating civilians, transporting troops or exporting goods, Ukrainian railways are on the frontline of resistance against the Russian invasion

With more than 230,000 workers, the Ukrainian railway company Ukrzaliznytsia is the largest employer in the country, and since the start of the Russian invasion it has found itself on the frontline of the conflict.

“The first priority was evacuating civilians. We have always prioritised safety, often by making trains run extremely slowly. Our aim was to allow the maximum number of people to escape. That’s why passengers didn’t need to have tickets”, explains Alexander Kamyshin, director-general of Ukrzaliznytsia.

Since the start of the war, more than three million people have fled by train, mostly towards the west of the country. Many continue their journey to other European countries. However, despite these large numbers, evacuation was set back by Russian bombardment.

"Since the first days of the war, the rail connection with Mariupol was broken”, continues Kamyshin. “On the other hand, so far we’ve been able to get trains to Donbas.”

This is even more crucial as Russia ramps up its offensive in the East. More than 23,000 km of railway lines goes through Ukraine, making it the third largest network in Europe.

While the number of trains carrying civilians fleeing the war has gradually reduced in recent weeks, allowing the company to reopen many of their ticketed routes, other challenges have been quick to appear.

“With ports blocked in the Black Sea, the transport of goods now has to be done by rail, which presents a major challenge in terms of infrastructure”, says Michael Kloth, spokesperson for the International Transport Forum, an intergovernmental organisation with 63 member countries, including both Russia and Ukraine.

“That's about 12 million tonnes of freight a year," says Kamyshin. “In order to move it across Europe, we need more cooperation with more European companies. Deutsche Bahn is an important partner. We have fewer ties with SNCF, though they recently sent us a letter to find out what we need.”

From Berlin, German and Polish companies have set up a rail bridge with Ukraine in order to deliver humanitarian aid.

The war has completely altered the geography of rail freight.

"Ukraine sits at the centre of one of the major axes of the new Silk Roads, between China and Europe. Now Chinese products can’t get through because the border between Russia and Ukraine is cut off. Sanctions also prevent transit through Russia. So, for exports, China will be giving even greater priority to the sea route," says Bernard Aritua, a rail freight specialist at the World Bank and author of The Rail Freight Challenge for Emerging Economies (World Bank, 2019).

Ukrainian products now have just one export destination: Western Europe. However, there are many obstacles, not least the difference in track gauge between Ukrainian rails (1.520 mm) and those of other European countries (1.435 mm) - a legacy from Tsarist Russia. At the border, goods must either be transhipped to other wagons, or the axles of the trains must be changed, which in all cases takes several hours.

The war has also opened up new business opportunities for Ukrainian railways: namely, the transport of foreign government officials. "British Prime Minister Boris Johnson and Mayor of Paris Anne Hidalgo recently came to Kiev by train. We set up special convoys for them," explains Alexander Kamyshin.

So, perhaps most importantly, what about transporting troops and military equipment? For reasons of security, the director-general of Ukrzaliznytsia refuses to comment, though he did salute the Belarusian railway workers who have carried out sabotage operations preventing the passage of Russian convoys through Belarus.

As part of its efforts to annex Ukraine, Russia is also taking aim at the rail system. After the invasion of Crimea in 2014, Moscow set up train lines that directly link major Russian cities to the peninsula, without passing through the rest of Ukraine.

In order to facilitate these lines, an 18 km bridge was built over the Kerch Strait at a cost of 3 billion euro. Vladimir Putin himself inaugurated the bridge in December 2019, ensconced in the train driver's cabin. The lines linking Crimea to the rest of Ukraine have all been cut off at the border.

A major endeavour for European rail

More than ever, railways are a subject of regional geopolitical tensions between Moscow and its neighbours. The European Union is currently financing the "Rail Baltica" project, which aims to connect Poland to Finland, and thereby limit Baltic countries’ dependence on Russian rail transport. The new train line, scheduled to open in 2030, will use the European gauge.

Both passenger and freight transport are planned, at an estimated cost of 5.8 billion euro. Meanwhile, Russia complains that the project will allow the transport of NATO troops and military equipment along its borders. It is worth noting that China is also involved in "Rail Baltica", contributing funds for the underwater tunnel between Estonia and Finland. The colossal new infrastructure is expected to facilitate trade on the new Silk Roads. Clearly, the project represents a major endeavour for European rail.

Since the start of the war in Ukraine, the Russian army has regularly destroyed rail equipment. On 8 April, a bombardment hit Kramatorsk station, killing 52 people.

"I don't get the impression that Russia targets train stations any more than hospitals or playgrounds. Everything is a target for them," says Kamyshin. “But they should know that as soon as they destroy tracks or a railway bridge, we repair them immediately. We’ve become very responsive.”

Clearly, this new responsiveness has come at a price: since February, 95 Ukrainian railway workers have died and 103 have been injured. "Reconstruction of the network and infrastructure will be a crucial challenge," says Michael Kloth. EU transport ministers are set to congregate at the next International Transport Forum from 18 to 20 May in Leipzig. Ukraine will be a major topic of discussion.

As Kloth reminds us. “The International Transport Forum was created right after the second world war, with the explicit mission of reconstructing post-war transport infrastructure. Thus, the current situation marks a tragic return to its roots.”

The original article has been published by Alternatives Economiques  within the European Data Journalism Network. Ciaran Lawless of Voxeurop translated the article into English.