Turkey: the map of violence against women 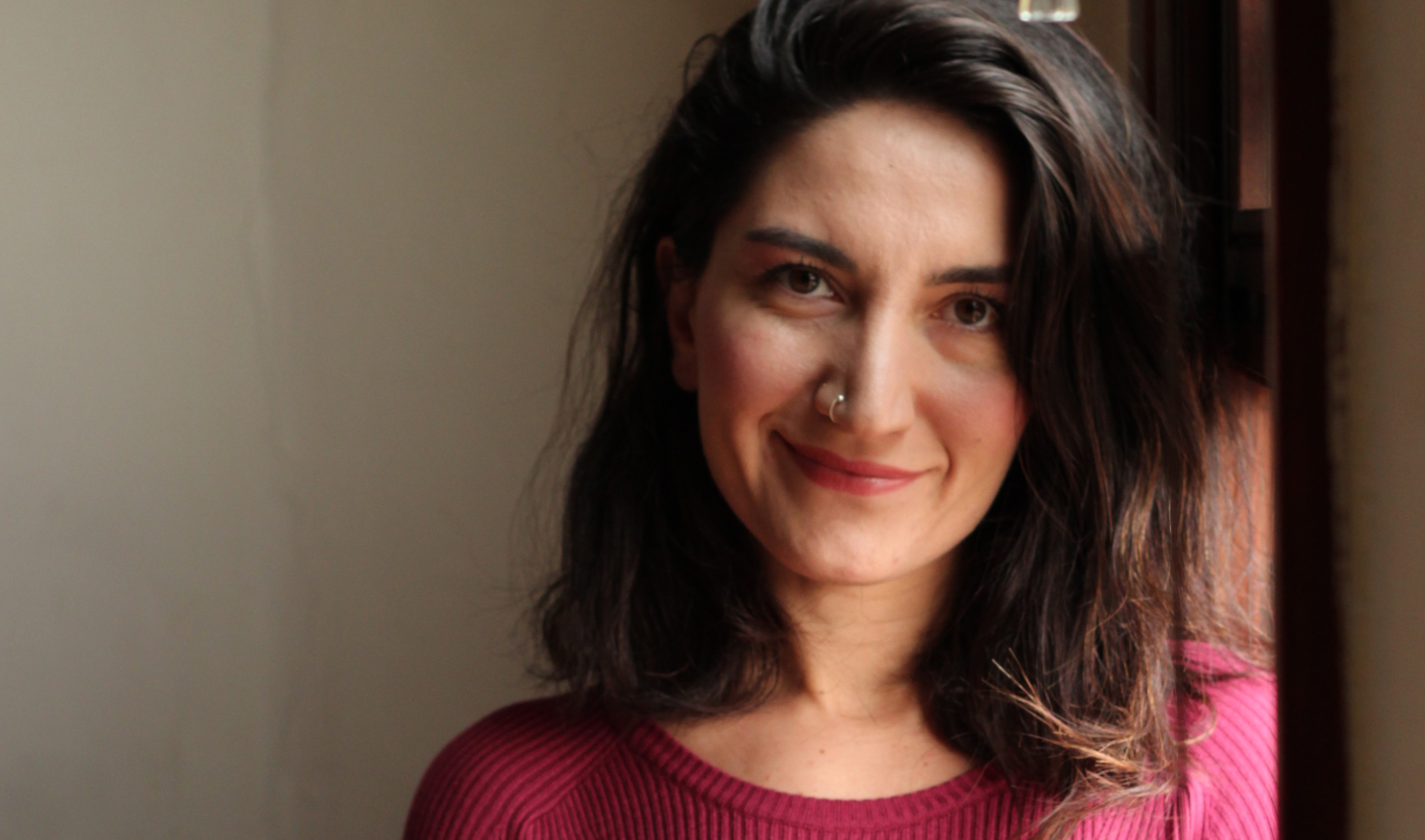 Ceyda Ulukaya, the journalist that built the map of femicides in Turkey

An interview with Ceyda Ulukaya, journalist and creator of the first map of femicides in Turkey – an original and appreciated data journalism project

Ceyda Ulukaya is a journalist and the creator of the first map of femicides in Turkey. The project, realised in collaboration with Sevil Şeten and Yakup Çetinkaya, was among the finalists of the 2016 Data Journalism Awards, in the Small Newsroom section. The map covers the period between 2010 and 2017, in which at least 1,964 women were killed. In addition to providing the date and place of the murders, it features qualitative filters that indicate the demographics of the victims, the relationship they had with their murderers, the "pretext" of the murder, and the outcome for the murderer. According to the journalist, it is almost a war report. We have interviewed her.

How did the idea for this project come about?

It was around the end of 2014, when I started dealing with data journalism. I was aware of the Bianet centre and their annual reports on male violence, as I did my internship there much earlier. So I started to examine the Istanbul Convention, which commits the signatory states to collect data on the murders of women. The idea was to create a map that could highlight the gravity of the phenomenon in a simple and immediate manner, especially for those who are not familiar with the issue. I applied to the "Objective investigative journalism" programme of the P24 platform, which funded the work, that lasted a year. The website was then published for the first time on November 25, 2015. I would like to get to cover at least ten years, until 2020, but it is necessary to find new funding.

Which sources did you use to collect the data?

At first I had imagined that I could obtain the data I needed by submitting a request to the various ministries, on the basis of the right of access to public information. I was hoping to get even detailed information about the women. Unfortunately, none of my requests was answered. Each interlocutor told me to ask someone else, the ministry of Justice, the gendarmerie, the police station, the ministry of the Interior... In the end, I was told that the required data required additional work and therefore it was not possible to communicate them. 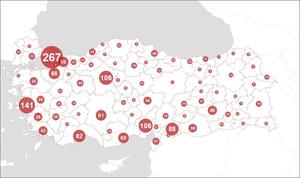 Screenshot of the map, interactive and constantly updated , on femicides in Turkey.

But do not the ministries have their own data?

Ministries, especially that of Family Policies, periodically publish statistics on the topic. In 2009, the latter announced that there had been an increase of 1,400% in the murders of women, causing a great fuss. The ministry then continued to update those data, with numbers that have become much more "acceptable". However, when I applied for access to such information, I was told that there are no such data. So, it is not clear if they actually have it. On the other hand, some women's organisations and Bianet itself started to count cases of femicide precisely because of this incongruity. So, faced with such difficulties and wanting to adopt the maximum transparency on the issue, the media have become the direct source from which to draw this data.

Which method did you use for data collection?

I used Bianet's bulletins on male violence, which are written in the form of reports – for example, they say that a woman was killed by stabbing in a given city. In particular, in the slightly older cases initials are often used. For each of these cases, when information was missing, I proceeded to do a Google search with the information I had, or imagining the titles that local newspapers could have used. This way, I went back to the news that appeared in the press for every single case. The first mapping included the period between 2010 and 2015, and now covers cases until the end of 2017.

Do you think that the media fully report the cases of women killed?

Absolutely not. And that is why in providing the figures we always stress that they represent the lower bound of the number of killed women. Then there are cases in which women are induced to commit suicide. Also this kind of news have been reported from time to time, but there is uncertainty on the subject and it is not possible to tell exactly which and how many cases fall into this picture. Many other murders are silenced. For example, on November 25, 2017 I prepared and sent to several media outlets a video with a statement that included the data on the femicide map. According to the map, Bayburt was the only city where women had not been killed. And the media had reported the news saying that Bayburt was the ideal city for them. However, a few days later, I received an email asking me to rectify this undeserved image I had given to the city, with a link to a report on a crime committed against a woman. There are therefore cases in which the news appears in local newspapers, but does not reach a wider audience and therefore remains in the shadows. At least, however, now there is an additional channel for people to make their reports.

What is the main pretext of femicides in Turkey?

In first place we find an "unspecified" pretext. This means that in 22.4% of reported cases the press did not provide information on the cause of the crime. Rows or disputes follow with 16.5%, but this is an extremely vague motive – it is in fact difficult to think that in other cases there was no discussion before the murder. Then we find "suspicion of infidelity", which is more concrete. However, it must be kept in mind that all this comes from the statements made by the murderers, and many say that they killed on suspicion of infidelity because they hope in this way to reduce the sentence. We do often see life sentences reduced to eight years because the man claims he was provoked, shows up in a tie, and is submissive to the judge. Another common pretext is the woman's refusal to accept the man's reconciliation proposal. For example, the man goes to his wife, who has returned to live at her parents' home, and asks for reconciliation, but he brings a gun to kill her – and sometimes the people who are with her – if she refuses. But sometimes women are killed because they laughed, or did not do the laundry.

Who are the murderers?

Mostly the men married (40.6%) or engaged (11.4%) to the victims. The "unknown" aggressor is in eighth place, and accounts for only 3.8% of cases. Those responsible for the murders are almost always men who were part of the daily life of the victim – tragically, we find many first-degree relatives, including fathers, brothers, sons-in-law, and children.

What about the outcome of the murders?

In 59.7% of cases, the culprits were arrested. The second most frequent outcome (17.6%) is the murderer's suicide, followed by surrender to the police (11.5%). In 6.2% of cases, the outcome is "unknown", because it was not reported by the press. It was not possible for me to follow the whole judicial process of individual cases. There are some women's organisations that do this. But I kept track of other data – whether before the murder the woman had tried to separate or divorce from the man; whether she had filed a complaint to the authorities; whether there had been previous episodes of violence. The map indicates that at least 246 women had reported threats to the authorities, while 369 murders were preceded by violence or threats.

What is the overall picture that emerges from this map?

The press reports these murders as single, tragic events, but when we look at them together, a pattern emerges. These killings all resemble each other, they have similar pretexts and perpetrators, which mostly belong to the family circle of the victims. And this tells us a lot about the roots of the problem and how it could be countered. But this requires commitment. At the local level, in the provinces where there is a higher number of homicides, protection mechanisms could be developed for women, while at the national level more efficient legal measures could be implemented – for example, by removing suspicion of infidelity as a mitigating factor. The Istanbul Convention is a very important instrument, it requires states to count the murders of women, but this is not being done. This map says many things, but only to those who want to listen.