Femicides in Turkey: a film honours Bergen, the "Woman of Sorrow" 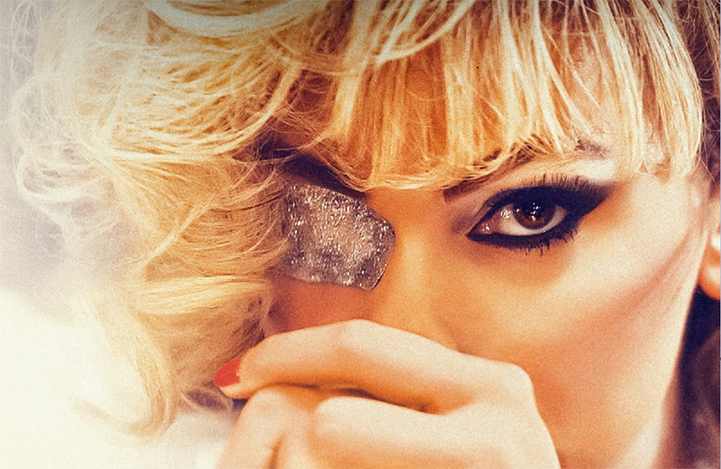 As violence against women continues to rise in Turkey and the government targets activist organisations seeking to prevent femicide, a blockbuster film about a slain 1980s singer is forcing the country to grapple with its past and present abuse of women’s rights

The film “Bergen ” was released in Turkey on March 4. It tells the life story of singer Bergen, played masterfully by actress Farah Zeynep Abdullah. The film shows the singer’s transformation from a promising cello player to Turkey’s “Woman of Sorrow,” as her nickname has it. Though Bergen had a brilliant career, recording three albums and over 120 songs, her life was brutally cut short just one month shy of her 30th birthday.

By the beginning of April, nearly 5 million viewers had watched “Bergen” in theatres. A tribute album featuring cover songs from Bergen’s catalogue of beloved pieces was released on March 8, International Women’s Day. All proceeds from this album are being donated to the We Will Stop Femicide Platform, an organisation that seeks to track and prevent violence against women.

Bergen has become a symbol of violence against women in Turkey, but the film emphasises her life as much as her death. Born Belgin Sarilmiser in 1958 in the Mediterranean city of Mersin, Bergen was trained as a classical musician at the Ankara State Conservatory. In the 1970s, she left her studies to perform jazz and Turkish popular music at nightclubs. In 1981, she left Turkey’s capital for an eight-month gig at a venue in Adana. At the time, this city in Turkey’s south was a hub for Arabesk, the melancholic, Middle Eastern-inspired musical genre popular among the working classes.

While in Adana, Bergen was catapulted to fame for her soul-stirring and powerful voice. But she also met a man who would abuse her, sabotage her career, disfigure, and eventually murder her.

On August 14, 1989, Bergen was shot to death six times by her ex-husband outside of Adana while leaving a concert. This man had previously beaten and even blinded her. In 1982, he hired a hitman to throw nitric acid on her face. After her recovery, Bergen’s eye-patch and willowy blond hair that she would sweep over the disfigured right half of her face became a haunting reminder of patriarchal violence that would take her life.

Though Bergen’s songs remain well-known in Turkey, she is known for her suffering as well as her accomplishments. This biographical film, directed by Mehmet Binay and Caner Alper with a screenplay by feminist novelist Sema Kaygusuz and journalist Yildiz Bayazit, highlights both sides while consistently refusing to romanticise the violence to which Bergen was subjected. Her murder is not presented as a crime of love or passion, but as a coldly calculated act.

One of the many subtly political decisions of the film was to leave out the name of Bergen’s murderer. Even in the credits, the space next to actor Erdal Besikcioglu’s name for the character’s identity is left blank. The focus is squarely on Bergen’s story, whereas the killer is not presented as a fully realised character, but rather as an example of the larger social issue of male violence and impunity.

The murderer’s name is shown only once. At the end of the film, some credits note that the man who killed her fled to Germany in 1989 before being caught and returned to Turkey. He was initially sentenced to 15 years, but the Turkish courts reduced the term to three for “good conduct”. In the end, he only spent a total of seven months in prison for murdering Bergen. “The name of the murderer is HALIS SERBEST”, the end credits tell viewers.

Femicide is as urgent an issue in Turkey today as it was in the 1980s. Only in March 2022, 25 women were killed by men in the country and another 19 died under suspicious circumstances. But murderers, if they are even caught, are often given reduced sentences for expressing remorse and wearing a suit and tie during their trial: what some in Turkey call the “tie reduction” .

We know the exact numbers of women killed monthly and annually in Turkey thanks to the data collected and shared by the We Will Stop Femicide Platform. However, as Turkey again debates violence against women thanks to the awareness raised by the film, on April 13 the Istanbul Public Prosecutor’s Office filed a lawsuit to shut down the We Will Stop Femicide Platform for “acting against the law and morality” . In a statement released on the platform's website, the organisers write: “While we are calling on the political authorities, prosecutors, and courts to do their job and help women, they have chosen to target those trying to fix this issue with empty lawsuits ”.

Bergen’s story shows that the Turkish government’s lenience toward perpetrators of femicide is nothing new. As Bergen has been dead for 33 years, her murderer has been free for almost 32, despite being detained briefly for the sexual abuse of four children in 2018. In fact, mainstream media in Turkey keep inviting him on talk shows for interviews in which he denies feeling any regret for murdering Bergen.

As Serbest continues to wield influence in Turkey today, the shooting and production of Bergen were completed under extreme secrecy after the film’s producers received death threats. The dangers continued even after the film was completed. As Serbest files defamation lawsuits against the film’s creators, the actors and producers live under protection while riot police were deployed at the film’s opening gala in Istanbul to prevent incidents.

In the Kozan district of Adana where Serbest lives today, the mayor did not allow the film to be shown based on the argument that it includes scenes of violence inappropriate for children. A statement condemning the mayor’s decision signed by several Turkish cinema unions and associations said this decision was influenced “by the pressure of the man who killed Bergen ”. It continued, “Silence the perpetrators; be the voice of women!”.

When CHP Chair Kemal Kilicdaroglu of Turkey’s main opposition party watched the film at a special screening on March 17, he said that “Everyone who rejects violence against women must watch this film. … It shows us how valuable the Istanbul Convention is ”. He was referring to the Council of Europe Convention on Preventing and Combating Violence Against Women and Domestic Violence, which was signed in Istanbul in 2011.

On July 1, 2021, however, President Recep Tayyip Erdogan signed a presidential decree that withdrew Turkey from the convention describing it as an attack on the “unity of the family” .

As defenders of women’s rights in Turkey continue to fight to overturn the country’s dropout from the Istanbul Convention and protect critical civil society organisations like the We Will Stop Femicide Platform, “Bergen” has struck a chord with viewers. The film reminds us that, unfortunately, the challenges women face in seeking protection and justice from the law in Turkey are nothing new.