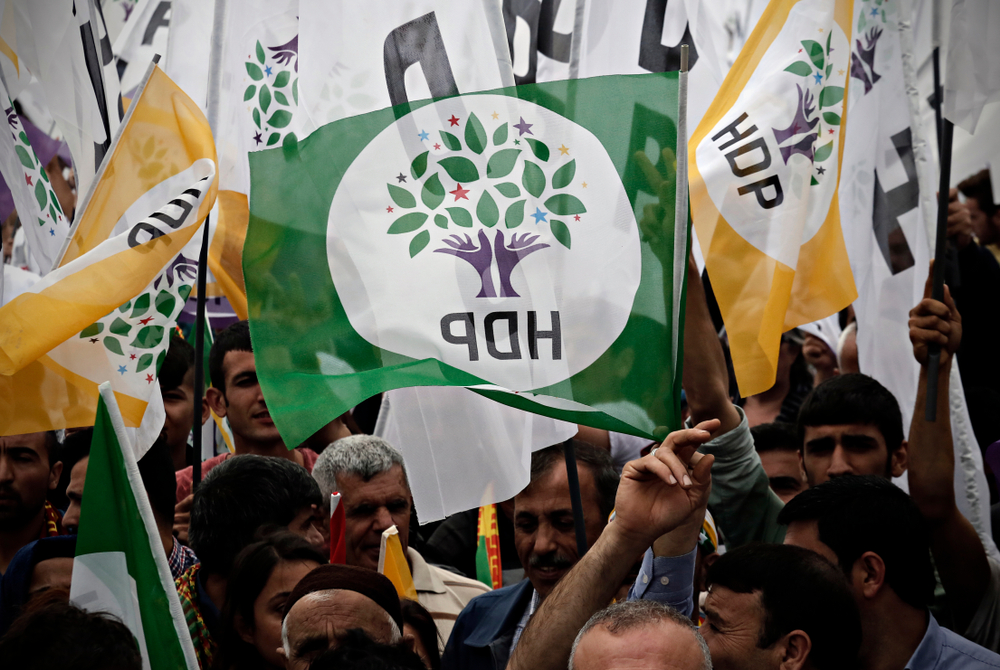 The mayors elected in the ranks of pro-Kurdish HDP have been ousted by the Turkish government on charges of flanking terrorism, further reducing the space for a political solution to the Kurdish question

On August 19th, the elected mayors of pro-Kurdish Peoples' Democratic Party (HDP) were removed by the Ministry of Interior. On the same day, over 400 people were arrested across 29 provinces over alleged PKK ties in police raids, leading to a public outcry.

In the local elections of last March, HDP candidates won in eight municipalities, including three metropolitan cities. Diyarbakır mayor Selçuk Mızraklı won 63% of the votes, Mardin mayor Ahmet Türk 56%, and Van mayor Bedia Özgökçe Ertan 53%. All metropolitan mayors were accused of "supporting terrorism". The officials cited ongoing cases against the suspended mayors for "spreading terrorist propaganda" or "being a member of a terrorist organisation". A statement by the Ministry of Interior claimed that the suspended mayors are affiliated with the PKK and misused funds in support of the PKK. "The separatist terrorist organisation and its political extensions regarded the elections of local authorities as an opportunity to resolve the challenges of recruiting militants, ensuring pecuniary resources and motivating its alignments", the official statement said.

Before the elections, Erdoğan warned about the suspension

During the local election campaign in March, Turkey's Minister of Interior Süleyman Soylu said 178 candidates running for the local elections were being investigated over alleged PKK links. President Erdoğan, on the other hand, referring to the HDP candidates, stated that, in case "the terrorists are re-elected", they would be dismissed and the trustees would be appointed.

This is the second time that mayors have been arbitrarily removed from office in Turkey's Kurdish provinces. After the attempted coup in 2016, a state of emergency decree gave the AKP government the authority to discharge mayors allegedly linked to terrorism and appoint trustees. Later on, in September 2016, 28 elected HDP mayors were removed from office. Justice Minister Bekir Bozdağ accused the mayors of "financing terrorism" and claimed that the government intended to protect the democratic constitutional state in Turkey.

Alökmen: "seizure of the people's political will"

It has now been over a month since HDP supporters took to the streets to join a sit-in protest in Diyarbakır. Co-chair of HDP's Diyarbakır branch Hülya Alökmen Uyanık joins the protesters every day. Alökmen, elected mayor of Diyarbakır, was not given mandate due to her dismissal from public service during the state of emergency.

Alökmen recalls that in 2016, during the state of emergency, Kurdish mayors were suspended and arrested, HDP co-chairs detained, and some of them are still in jail. "We were expecting the dismissals, but not in such a short period of time", Alökmen tells OBC Transeuropa. She says that before the mayor removals her party was working on exposing corruption during the trustee period in 2016. "Today, in the first round of the dismissals, they appointed trustees only to three metropolitan cities as if only these three mayors have been ‘supporting terrorism'. This is a seizure of the people's political will, but also a way to make public funds available to government supporters", she says.

Hülya Alökmen Uyanık states that, for the sake of democracy, the removed HDP mayors should take their seats back as soon as possible. "We, as Kurdish political representatives", she continues, "are putting so much effort for a political solution to Turkey's Kurdish question, but people are losing faith in democracy. They are thinking, ‘It does not change anything even if I vote'. This situation makes every one of us very upset". As a result of the crackdown on the Kurdish political movement, the Kurdish youth especially is distancing itself more and more from the Turkish state, she believes.

Alökmen indicates that removing the Kurdish mayors also has a negative impact on the economy. The tenders are offered to pro-government companies instead of local companies, increasing unemployment and leading to more migration from Kurdish provinces to big cities.

"The government does not want HDP as a powerful actor"

Prof. Mesut Yeğen, Sociology professor at Istanbul Şehir University, thinks there are three main reasons for removing mayors in Kurdish provinces. "First of all, the government tells Kurdish HDP supporters, ‘your votes will not count if you keep voting for HDP'. This means that the Turkish state will not allow Kurds to govern themselves even at the local level", he says.

According to Mesut Yeğen, specialised in Kurdish studies, the second reason behind appointing trustees is to prevent HDP from being an active and influential force in public and social life in three major cities. "Being in power by governing municipalities turns HDP into a powerful political actor and this is something that the government does not want", Yeğen explains.

Mesut Yeğen believes the Turkish state no longer shows any will to solve the Kurdish question by political means. Rather, officials consider the Kurdish issue as a security problem. "If Turkey's Kurds do not change their voting preferences, this will lead to the continuation of the de facto state of emergency in Kurdish provinces", he says.