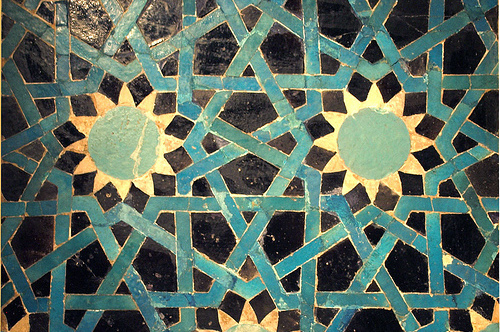 Despite changes - from the emigration waves of the sixties to internal migrations - Istanbul remains open to Europe and to the world. Writer Murat Belge talks about Turkey, Europe, and the re-emerging past

Istanbul has been Turkey's main gate to Europe for two centuries. Today, what is the city's contribution to the country's journey towards the Old Continent?

In some ways, old Istanbul was closer to Europe than today's Istanbul. If considering the overall population and the high percentage of people sharing a similar lifestyle, the city was probably more European fifty years ago. There has been strong migration from Anatolia for years, and yet Istanbul is open, on all levels, to Europe and the whole world.

From a cultural perspective, Istanbul is very lively with important international arts events. In order to comply with the norms set by the nation-state, the city went through a phase of isolation between the start of the Turkish Republic and the eighties. Later, Istanbul opened back up to the world and became a city where the world likes to come.

Since January, Istanbul has been a European Capital of Culture for 2010. During the inaugural speech, Premier Recip Tayyip Erdoğan emphasized the city's multicultural past as a defining feature. Where can you see cultural diversity in Istanbul, today?

In Istanbul, there are not ethnic minorities like there were in the past. Between the fifties and the mid-sixties, there was an exodus of “rum” Greeks, Jews migrating to Israel, and of some Armenians. On the other hand, even more people from Anatolia have come and experienced urban life for the first time. There are also many foreigners coming to live in Istanbul, which allows past diversity to be recreated in a new way.

After WWII, Turkey remained isolated from the world, while our neighbours – Balkan and not – also went through a phase of isolation because of the Iron Curtain. We have all recently emerged from this isolation – Turkey, thanks to Özal (Turgut Özal, premier from 1983-1989 and president of the Turkish Republic from 1989-1993, editor's note), and the others with the fall of the Berlin Wall.

Right after that, in the old Istanbul neighbourhoods and shopkeepers started to look for people familiar with the Cyrillic alphabet in order to have new signs for the people who started to come to shop from Bulgaria, Russia, Serbia, and Macedonia. A Bulgarian saying goes like this: “The way to get to Carigrad is by asking for directions”. That's what Bulgarians used to call Istanbul (literally, “the city of the tsar", editor's note). After communism ended, Bulgarians did ask for directions – and although they would not find the tsar anymore, the city was still there.

Murat Belge (1943, Ankara) is a writer, scholar, political activist and columnist for the daily newspaper “Taraf”. Over the last thirty years, he has collaborated with several magazines and newspapers and taken part in founding the political and cultural magazines “Halkın Birikimi” and “Birikim”. After the military coup of 1971, he was imprisoned for two years for his ideology. After the third coup in 1980, he was among the founders of the Association for Human Rights. In 1983, he founded the publishing house “İletişim”, while in the early nineties he founded the Turkish section of the Helsinki Citizens Assembly. He has been a professor of anglophone and comparative literature at Istanbul's Bilgi University since 1997 and is an active participant in international meetings and debates. In addition to translating and editing many literary and philosophical texts, Belge has written a number of books, including Osmanlı: Kurumlar ve Kültür (The Ottomans: Institutions and Culture), Başka Kentler Başka Denizler 2 (Other Cities and Other Seas), Genesis: Büyük Ulusal Anlatı ve Türklerin Kökeni (Genesis: The Great National Tale and the Origin of Turkish People).

Do you think the European integration process prompted Turkish people to reflect on their identity?

I think so, at least in some ways. In Turkey, there is also a part of society trying to push the rest in an anti-European direction, but I don't know whether they will succeed.

Those who lived in Turkey in the sixties will probably remember how people lined up to go to work in Germany. That first exodus was followed by new ones to other European countries for as long as was possible. Those who left never wondered whether they would lose their identity. They probably thought they would find other things that were important for them.

Also, the first emigrants were the ones that, because of their social class, tended to hide their identity in the first place – hence Europe's aversion to Turkish people, who were arriving to a new country without knowing exactly who they were.

Turkish people have a problematic relationship with the past. How can a society look forward while still having unresolved issues with its own history? Do you think steps are being taken towards clarifying the past?

“Nation-building” is a term used to indicate the process by which a nation is made out of a society that is not used to perceiving itself as such. This process requires people to say they are the best, and requires a good historiography, good literature, good art, and so on. It is safe to say that Turkish people exaggerated a lot in this respect.

Why all this exaggeration? Because things have been done that one could not be proud of. In an embrace of a thesis that was regarded as scientific, the Darwinian social model - where the enemy will destroy you if you don't do it first – was applied.

Our history is not especially nice. It has been kept hidden and it remains so. For example, some years ago, we organised a meeting to discuss the Armenian question for the first time – with many problems and delays. For a while, the thing seemed to have stopped there and I wondered what purpose it served. Last April 24th, however, for the Armenians' Day of Remembrance, many Turkish intellectuals went to Taksim to take part in the commemoration.

It was the first time something like that had happened…

It was. In Turkey, there is a first time for everything.

Something has started, though…

Certainly. Certain streams from the first meeting five years ago resurfaced during the commemoration of some weeks ago. It was only about five hundred intellectuals and we cannot regard this single event as especially meaningful, yet, if it is considered as part of a larger process, it is a signal that change is happening.

As long as this process goes on – and I don't mean only the Armenian question, but a whole range of issues in our history – we can question what we did and acknowledge it, but also say that we shouldn't have done it and apologise. Today, it is the same with the Kurdish question. Someone says “we didn't kill the Armenians” and, right after that, screams that “Kurds need to be destroyed”. The front opposing this mentality is extremely worn out, but cannot stop fighting because there is a limit to the negation of reality. We created a form of nationalism that is against humanistic values, civilisation, and reality itself. How much longer can it last?