Media in Turkey: a testing ground of censorship and control 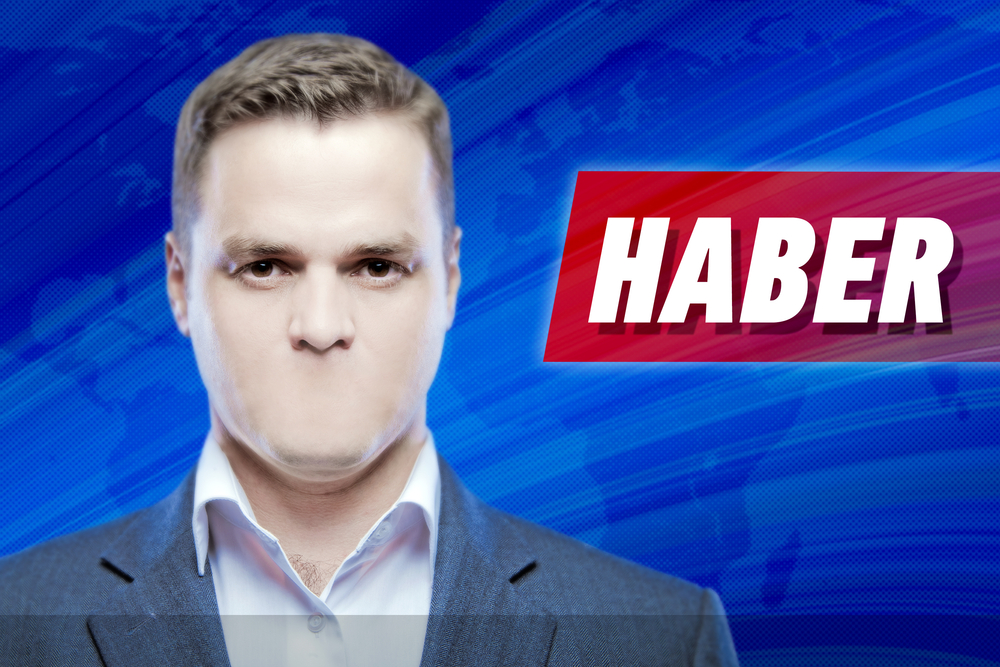 Turkey is currently the largest prison for journalists in the world, with over 80 media workers in detention. Not content with that, the Turkish parliament has now passed a law that gives the government more control over social networks. An analysis of the situation of the Turkish media

(Article published in collaboration and simultaneously with EJO )

Four years after the attempted coup of 15-16 July 2016, the space for media pluralism in Turkey continues to shrink. New laws recently introduced or coming into effect suggest an intention to restrict even further the space in which the few independent outlets can operate, while numerous pro-government media dominate the scene. The entire landscape of traditional media, from TV to the press and the radio, is subject to more or less direct control by the Turkish government: one only has to consider the fact that, after the attempted coup in 2016, 170 outlets (newspapers, TV stations, press agencies, and online news sites, considered subversive for various reasons) have been shut down or brought under government control, aggravating the already high concentration of ownership in the Turkish media.

On the mainstream media front, a key turning point in the ownership system was the sale, in 2018, of the Doğan media group to to the Demirören industrial conglomerate founded by Erdoğan Demirören, a businessman known for his pro-government stance. The transfer of assets included some of the country's most popular media, such as the Cnn Türk television network and the Hürriyet newspaper and the Dha news agency. It also had a negative effect on the circulations of small independent newspapers across the country.

According to the Turkey – Media Ownership Monitor report, currently around 71% of the country's media belongs to 4 companies close to the government: Turkuvaz/ Kalyon, Doğuş, and Ciner as well as the aforementioned Demirören. The latter, together with the Albayrak and İhlas groups, own the 40 most popular newspapers in Turkey and have investments in several other sectors, including constructions, mining, oil, finance, tourism, and telecommunications. Turkish Fox TV, belonging to the Walt Disney Company, is the only one of the top 10 television networks to remain outside this structure. According to the Digital News Report (2020), the news programmes of Fox TV have the greatest reach and the channel is considered to be the most reliable as a source of news. Given that more than 70% of the population gets its news from television, this shows the demand for an independent news source. This level of demand is also apparent from the regular use of online media – including social media – which in urban areas exceeds 80%, according to the Digital News Report , even if only 55% of users trust the information they receive.

Turkey is currently the largest prison for journalists in the world, with over 80 media workers in detention. According to the International Press Institute , in 73% of these cases journalists’ work – news reports and other articles – is used as evidence against them. Journalists – in particular those who work for pro-Kurdish media – are regularly charged with offences against the president and the nation, endangering national security and, in recent years more than ever, propaganda, collaboration with, or membership of terrorist organisations .

Censorship and self-censorship are routine in Turkey, including in the southeast of the country, where there is a Kurdish majority. Diyarbakır-based journalist Hatice Kamer says that the failure of the peace process with Kurdish armed groups in August 2015 and the clashes that followed meant that people were less prepared to speak out. “Previously, when police power was not as extensive, people were not afraid to express their dissent or anger. After the attempted coup, the decrees, the layoffs, and the blacklisting of people, it has become almost impossible for a journalist to work in the field, as there was such a sense of insecurity that people were no longer willing to talk", Kamer says. According to a recent study , Turkey moved from a pre-coup repression of journalism (2013–2016) to a post-coup institutionalised oppression of journalism (2016–2018). While the former was characterised by "unsystematic attacks on news journalism [...] leading to a climate of fear that made self-censorship inescapable [...] the latter relied on constitutional changes and the use of law to systematically compromise the civil institution of news journalism". The report adds that a particularly systematic aspect is “the legal inertia that occurs when journalists or news organizations try to appeal against state-sponsored violations and violence”.

The Covid-19 pandemic seems to have provided yet another opportunity to criminalise thought: As a recent Amnesty International report explains, criticisms of the authorities' management of the health emergency led to charges attracting prison sentences of between two and four years. "If the piece of news that is provided by the journalist does not match the data and statements provided by the authorities, there can be complications", says Kamer. In March 2020 alone, 12 journalists were arrested for inciting "disobedience of the laws" and "hatred", while many doctors were accused of disseminating false news and "spreading panic among the population". The approach of the Turkish authorities became all too apparent in mid-April 2020 when, to reduce the risk of Covid-19 infection in Turkish prisons, 90,000 people were set free under a package of reforms that excluded journalists, activists, and others charged with political crimes.

Following what has become a familiar pattern, when reporting on the health emergency Turkey’s mainstream media "faithfully reproduce the presidential narrative [...] with a long sequence of reassuring news items. [...] Drama and catastrophism dominate foreign news coverage. Continuous updates underline, with almost pleased tones, the gravity of the situation elsewhere ” (Salomoni, 2020 ). When it is a question of problems within the country, there is all-pervasive control of the tone of the journalistic narrative: “If there’s an increase in the cost of petrol, mainstream newspapers don’t use the word increase, but instead speak of adjusting the price of fuel”, notes the journalist Bülent Mumay.

The presidential system and other methods of control

The presidential system introduced in July 2018, during the state of emergency declared immediately after the attempted coup, resulted in an increase in the powers of the president of the republic at the expense of those of parliament and other state institutions. According to Mumay, "the real change is that now any public institution is legally tied to the presidency". This means, for example, that cards proving journalists’ membership of their professional association can only be issued by the Directorate of Communication of the Presidency. Under the previous system, unions still exerted some influence on the final decision, as Gökhan Durmuş, secretary of the journalists’ union Türk-İş, explains . "Now the central authority decides who gets to be a journalist", says Hatice Kamer, "therefore working on the field without a card becomes almost impossible".

"The Presidency's communication department is in direct contact with the Superior Council for Radio and Television (RTÜK) and the Agency for Advertising in the Press (BİK)", explains Mumay. The latter body is legally obliged to distribute official advertisements to all print newspapers - an important source of income for them. But there is a certain arbitrariness in the way in which these are allocated, as is evidenced by the case of the opposition newspapers Evrensel and Birgün, which were recently deprived of this advertising revenue after they were accused of “violating the ethical principles of the press ”. Similarly, the broadcasting regulator RTÜK, is often accused of lacking independence and acting as a censor, through fines. RTÜK also has the authority to suspend broadcasts it considers to be offensive, as recently happened for the Tele1 and Halk TV networks, which had 5-day broadcast bans imposed on them. In the event of a second suspension, the channels would be stripped of their broadcasting license.

Internet: way out or further target for censorship?

Online media outlets – TV channels on YouTube, news websites and podcasts – have proliferated in a bid to evade state control and offer an alternative narrative. The Internet, however, has also become a target for censorship: primarily through the takedown of content and the blocking of web pages, including entire sites as in the case of Wikipedia, which was inaccessible in Turkey from April 2017 to January 2020. A Social Media Monitoring Unit was set up in in the last few years, and in 2016 the government launched an app that allows citizens to report posts they consider terrorist propaganda. Turkey also stands out for the frequency with which it requests user data from Facebook , especially against those with legal proceedings in progress. 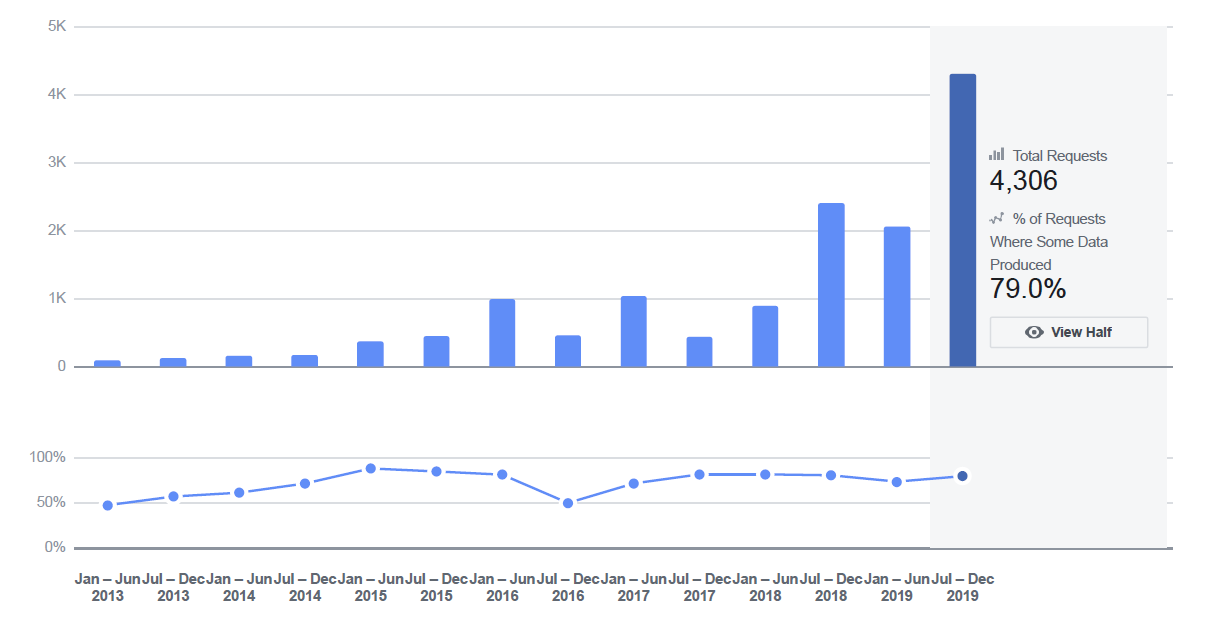 Facebook complies in 79% of the requests it receives from the Turkish government: platforms such as Facebook and Twitter – which in Turkey register among the highest subscriber rates in the world – are unlikely to ignore pressure from the authorities and risk losing such an important market.

In the case of online radio and television, in 2019 RTÜK issued a regulation for the online transmission of radio, television, and on-demand services that imposed new licensing rules . 2019 regulation already applied to services such as Netflix, and subsequent amendments extended its scope to YouTube. As Media and Law Studies Association lawyer Veysel Ok explains, "in 2020 some amendments extended the obligations to YouTube, imposing as a precondition for the license that the outlet would have to certify it had not had any contact with terrorist organisations. Obviously this makes it very difficult for Kurdish TV and radio stations to obtain this license". It also makes it very difficult for others, as can be seen from the frequency with which terrorism charges are made against entities and individuals who are critical of the government. Finally, on July 29th, the Turkish parliament approved a law that obliges social platform companies to have offices and representatives in Turkey. Those who refuse to comply could see their advertisements blocked and bandwidth slashed. In addition, courts will from now on be able to remove the contents of web pages, not just block access to them.

The government's online strategy has also become more refined in recent years, with the emergence of many pro-government social accounts and "trolls" that attack and report opposition users and try to "overwhelm opponents with too much information ". "Since Erdoğan became president, the trolls have acted as 'agents of culture', building a new conservative agenda, targeting movements, women, LGBT people...", says Erkan Saka, a professor at the School of Communication of Istanbul's Bilgi University. In June 2020, Twitter suspended 7,340 "fake or compromised accounts" it said were being used to amplify political narratives favourable to President Erdoğan’s AKP party. The trajectory of state intervention online appears to have gone through all three "generations of control" of the Internet identified by Deibert and others in Access Controlled (2020) – from imposing a complete block to indirect interference in the production of content. Despite this disheartening landscape, some of our respondents are optimistic about the role of digital media as alternative channels of information. “They can be censored, but there is always a way to get round this”, says journalist Bülent Mumay.

Fears for the future

It is worth remembering that Erdoğan's AKP party has been in power since 2002, and that the Turkish media system has never been free from polarisation and tight state control . However, journalist Mehveş Evin recalls that “up to 5 years ago, publishing something that was unashamedly a kind of propaganda […] was considered to be extremely unseemly in the profession. But now it seems to be accepted to such an extent that we are surprised when we come across a good example of journalism”. Furthermore, Evin continues, “the fact that so many colleagues are under investigation, in prison or in exile inevitably has a significant psychological impact, leading us to practise self-censorship. As a result, the quality of journalism is affected from one day to the next: I wonder if, once a certain threshold has been passed, it is possible to restore the dignity of the profession”.