Elections in Turkey: faraway, so close 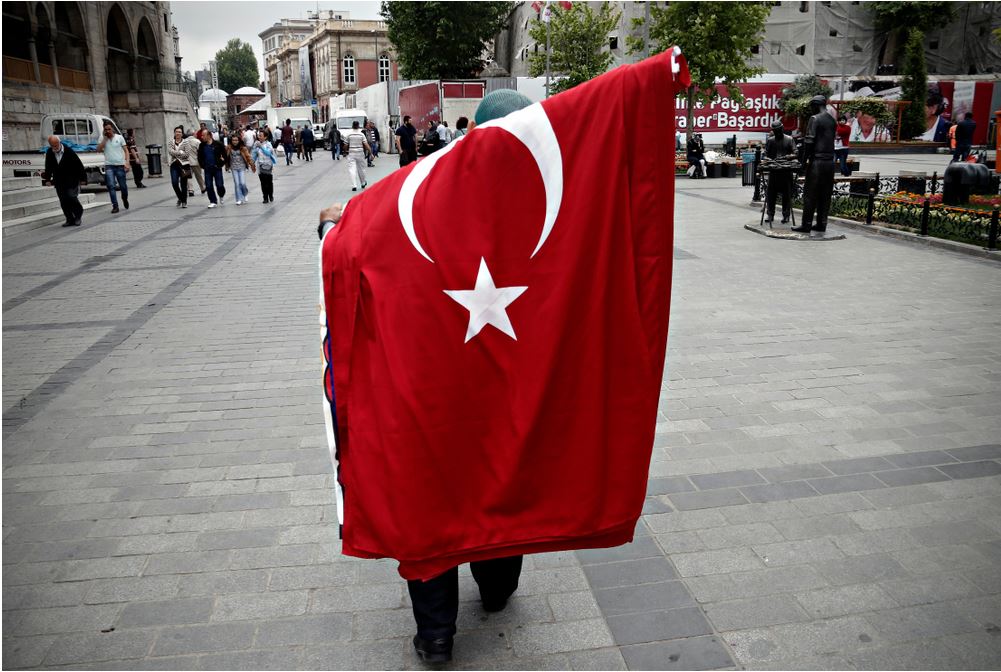 The next elections in Turkey are scheduled for 2023. Despite the assurances of President Erdoğan himself, however, the political spectrum is in turmoil, between new projects and signs of fatigue in the AKP electorate

"We will vote in 2023". President Erdoğan himself silenced the many voices that, from right to left of the Turkish political spectrum, in recent months had presented the hypothesis of early voting as imminent, or at least very likely.

After seven elections – including administrative, parliamentary, presidential, and a referendum – in the past six years, the Turkish head of state has assured on June 9 that the next elections will be held, as scheduled, in 2023. A date full of symbolism: if he wins on this occasion too, Erdoğan will be reconfirmed as president on the centenary of the foundation of the Republic of Turkey by Mustafa Kemal Atatürk.

A large part of Turkish society already considers the current president as the antithesis of the "father" of the land who in 1923, on the ashes of the Ottoman Empire, founded a republic oriented towards western values, where religion was subjected to state power. It would therefore be interesting to see a fervent representative of political Islam like Erdoğan triumph again at the polls while the centenary of the foundation of a secular republic is celebrated.

Leaving predictions aside, it is worth remembering that Atatürk's fifteen-year presidency (1923-1938) has already been surpassed by Erdoğan who, as Prime Minister and then as president of the Republic, has dominated Turkish politics for about 17 years. Unlike the 1920s and 1930s, when elections were not allowed and the Republic was governed by a single party, the current Turkish president has won as many as 11 elections since 2002 – including administrative, national, and presidential elections – and two referenda in a context which, despite the legitimate and well-founded criticisms, remains formally democratic.

News in the Turkish political spectrum

The recent hypotheses of early elections are based on the intention – expressed by politicians of the AKP or close to it, but also by members of the government – to modify the law on parties and electoral regulations. According to critics, the reason behind these reforms would be the government's intention to penalise two new political parties that have formed in the last 6 months: the Gelecek partisi, "Future Party", founded in December 2019 by Ahmet Davutoğlu, and the DEVA partisi, "Party of Democracy and Progress" – the acronym means "solution" – led by Ali Babacan, formed in March just before the COVID19 pandemic exploded.

The political force created by Davutoğlu fits directly into the tradition of political Islam, while Babacan's party occupies the liberal centre-right area. These are the two political schools that in 2001 formed the basis of the nascent Justice and Development party – Erdoğan's AKP – which has dominated the political scene in Turkey since 2002. Davutoğlu and Babacan are certainly not strangers, in fact they used to be among the most prominent personalities of the party of the current Turkish president.

A devout Muslim and professional academic, Davutoğlu has been the strategist of Turkish foreign policy for the past 20 years. First as a consultant and then as Foreign Minister, he has applied his theories that Turkey should have a proactive foreign policy, based above all on good relations with the countries of the former Ottoman Empire; his policy has indeed been renamed "no problems with neighbours", even though it has not always proved to be a successful strategy.

Ali Babacan is a scion of Ankara's bourgeoisie, also a Muslim, but more moderate than Davutoğlu. Far from the "white Turks" who grew up with the Kemalist obsession and the cult of Atatürk, he has always embraced more liberal values ​​both from the social and economic point of view. A brilliant student in the USA as well as in Turkey, Babacan helped found the AKP and was deputy Prime Minister in charge of finance during the golden years of Turkey's economic growth.

Ahmet Davutoğlu left the AKP in 2019, following years of conflict within the party, and especially after Erdoğan had dismissed him from the post of Prime Minister in 2016, despite two electoral victories in a few months in 2015. Ali Babacan left the party in the same period, in controversy with Erdoğan's economic choices and the routine repression of dissent.

The loss of these two party stars, together with that of the ex-president of the Republic Abdüllah Gül, makes it clear how little is left today of the "conservative democracy" – muhazafakar demokrasi, a concept theorised by Yalçın Akdoğan in a sort of party manifesto in 2004 – which had made AKP a winning novelty on the Turkish political scene.

Little remains also of the Europeanism that the AKP had flaunted in the early years of its government experience. Thinking about the many insults Erdoğan has thrown at the EU in recent years, including the accusations of "Nazism" and "fascism" directed against Germany, Holland, and recently Greece, it seems paradoxical today to recognise that the AKP was, at least at the formal level, the most "Europeanist" political force in Turkey's republican history and the only one capable of obtaining official candidacy for entry into the European Union in 2004 – a key stage in a long process of requests for cooperation from Ankara towards the European Economic Community, which started as early as 1959.

Almost no trace of this Europeanism remains today, and relations with Europe are reduced to trade or, as already mentioned, bitter contestation. This situation strengthens the theory, always supported by the Kemalist part of Turkish society, that the AKP used the EU accession process above all to erode the military's power in Turkey and not to get closer to Brussels, that has been asking for a greater control over the Army, considering this institution too cumbersome for democratic development, especially after four military coups carried out in the 20th century.

The AKP's anti-militarism had also convinced many left-wing liberals to support Erdoğan's party in the past. Many of them are now in prison because of their dissenting opinions, while others have recognised that they have been “useful idiots” in the rise to power of the Turkish President.

The alliance with nationalists

Erdoğan's party is now allied with the MHP, a right-wing nationalist force that only a few years ago, in 2014, ran against him in the first direct presidential elections in the Turkish republican history. The slogan "against all ethnic, local, and religious nationalisms" – a motto that for years had placed Erdoğan's party on another level compared to the nationalist area, right or left, which occupies a large part of the electorate and Turkish parties, and was repeated as a mantra by the leaders of the AKP – is today a page torn from its history.

MHP's support for AKP is not for free, and it has begun to influence the government agenda. The right-wing nationalist party has so far proved to be both of crucial support to the government in times of difficulty and a liability that has pushed part of the AKP's electorate away from the party. This explains the AKP's dizzying drop in consensus – from 42.5% of the 2018 political elections, when it ran in alliance with the MHP, to today's 30-33% according to recent polls . On the other hand, the popularity of President Erdoğan remains above 50% despite the loss of Babacan and Davutoğlu and a critical and unstable economic situation, but has contributed to seriously shattering the party.

A party that is falling apart

The first victory of the AKP in the 2002 political elections was a surprise to many, perhaps even its own members. The union of political Islam with the liberal centre-right was a novelty deemed interesting by the majority of the electorate, but the success of those days was also driven by the circumstances of a terrible economic crisis that culminated in 2001 and produced an uncontrollable social discontent. The emblem of that period is the image of an anonymous shopkeeper who became a legend when – exasperated by debts – he threw the cash register at Prime Minister Bülent Ecevit while the latter was leaving his office.

Today Erdoğan remains Turkey's most popular politician, but his party loses pieces day by day. The economic situation is not that of 2001, but certainly in the last two years it has been negative as it had never happened during the AKP's almost twenty years in power.

Despite rumors, early elections do not seem to be on the horizon, but changes to the electoral law will most likely be key to guaranteeing the Turkish president the chance to win again and remain in power. If the economic situation worsens further, they may not be enough.