'Memory Day' Across the Border 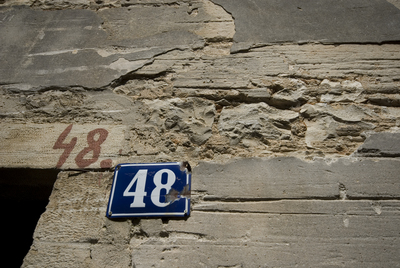 On 10 February, Italy commemorates the Istrian Exodus and the "Foibe" whereas on 15 September, Slovenia marks the "restitution of the coast to the motherland." The two countries celebrate, with their own contrasting festivals, conflicting interpretations of what happened in the Upper Adriatic during the 20th century

Italy's "Il Giorno del Ricordo" (Memory Day) continues to stir controversy between Slovenia, Croatia, and Italy. In the two former Yugoslav republics, the commemoration has been met with suspicion since its establishment in 2004. At that time, the Slovenian foreign minister responded suggesting that Slovenes persecuted during fascism should also be commemorated. According to Ljubljana, those events were causally correlated, thus history should be told in its entirety.

Slovenia promptly inaugurated a day dedicated to honouring the suffering of Slovenes during the fascist era. In this way, Italy and Slovenia have contrasting celebrations representing conflicting interpretations of events from the twentieth century. On 10 February, Italy commemorates the Exodus and the "foibe"* whereas on 15 September, Slovenia marks the "restitution of the coast to the motherland" and commemorates the persecution of Slovenes during Italy's monarchy. 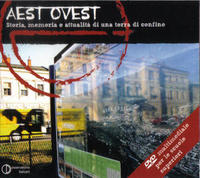 "AestOvest" (EastWest) is a multi-media didactic tool for learning about a European border, its history and present, with the help of written articles, audio, video, photography, maps, chronology, bibliographies, and web pages.

The "AestOvest" DVD is structured in three modules, and it follows history, visits the places of memory, and reflects on the present of the border area between Italy, Slovenia, and Croatia.

It is a unique didactic tool with which Osservatorio sui Balcani e Caucaso accompanies teachers and students through the challenges and opportunities presented by a European border.
Access the DVD (in Italian)

Controversies over the history surrounding Italy's eastern border date far back in time and have reawakened since the dissolution of Yugoslavia. In the early nineties, Slovenian foreign minister Lojze Peterle tried to resolve the issue by proposing the creation of a joint, Italian-Slovenian history commission. After seven years of labour, the commission managed to produce a 30-page document. The report did not say anything new, but it had the benefit of being a product of shared interpretation. The expectation in Slovenia was that this would be the key to interpreting the recent history of the two peoples; in Italy, however, the document was not seen as anything more than a product of the collaboration of several Slovenian and Italian historians.

Slovenian officials and institutions continued to insist on the document, asking Italy to acknowledge it, whereas Italian officials dismissed the issue arguing that it was not the task of government to provide interpretations of history. Italy kept underscoring that, in a democracy, there could not be a single, official history.

In Slovenia and Croatia, however, many thought that Italy's intention was to present history to the public straight from the script of "Il Cuore nel Pozzo" (The Heart in the Pit), a made-for-TV movie, produced by Italian state broadcaster RAI, which chronicled the journey of a group of children fleeing from Tito's persecution of Italians in Istria and Dalmatia just after World War II. Memory Day was first celebrated in 2005 and RAI wanted to offer a romanticized fiction of the events through a story of a boy victim.

Nobody expected a cinematic masterpiece, but the storyline, part weepy and part banal, aimed to recount "what happened" to an Italian audience which knew little to nothing about the events. About 10 million Italians watched the two episodes of the TV movie and, perhaps for the first time, the issue assumed a national scope and entered the collective memory.

What seemed unacceptable to Ljubljana was the interpretation: the unarmed Italians on one side, the "barbaric Slavs" on the other. It was said many times that history could not just begin on 8 September 1943 or 1 May 1945. In Slovenia the press reacted furiously, but the centre-right government did not want to give much credence to the event. Some in the Slovenian government wanted to come to terms with what happened in the communist past. However, what was unacceptable to everyone, both in Slovenia and in Croatia, were the stereotypical interpretations imposed on those events.

This political climate set the background for Croatian president Stjepan Mesic's angry reaction to a speech given by Italian president Giorgio Napolitano two years ago. In his speech on Memory Day, Napolitano used expressions such as "savage fury," "barbarism," and "ethnic cleansing," and made general references to "Slavs." Without delving further into his discourse, it is evident that we are dealing with a series of preconceptions and the use of a stereotypical description of the Balkans.

Janez Drnovsek, then-Slovenian president, did not want to argue in public and instead sent a personal letter to Napolitano. The next year, however, new Slovenian president Danilo Turk commented on Napolitano's speech, saying it would have been more convincing if he had made specific references to fascism.

Last month, Turk returned to the issue saying that the eventual reconciliation of the two heads of state should have "an ethical dimension which is lacking at present given that Italy has not fully broken with its fascist past."

According to a note circulated by the "Quirinale" (office of the Italian president) in the days that followed, Slovenia allegedly offered a diplomatic clarification of Turk's statements. Ljubljana authorities, the note goes on, stated that the President's remarks were limited to general historical content and, therefore, should in no way be intrepreted as directed at Napolitan or the "friendly nation of Italy".

However, another note from the office of the Slovenian president, after several pragmatic phrases, underscored the "relevance" of Turk's statements and emphasized that expectations were expressed in diplomatic contacts with Rome that during this year's celebration of Memory Day, "the fact that fascism was the principal factor of many problems in the 20th century would not be forgotten."

Beyond the diplomatic notes and the controversy which are also likely to surround this year's celebration, the matter is simple. In Italy, there is a desire to commemorate events which have been shrouded in silence, or put more accurately, remembered only by right-wing parties. But to talk about the eastern border, however, is risky and mired in complications. Other shameful aspects of Italian history resurface: fascism in the border area, the occupation of Slovenia and the crimes committed in the Balkans. These issues, in addition to the tragedies of the Foibe and the Exodus, were, at the time, sacrificed on the alter of of "block politics" and good relations with Yugoslavia.

In Slovenia, however, there has been an effort for years now to deal with the past. The resistance movement was mythologized in the immediate after-war period, but during the Yugoslav years, at least in Slovenia, less-remarkable aspects have started to surface. In the nineteen-eighties, there was increased talk of the massacre of thousands of "collaborationists"who, at the end of the war, were handed to the Yugoslavs by the British. There was also talk about the settling of scores with the "enemies of the people," real or presumed. Right after the first democratic elections, an important demonstration took place in one of the places of those mass executions, the Kocevije woods. The demonstration supposedly marked a reconciliation among Slovenes.

The process is still ongoing and disagreements over the past occasionally inflame the political scene. At present, however, there is unanimity in condemning the mass executions and the excesses of the revolution. At present, there seems to be increasing awareness of what happened in Istria - both during the war and after its annexation by Yugoslavia. No one would dare deny the facts, but no one is also ready to accept the thesis that "ethnic cleansing" was committed against the Italian population "only because it was Italian." In any case, Slovenes widely expect that, before they apologize for what happened to Italians, the latter should first ask for forgiveness for what fascism did to Slovenes.

*'Foiba' is a type of deep natural sinkhole or a shallow depression of many acres, common in the Kras (Carso) region, a karstic plateau region shared by Italy, Slovenia and Croatia. Since World War II, especially in Italy, the term "foiba" has been commonly associated with the mass killings (Foibe massacres) allegedly perpetrated by local and Yugoslav partisans during and shortly after World War II.