Cycling in the city: Ljubljana takes inspiration from the Dutch model 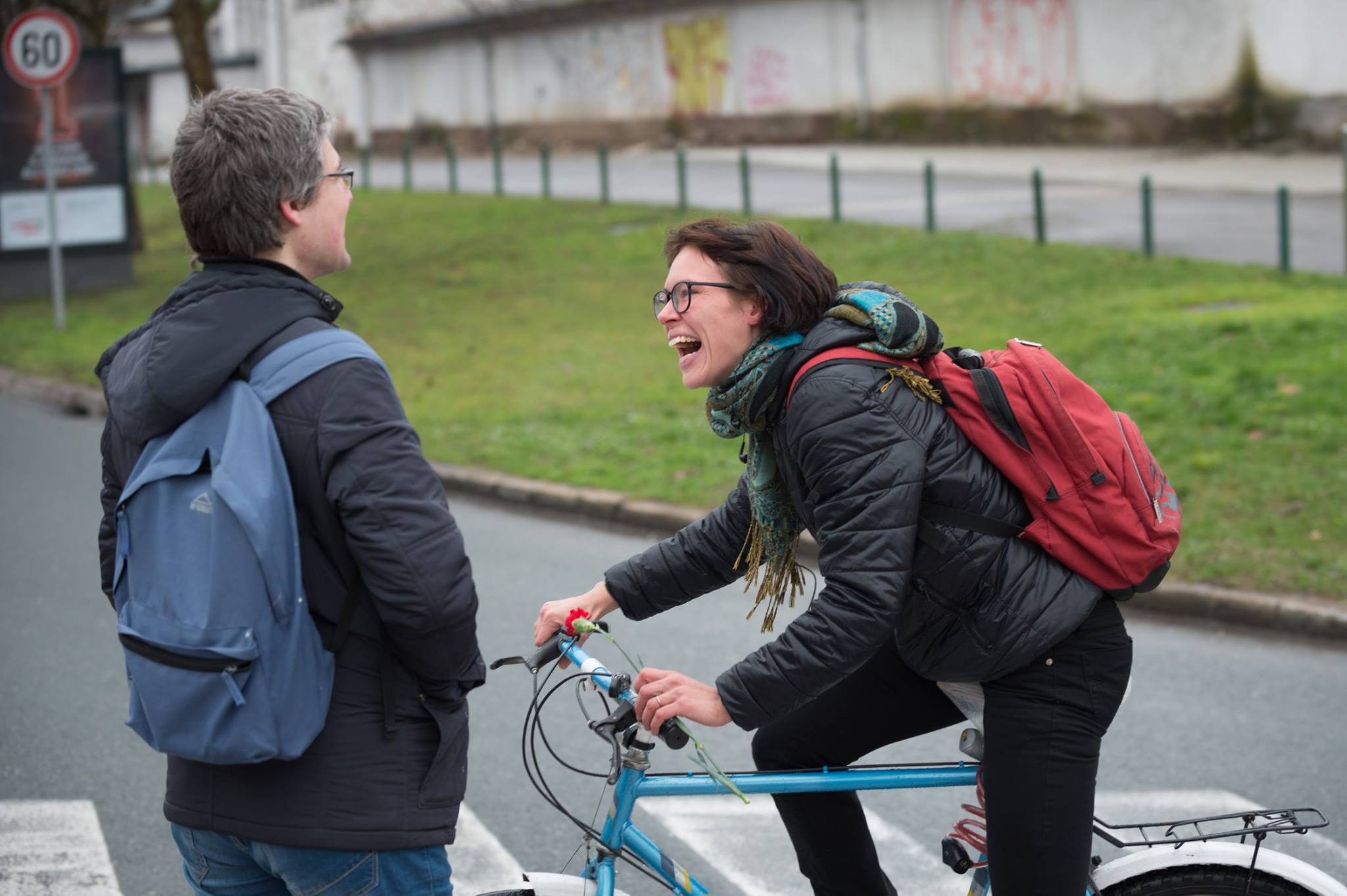 Ljubljana is among the most accessible European capitals for cycling, and among the cities which have invested most in this mode of transport. An interview with Lea Ružič, president of the Ljubljana Cyclists Network

In recent years, Ljubljana has confirmed its place among the cycling capitals of Europe. With 73 kilometres of bike lanes and 133 kilometres of cycling routes, the city boasts a 13% modal share for cycling (the percentage of people using bicycles to travel within the city) and a congestion index of 16% (extra travelling time relative to a situation of zero traffic).

A lynchpin and symbol of urban reform has been the pedestrianisation and regeneration of Slovenska Cesta, one of the city’s main boulevards.

In 2003 and 2014, the city was awarded the European Mobility Week award (EMW) – thanks to the measures adopted to promote cycling in the city – and in 2018 Ljubljana came second for the European Commission’s prize for the most accessible city, and first prize for Responsible Tourism, awarded by World Travel Market. In addition, the city came eighth in the CoPENHAGENIZE INDEX 2017, which ranks the best cities for urban cycling, according criteria such as cycling culture, traffic calming, the presence of infrastructure, and the percentage of trips by bike within the city.

To talk about what is happening in Ljubljana, we met with Lea Ružič, president of Ljubljanska kolesarska mreža (Ljubljana Cyclists Network), an organisation which is part of the European Cyclists’ Federation, whose member organisations are sowing the seeds for sustainable mobility.

First of all, what is the aim of your organisation?

The Ljubljana Cyclists Network is an NGO founded in 2000, with the main objective of improving the conditions of urban cycling in Ljubljana. Initially we only concentrated on events and protests to demand improvement of the cycling routes, but now we work on other projects, organising bicycle tours and other activities to promote and encourage cycling.

How do you rate the quality of urban cycling in Ljubljana?

It’s not easy to say. We are in better condition compared to other less cyclable European cities, but we are still well behind more advanced countries like the Netherlands, Denmark, Sweden, and perhaps also Germany.

Even within Ljubljana itself there are differing levels of quality. It’s true that there are some high-quality bike paths from the 60s and 70s, built to Danish standards, and some of the newer paths are decent.

In recent years the situation in the city centre has indeed improved enormously in terms of routes and parking facilities. Bike sharing has also proved successful and is widely used.

You mention differing levels of quality, but in any case, Ljubljana is eighth in the CoPENHANGENIZE INDEX 2017, an index which lines up the best cities in Europe for urban cycling...

It’s true, Ljubljana is among the top ten most cyclable cities in Europe, particularly due to the relatively high modal share of urban cyclists, but it seems to us that this is less due to particularly favourable conditions for cycling – although the fact that the city is flat and relatively small does it some favours – than for the poor quality of public transport and a consolidated tradition of urban cycling.

Moreover, there has been no break in the use of bicycles due to the arrival of automobiles, as happened for example in the UK. A lot of people still ride bikes, including the young, old and women, which is a great sign. Yet, to be honest, all the Dutch cities should be in the top ten before us, since we aren’t at their level.

What are the most crucial issues?

Outside of the centre there are many inadequate situations, such as: interruptions in the cycling route (paths that disappear or lead to areas where cycling is prohibited); the bike paths along roads are too narrow, and not in line with standards of comfort and safety; the cycling routes on footpaths are often just marked by a line, which creates conflicts with pedestrians, and generates uneasy situations due to the elevation difference on intersections and crossings; the maintenance of the paths and routes can be a problem, especially for older people and during the winter; cycling isn’t perceived as completely risk-free, as shown by the lack of children who cycle.

Ljubljana is also lacking spaces for parking bikes, especially secured spaces (near stations, suburbs, schools), and there isn’t even one guarded parking facility in the whole city. The connections between rural and suburban areas and the city is also a problem. There are no well-connected long-distance bike routes, only incoherent fragments of low-quality routes.

On the whole, then, yes, there is some decent infrastructure, but in our opinion it is unfortunately overshadowed by inadequacies.

On which points is there most room for improvement?

Ljubljana has made progress in terms of sustainable mobility, and not just with regard to cycling. In recent years, preferential lanes have been made for the buses, there are more rigorous rules regarding parking, pedestrian zones, trade services, smart cards, bike sharing, cleaner buses, improvements to the network, activities for European Mobility Week, etc. There are a lot of room for improvement in public transport, and connecting the cycling routes. The most serious problems for mobility are linked to commuters coming from all the suburbs and within the city where most of the jobs are found. This commuting is all done with private automobiles, because the roads are good, and the railways are mediocre. There is no sufficient coordination between the planning of mobility at local and national levels, so Ljubljana currently needs support from the state to move people from cars to other means of transport within the city.

How do you regard the local policies on cycling?

Bikes definitely play a role within the transport system, but we get the impression that in the planning stages they’re assigned the minimum standards and aren’t seen as a priority. The good news is that this year there will be a large fund for improving the cycling infrastructure (about 6 million euro).

How do you position yourselves with respect to the local administration?

The scope of our organisation is to improve the conditions of urban cycling in Ljubljana, therefore insofar as the council works in that direction, we approve and support every type of activity which brings us closer to our goals.

If the council makes decisions which might impinge on the popularity of cycling, such as favouring motorised transport or low-quality infrastructure, we let them know we don’t agree; nevertheless, our cardinal rule today is collaboration. After a period where we placed ourselves in opposition to the administration, we realised that cooperation is a win-win for both sides.

In the future we will participate with the council in developing projects which will improve our visibility and make cycling more popular.