The last farewell to Djordje Balasevic, the Pannonian sailor 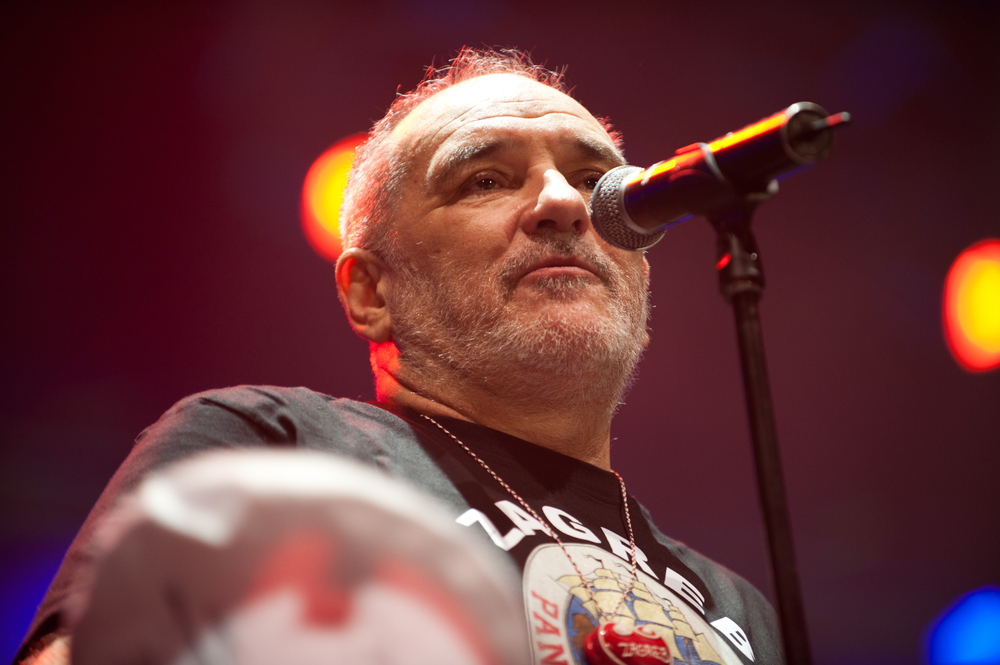 That February evening, many of Balasevic's fellow citizens spontaneously gathered in Freedom Square in his Novi Sad, lighting candles and singing his songs. There was not a single black mourning band (Claude Monet, the painter of light, died 95 years ago. Noticing that the coffin was covered with a black cloth, now former French Prime Minister Georges Clemenceau, a friend of the painter's, shouted: "No black for Monet!").

There was no black band even in Zagreb on Ilica Street, where – next to the lighted candles – a Cyrillic inscription appeared for the first time after the war: бећарац (bećarac). In the spirit of his good-natured irony and the satirical character of this type of Slavonian folk song, which later spread to Vojvodina as well, Balasevic used to sing: "If only I could walk the Ilica once more, to scribble bećarac in Cyrillic".

The news of Balasevic's death also shocked civil Belgrade and other cities in Serbia, Bosnia and Herzegovina (an huge image of Balasevic was projected on the Vijećnica in Sarajevo), and the entire civil region. I emphasise "civil", because there is also another region still mired in the trenches of divisions, mistrust, and hatred – a prisoner of all those attitudes that Djole always opposed. An old friend of mine from Yugoslav times sent me the following message: "If you were here, you'd think Tito died for the second time!".

Many admirers of Balasevic's also gathered in Pula. It was just at the railway station in Pula that Balasevic – as one of his songs says – met Catherine, a French girl from Dijon. Yes, just where boxing champion Mate Parlov once lived. Parlov, who once said he could never become a nationalist. He was a world champion, and a world champion cannot embrace nationalism. During a concert held long ago in Belgrade, Balasevic sang his song “U razdeljak te ljubim” [I kiss you on the part of your hair] in honour of Parlov, but replacing the word razdeljak with the word levica [left fist].

No, there was no black band in that Yugoslavia that is no longer on Europe's map, but remains present in the Good and in the Light of Balasevic's songs that have always crossed – and continue to cross – the borders between the countries of the region. Yugoslavia continues to live in Balasevic's voice – one that many have tried to imitate, with good intentions, but no success.

Nowhere. No black for Djole.

There are still good people (albeit sometimes confused and helpless). “Wars go, people stay”, said Balasevic in February 1998 in Skenderija, during the first concert held in Sarajevo after the war. This event was a first notable contribution to the idea of ​​reconciliation, dialogue, and regaining trust after that absurd, fratricidal war. On the day of the concert in Sarajevo, there were many cars with license plates from all regions of the former Yugoslavia.

The main international news agencies also reported the news of the death of the Pannonian sailor.

It seems that that unknown voice that in Liberty Square in Novi Sad sang Balasevic's song "Kad odem" [When I go] has solved an old dilemma: when a poet and singer – thanks to the depth, the momentum, and the perfect lightness of his lyrics and compositions – has long crept into the souls of his readers and listeners, can he actually die?

When the devil takes me along the main road

And when the moonlight covers my tracks

Don't be sad because at some point everyone

sees a small mute nightingale alight on the door step.

A long time ago, in the period immediately preceding the Bosnian war, I angered a well-known poet by saying that there was much more poetry in Balasevic's songs than in the books of "real" poets. One of the reasons that prompted me to make that statement was a song of his from the eighties, titled "Samo da rata ne bude" [Just that there is no war], in which he sensed the arrival of dark clouds over our common homeland (As long as there is no war/ madness that divides people...). How that poet looked at me! I don't know if in his eyes I was the village idiot or a provincial ghost who had dared to speak that sentence! He never spoke a word to me again, even though we were sitting at the same table. The fool was right: that poet also took his songs with him to the afterlife. Even today, I would repeat what I said on that occasion.

The little mute nightingale on the door step is the metaphor of death – a rather complex metaphor but, at the same time, transparent, so transparent that it seems to be entirely made of light and dreams. Before Balasevic, only Crnjanski had expressed such a poetically profound reflection, stating that "death does not exist, only migrations". And Van Gogh – I take the liberty of paraphrasing, at the risk of being boring – stated that the night can be painted without using black.

I will not dwell on Balasevic's biography – you will easily find all the information on the Internet. From the beginning of his rich musical career with the unknown group Žetva [Collection], and then with the band Rani mraz [The first frost], when Balasevic fascinated our generation (and not only) with his songs – from "U razdeljak te ljubim" to "Panonski mornar" [The Pannonian sailor] and "Računajte na nas" [Count on us]. In such a simple way, as no one before him had ever done, he sent a clear message – a profound crisis was underway in the relationship between generations, more precisely between the generation that had carried the weight of war and post-war reconstruction on its shoulders and the younger generations who could no longer blindly follow the ideals of the regime and the dominant ideology, while continuing to respect the achievements of the older generations. There was nothing banal in the songs that Balasevic dedicated to Tito after his death either. “I have seen Marshal Tito three times”… You will also easily find information on his solo career from 1982 to his last breath.

Since the early nineties, he never sang "Count on us" in public anymore. There was no longer anyone to "count" on from Vardar to Triglav. The masses, like the geese lost in the dark, followed the call of ethno-national leaders. Balasevic's album "Devedesete" [Nineties], released in 2000, is a synthesis of his political positions and criticisms – especially towards Miloshevic, but also towards the ordinary citizens who had supported him. “It's our fault”, is Balasevic's very clear message. Unfortunately, his sharp satire is still relevant today.

O, it is not the fault of the primitives who reaped the best fruits

Weeds grow everywhere. But good for them.

It is our fault. Where did all these parasites that have cornered us come from?

That is why in Serbia Balasevic was banned from television and also from public radio for a long time. The idiocy of the censors who sit at the top of the state – all the greater considering that we live in an age dominated by the Internet, in which everyone can watch and listen to anything – has emerged again after the publication of Balasevic's song "Dno dna” [The bottom of the bottom], in which he criticises the current government.

Today I say all this – perhaps reasoning more with the heart than with the brain – but I do not think that Balasevic, with his political ideas, crushed that singer and poet inside him who made different genres coexist in his music and his poetry, from chanson to the ancient folk songs of his Vojvodina. No! This is why I also gladly remember a song he dedicated to the city of Novi Sad under the NATO bombs. A song written by a man and musician who did not know how to hate, but knew how to distinguish stink from perfume.

And when "some new guys" arrive, they will whistle the songs of the Pannonian sailor, who put in the sound box of his guitar all the philosophies of Good and the repudiation of Evil on this world that is becoming an increasingly strange place.

The Pannonian sailor has embarked on his last voyage. May the sea be calm for him.