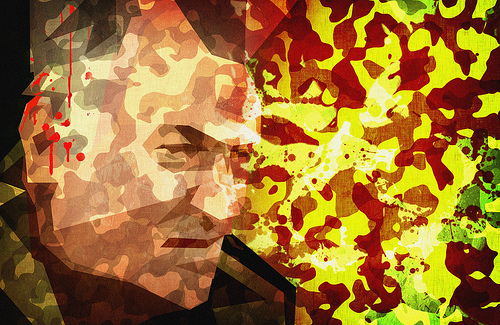 Carla Del Ponte, former Head of the Prosecutor's Office of the International Criminal Tribunal of the Hague, comments on the position of the defendant and on the possible development of the case. Interview

The interview was taken on June 1, 2011, and first published in the Italian original version on June 3

What can we expect from Mladić as a defendant? Will he try to lengthen the trial, to politicize it, or will he answer to the judges as a soldier, with his diaries in hand?

It is difficult for me to assess beforehand. I believe he will follow Milošević and Karadžić, not recognizing the Court, and that he will want to conduct the defense by himself. In the first stage he will not declare himself innocent or guilty, in order to gain one more month [this is what actually happened, ndr]. He will try to slow down the pace of the trial, this is for sure. 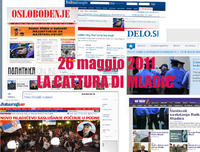 Our dossier on the arrest of Ratko Mladić

You have been conducting the Prosecution in the Milošević trial. How close was Mladić to the former President of Serbia?

Very close. Both him and Karadžić were. Our witnesses, who were insiders, people who were present, had told us that both Karadžić and Mladić would go and report to Milošević, in Belgrade, once a week. The whole organization of the genocide was carried out by those three people plus others who would take part in the meetings. Mladić was the one responsible for executing the genocide in Srebrenica, he was there. UN reports warned that, even though it was a safe area, Mladić was getting ready. Indeed, he did it. Mladić is the executor of this genocidal plan. His position is extremely serious.

With Mladić no longer on the run, when the last trials still pending before the Hague Tribunal will be completed it will be up to the local Courts to answer the demand for justice for the crimes of the ‘90s. Can they do it?

They are already doing it, in Zagreb, in Belgrade and in Sarajevo. In Sarajevo there is a Court that is still mixed, with both international and national Judges. In Zagreb and Belgrade there are national Judges who are carrying out the trials for war crimes and crimes against humanity, and they are supported both by the Court of The Hague and – especially Belgrade – by the United States.

In Republika Srpska a referendum was called for, then called off, against the Bosnian State Court and Prosecutor’s Office. Do you trust these institutions?

The Sarajevo Court is a mixed Court, already controlled from the inside by the foreign Judges that are part of it. Bosnia’s problem, now, is a political problem, not so much a judicial one.

In other words, these institutions in Bosnia are capable of doing their job, they work efficiently?

Moving on to Kosovo, why do you believe the investigation on the KLA crimes highlighted in your book “The Hunt” and in the Marty report should be conducted by the UN and not by Eulex?

Eulex is on the ground, very close to the [local] political clout. Also, Eulex has no jurisdiction outside Kosovo borders. If I think back to that mass grave we had had indication of in Albania, for instance, Eulex could not operate there, it does not have jurisdiction. Moreover, Eulex does not have an efficient witness protection program. These are the main reasons, and the reasons that also Senator Dick Marty has already widely expressed.