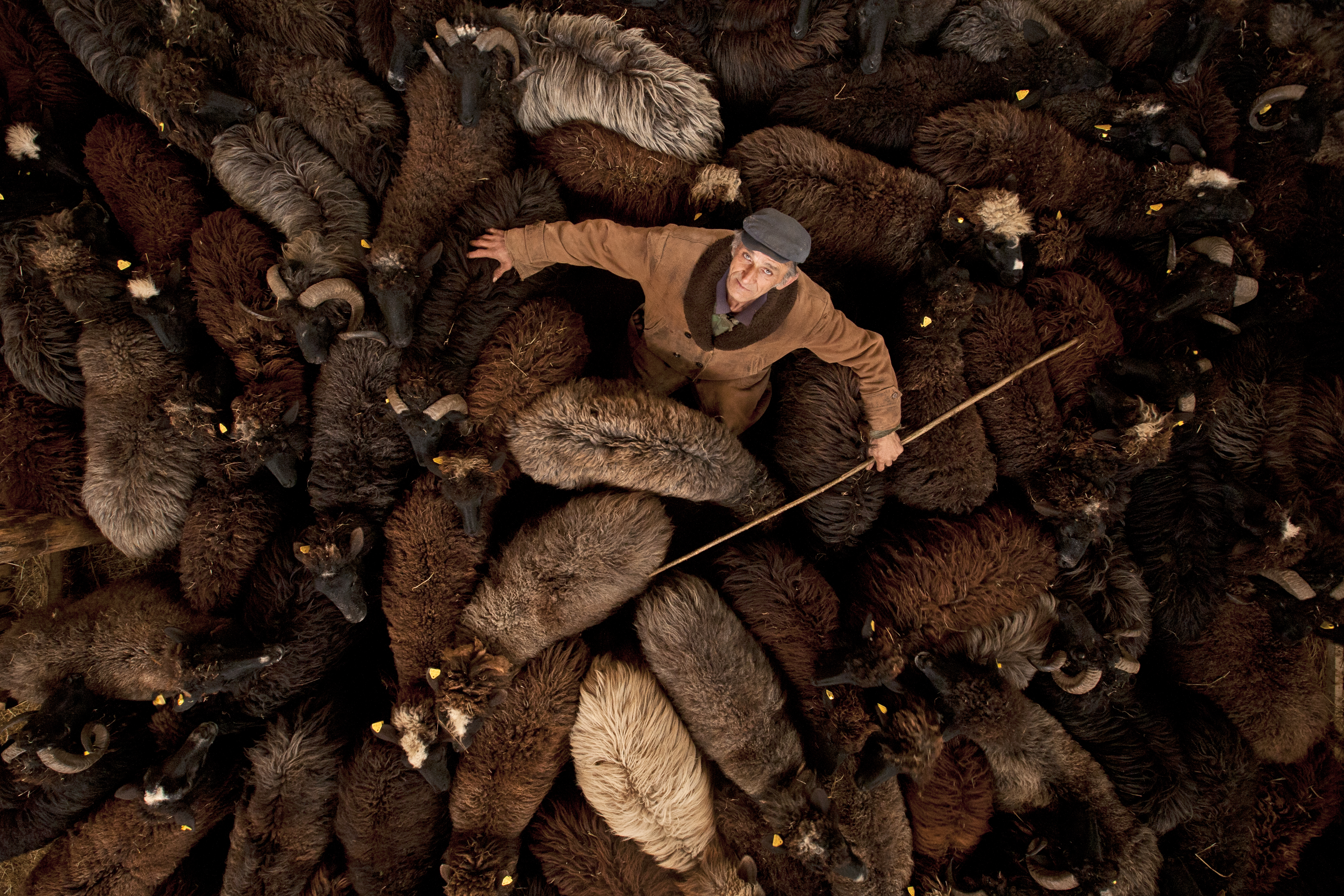 Animal species almost forgotten are a treasure for Serbian biodiversity. A Slow Food project is now struggling for their preservation

“Traces of the Karakačanska Ovca, a sheep variety selected over the centuries by the Karakacani nomadic ethnic group, were lost for decades in Serbia, but a few years ago, during a visit to the Mount Cemernik area, in southern Serbia, some of the locals told me about two sisters, who were stubbornly continuing to breed ‘strange sheep’ with dark fleeces...” Sergej Ivanov, a veterinarian by profession and also a passionate, patient defender of endangered breeds and biodiversity, is describing the rediscovery of one of the many livestock breeds that he is currently struggling to safeguard. “The Karakačanska is not an isolated case. Often endangered breeds are saved by people on the edge of society, stubborn and full of respect for their animals, who are often considered by their community to have a few screws loose.”

With his flock of around 250 sheep, Ivanov is now working directly to reintroduce the Karakačanska breed. But his efforts are not limited to this animal, which is particularly suited to the climate of the Balkans. In the municipality of Dimitrovgrad, not far from the Bulgarian border, where he was born and grew up, Ivanov is fighting for the survival of a dozen breeds that would otherwise be destined for oblivion. He has enlisted the help of some of the local farmers, who are raising breeds with evocative, half-forgotten names, like the Buša cow, the Mangalica pig, the Brdski Konj horse, the Balkansko Magare donkey and the Pirotska, Bardoka and Krivovirska sheep. The idea of working to safeguard endangered breeds took shape in 2002, and developed out of a project supported by what was then the Yugoslavian Federal Institute for Genetic Resources.

Slow Food is active in Serbia through the Essedra project supporting the EU integration process of the Balkans and Turkey. This article has been originally published on the International Slow Food Almanacco. Click here for the complete version

The NGO Natura Balkanica, chaired by Ivanov, ini- tially received 20 Mangalica pigs and four Brdski Konj horses. At the start, things were not easy. As well as technical and financial obstacles, they had to deal with considerable skepticism. “The old-school agronomists didn’t understand our efforts to preserve a precious and fragile biodiversity,” recalls Ivanov. “They told us: You’re mad, you’re working to reintroduce unproductive species that we’ve spent years of work getting rid of.” The skepticism was partly overcome by the institution, in 2003, of a Biological Diversity Fair, which is now held every year in Dimitrovgrad, and attracts thousands of visitors and the media. In fact, in 2012, the municipality of Dimitrovgrad passed a motion to make the municipal territory a biodiversity park.

In search of Economic Sustainability

Over the years, the number of farms that raise rare breeds has increased. “We started with just one farmer, and now we have more than 15,” says Ivanov. For a few years, the Serbian Agriculture Ministry contributed to a special fund, which was discontinued in 2010. “It’s a shame that the funds were cut off, but at the same time it is encouraging to see that despite the lack of funding, the interest in farming these traditional breeds has not declined,” he says. The greatest success has been with a native cattle breed, the Busa, which has short horns and relatively small proportions and is very well suited to the region’s pastures. After almost completely disappearing a decade ago, there are now 400 animals in Serbia, most raised in the villages around Dimitrovgrad.

The variety at most risk, on the other hand, is the Pirotska Ovca sheep breed.  Despite enviable success, especially considering the limited resources available, many challenges still remain. “The most difficult concern is economic sustainability,” admits Dimitrov. “Most of the output from the endangered breeds, the milk and meat, is sold as a raw ma- terial and not as a finished product. This makes the farmers extremely weak on the market.” The future, according to Ivanov, lies in combining farming, food production and tourism services. “Increasing the financial yield for the farmers, the true heroes of this adventure, is the real winning card. Any defeat for those who farm the breeds would represent a terrible loss. For everyone.”