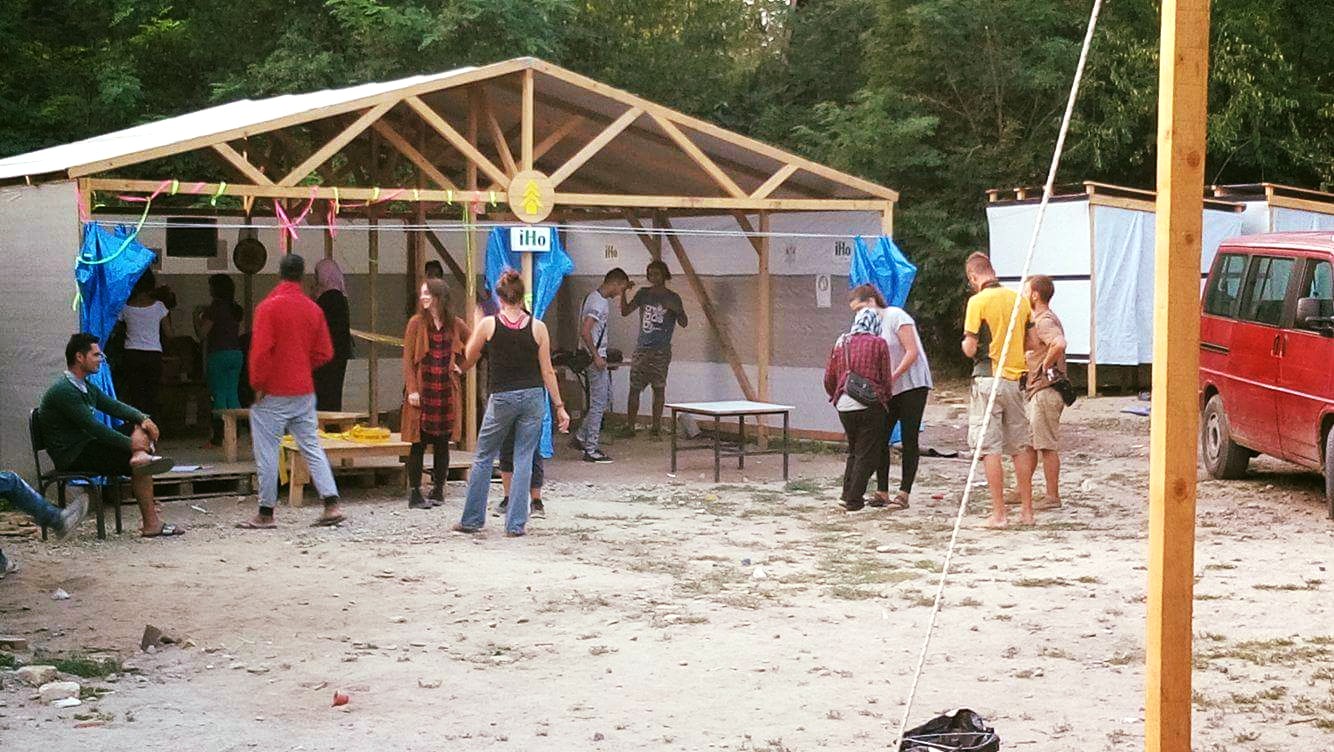 On the border between Serbia and Hungary, the situation is dramatic. Thousands of people, crammed into makeshift camps, are waiting to cross the border into the EU. Reportage

Since April 2016, migrants transiting in Serbia have grown from 1,600 to nearly 5,000 – steadily rising numbers which test the country's reception capability and pose serious questions in view of the impending winter. In the same period, following the closure of the border by Croatia, the migrants' route has moved to the north of the country. On the Hungarian border, daily arrivals have ranged from the 160 people registered in early April to over 680 in the second week of September, with peaks of 1,450 in August.

Although arrivals have plummeted since last year, the ways out of the country have shrunk even more. Since Croatia closed its borders, Hungary is the only way for migrants to legally continue the journey to European countries, but Budapest only authorises 30 entries a day – 15 from the border crossing of Kelebija and 15 from Horgoš. Next to these two border crossings, "transit zones" have been created – in fact, improvised, crumbling camps where families and individuals are waiting, camped out in tents, for their turn to cross the border.

With an outflow of 30 persons a day – plus the indeterminate number of those smuggled by traffickers – the UNHCR estimated an inflow of at least 200 per day. In April, however, the Serbian government suspended the issuance of the transit certificate, a document that allowed migrants to legally cross the country within 72 hours and served as a documental basis to quantify the number of persons on entry, which now can only be approximated. 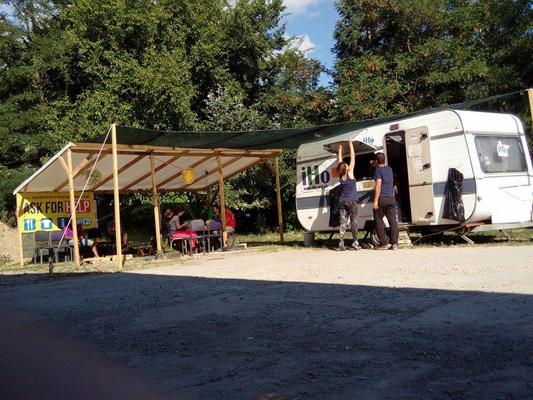 In the transit area of Kelebija, numbers vary from day to day: last week they went from 80 to 160 in a single night. Some people stay a few days, others – including families – for over two months.

The wait is exhausting, as no one can predict when they will be allowed to cross. The list is managed by the Commissariat for Refugees and Migration (a public organisation originally created to manage internally displaced persons after the conflicts of the Nineties, since 2012 also in charge of migration management) and only unofficial information is leaked. People are informed when their names are nearing the top of the list, then the document may undergo changes that can prolong their wait for weeks.

Of the 30 scheduled for crossing on a given day, some may in fact no longer be in the transit area, having decided to resort to smugglers. Being impossible to determine with certainty who will be next, it is crucial to stay close to the border to avoid the risk of missing the turn. The only way to do so is to camp in the transit area​​, which like government camps is under the control of the Commissioner.

Tents and people are crowded, but services offered by the authorities are scarce. "In the camps run by the Commissariat, standards of treatment are inadequate: most are overcrowded and accommodate twice as many people as initially planned. From a security point of view, then, anyone can come and go without the necessary controls to ensure the safety of those who are inside these structures", notes one of the operators we meet at the border. "The situation in the transit areas close to the border, however, is even worse: there is only one shower for all the people camped in the area. With winter approaching, it is unthinkable for these people to keep sleeping in tents without endangering their health".

Once crossed the border, the 30 people allowed in Hungary every day need to submit to checks by local authorities, which may result in arbitrary push backs – an integral part of that "war on refugees" which will culminate with the referendum scheduled for October 2nd. For single men, there is a quarantine period of 28 days to be spent in a confined space, where security checks are carried out. In most cases, those sent back to Serbia after four weeks of waiting will attempt to cross the border by resorting to smugglers – a wasted month must be made up for at any cost.

In Kelebija, near the transit area, we meet Tarek, founder of the I am Human Organization (iHo), which runs a community centre for migrants. Tarek, a Syrian citizen, arrived in Serbia two years ago, before many of his fellow citizens. Last year, when the humanitarian crisis on the Balkan route broke out, Tarek founded the association and for months, in Dimitrovgrad, he provided material support to migrants arriving from Bulgaria thanks to individual donations and the work of many volunteers from Serbia and other European countries. Now that the arrivals from that side are reduced to a constant, but limited trickle, Tarek has moved to Kelebija, where he has managed this space in collaboration with volunteers for two months now.

"Last week, 550 people stayed here, but the peak was reached two months ago, when we registered 925 in one week", says Tarek, consulting a laptop where volunteers register anyone who transits there.

The hundred square metres rented by the association host a trailer where people can charge their phones and access the Internet. Next to a row of camp showers, a wooden structure serves as an educational centre specifically designed to provide recreational and educational activities for children, but also English and German language courses for adults.

"We set up this space mainly for educational activities and play time for children – explains Tarek – but many of them have great difficulty in taking part in these activities: what they need is rather psycho-social support. Most are traumatised children, who left their place of origin very young and have therefore never been schooled. When they finally eventually manage to arrive in Germany, they will be catapulted into a school system they will not be prepared for".Targeted, qualified spaces would be necessary to create integration centres.

Weekly updates released by the UNHCR do not provide figures on the presence of minors. To approximate the extent of the phenomenon, however, we can refer to the data collected by the Belgrade Centre for Human Rights, which estimate 1003 minors out of a total of 2,665 asylum applicants between April and June 2016.

The community centre plays another important role as a meeting point between migrants, iHo volunteers, and international organisations active in the field, that have no access to transit areas. This is the only space where it is possible to come into direct contact with migrants, implement the distribution of goods, and assess the needs of individuals and groups.

Some volunteers complain about the top-down management by the Commissariat, which leaves little space for cooperation with those working on the field. In recent months, the bureaucratisation of practical assistance has proven particularly inefficient and incapable of handling the constantly changing situation.

The mandate of the organisation is largely legitimated by the experience gained in the management of internal refugees in the nineties. The current situation obviously poses different challenges, starting from language and cultural barriers.

So far, the internal debate in the country has been dominated by the rhetoric according to which Serbia would be just a transit country. The argument has certainly contributed keeping under control possible adverse reactions from the public, and at the same time allowed to postpone indefinitely a serious reflection on the possibilities of integration for the few who decide to apply for asylum in the country.

The situation in Kelebija is dramatic, but unfortunately it is only the tip of the iceberg of a crisis management driven by absolute emergency. If Belgrade has proved extremely cooperative in terms of managing migration flows so far – certainly encouraged by Brussels – no one can say how long this attitude is going to last. Full cooperation with the open door policy invoked by Berlin, now that Chancellor Merkel seems increasingly isolated both in her own country and the European Union, could be questioned by Belgrade too.