Branko Čečen: let us do our job 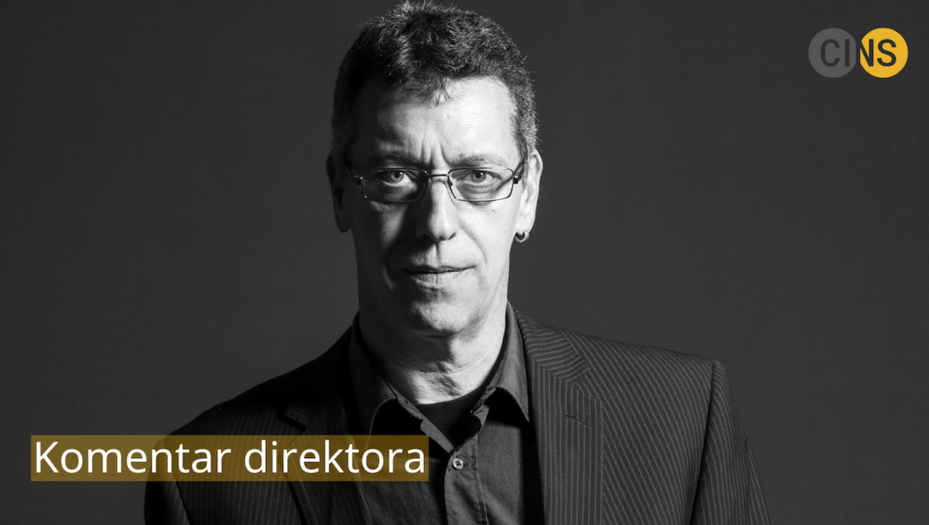 A comment by the director of Serbia's Center for Investigative Journalism after the Serbian government recently introduced a measure that restricts freedom of information during a state of emergency. A ruling that the Serbian Prime Minister declared will be withdrawn

On March 28th, the Serbian government approved Note 1229 (published in the Official Journal of March 31st, 2020), which provides that municipalities and cities, as well as healthcare facilities, cannot disclose information on the epidemic, reserving this right to the Crisis Unit for the containment of the spread of COVID-19. There is, however, another point of the Note to which attention must be paid: "The news on the health measures taken and other information regarding the fight against the disease COVID-19 [...] provided to the public by unauthorised subjects cannot be considered true or proven, with the possibility of applying provisions relating to the liability and legal consequences of the dissemination of false information during a state of emergency".

Put simply, anyone who publishes information that has not been disclosed by the Crisis Unit is likely to be sanctioned, in the worst case scenario with a sentence of up to 5 years in prison.

It is a very serious threat. Even criminals do not like the idea of ​​ending up behind bars, even for just five minutes, let alone people who do their job respecting the laws and the constitution. In recent years Serbia, under the leadership of the Serbian Progressive Party (SNS), has experienced a radical degeneration of the already weak information system, but it was still far from censorship.

Censorship exists where a state institution decides what can be published and what cannot be. And today there is censorship in Serbia.

As we reported in an article published on Tuesday, March 31st, some jurists specialised in the field of media and the protection of freedom of expression say that the Note of March 28th has no force of law. There is in fact a difference between note, regulation, and law. Note 1295 – the experts add – does not comply with the constitution nor with the laws governing the media sector, primarily the Law on free access to information of public interest and on the protection of personal data.

Taking into account the observations of the jurists, one wonders if we, journalists who try to inform citizens responsibly and professionally, will end up being arrested and sentenced to prison terms for doing our job. As of now, we cannot know. Judging from some recent cases related to the epidemic, state institutions and judicial bodies do not feel too bound by the laws.

After all, it is a lottery in which each of us will have to make their own decisions, decide for themselves.

But if all journalists in Serbia were to decide to comply with that note, what would that decision mean for Serbian citizens?

- They would know nothing about the epidemic, except for the authorities' contrasting – when not diametrically opposed, often harmful, and undoubtedly irresponsible claims, which is why they will be forced to try to regain the trust of many citizens.

- Even when the Crisis Unit does not filter the information, the "verification" procedure forces us to postpone publication, and this delay could cost someone's life.

- They would not know what kind of and how many tests for the diagnosis of coronavirus we have, if they are performed at all...

- They would not know how many health workers are infected – and there were already few before the epidemic – nor what protective devices they used and continue to use.

- They would not know how the system of diagnosis and treatment of coronavirus patients works – these stories are slowly emerging, harsh stories that tell the difficult fates of the infected and their families. Few are the stories of patients treated quickly and professionally, while social networks are rife with accounts of those who have fallen into a "black hole" or those who have undergone a triage assessment based on discriminatory criteria.

- They would not get any answer to the question "What will happen to my children if I were to be taken to Sajam?" [the Belgrade Fair, where new beds have been set up for the treatment of less serious patients, ed.], not even one like: "We haven't thought about it, people will manage".

- They would know nothing about the itinerary of the masks from the purchase to delivery to the citizens; their prices, origin, and quality; of available ethyl alcohol supplies, etc.

- They would not know the reasons behind some government decisions, such as the ban on taking the dog for a walk during curfew.

- Finally, they would not even know that the government approved that note, because no one from the Crisis Unit informed us about it, as if it concerned the purchase of hygiene products destined for the Crisis Unit itself.

We human beings are still animals, we like to be on top of the mountain to be able to see the carnivores approaching in secret. Being informed reassures citizens and makes them feel more prepared to face challenges, whatever they are. Therefore, the objective of the Crisis Unit should be to inform citizens in a detailed and systematic way. Even if information, such as information on the increase in the number of coronavirus cases, should be disconcerting and difficult to accept, there is nothing worse than guessing in a paranoid way, locked in the house in a deserted city. After all, it is a condition that is bad for your health. And what about censorship? Censorship generates misinformation, paranoia, and panic, and will only reinforce the distrust of politicians who, in the space of a few weeks, have made a series of opposing claims concerning our lives.

Serbian citizens are not immature or panic-prone. In fact, it is precisely in existential crises like this that we manage to bring out the best in us. Suffice it to recall the floods [of 2014] and the thousands of people committed to building the barriers along the banks of the rivers and providing help to all those who needed it. Nine out of ten Serbian citizens comply with all coronavirus protection measures. We will not go out into the street to scream or throw ourselves off the bridge if we find out that we are approaching the "Italian scenario", the numbers that have been provided so far suggest that we are far from that hypothesis. We are not going to rush in a frenzy towards the nearest border. Let us understand what is going on. Let journalists participate. Without us, this crisis will not be resolved. Compliment that 90% of the population that respects the measures, encourage us to continue, do it at least once, even if it is hard for you. You do not have to compliment journalists who risk their lives and their loved ones' by working as if the situation were normal. Although almost all political leaders have done so in other countries.

Let the reporters do their job. It is in everyone's interest. We will highlight problems that need to be solved, and someone should thank us for this, instead of arresting us. When all this is over, Serbia will find itself in a very difficult situation, just like the rest of the world. Dear members of the Serbian government, it will depend on the decisions you are making now how society will deal with what will be a major post-epidemic crisis. An upset society, paralysed by internal strife, impoverished and not free, has very little chance of recovering. Serbia is not China. The constitution says so.

Even if you are hiding something very embarrassing, if you are convinced that you must continue to hide it, because the truth could damage you politically, you must realise that if this country were to sink into the abyss, you will have nothing to govern. Or at least power will no longer give you any pleasure.