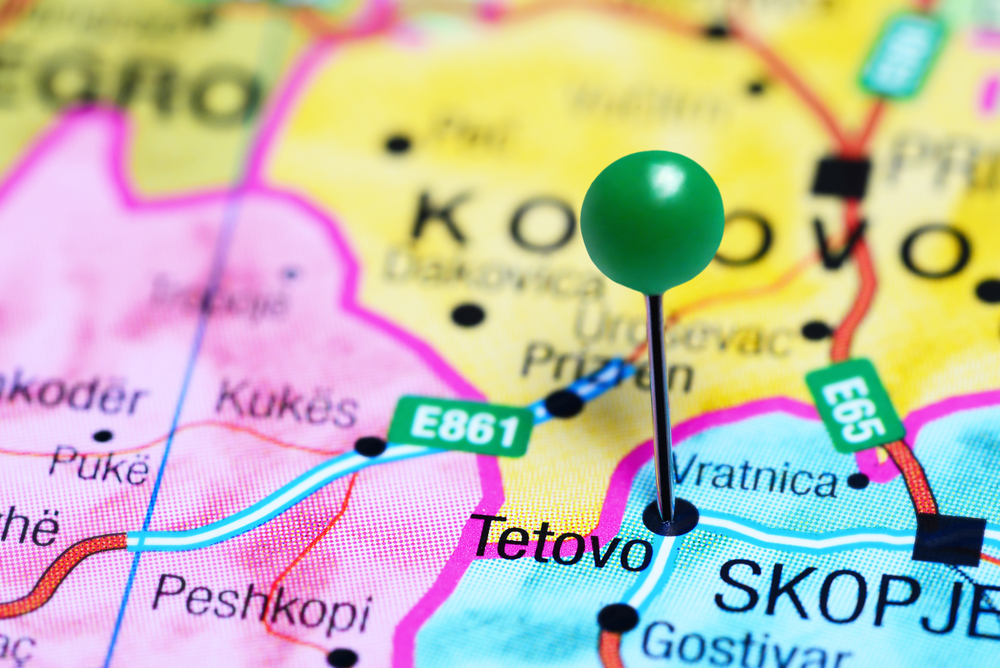 Tetovo, North Macedonia, is one of the most multi-ethnic and multicultural cities in the Balkans. Here many inhabitants can speak all the many languages of the city: a skill appreciated for the ability to open doors, friendships, and possibilities

A large number of citizens can speak more than one language other than their mother tongue – languages used by neighbours, fellow citizens, and acquaintances from different ethnic communities. Macedonian, Albanian, Romani, Turkish, Serbian, Croatian, and other less represented languages are currently spoken as native in Tetovo.

Roma are the third largest community, after Albanians and Macedonians, and are the most proficient in the other languages of their fellow citizens and neighbors, also due to the lack of opportunity to have classes in their native one. In fact, in Tetovo, Roma children and students attend classes in Macedonian, Albanian, or Turkish.

Nezir Huseini, a member of the Roma community, speaks the languages of all ethnic communities in Tetovo, for a total of seven languages. In addition to Romani, he speaks Macedonian, Albanian, Turkish, Serbian, and Croatian, plus English and German.

"Beside Romani, I use Albanian because I studied the language in primary school. Throughout my life, I have mastered the Macedonian and Turkish languages and studying at a military academy in Belgrade at the time of the then Yugoslavia improved my Serbian/Croatian. During my professional life, I learned English and German, which I actively speak, read, and write", says Nezir.

According to Merita Mustafi, who works in the non-governmental sector in the Sonce Association for Democratic Development of Roma on the topic of education, Tetovo is a truly unique example in which Roma people manage to master as many languages as possible. For example, in other cities in Eastern Macedonia, where Albanians do not live, only the Macedonian language is used, or possibly Turkish.

"In Tetovo, apart from the fact that Roma people have to attend classes in a language other than their own, language learning happens in everyday life and at work. In Tetovo we live in diversity, there are no ghettos or neighbourhoods with only one nationality, so you learn other languages in conversation with your neighbours. Roma have always been merchants and artisans, and in that way, through their work, they have been in constant communication with other people, and that's how they’ve usually learned new languages", explains Merita.

The law on education in North Macedonia guarantees that the Romani language can be taught at school both as a native language and as an optional subject, but the main problem is the lack of teaching staff. The Roma as a community have the lowest level of education in the country, so no staff has been trained to educate the future generations. Merita says that even though the situation is far from perfect, on average Roma people in North Macedonia are much more educated than in the rest of the Balkan countries.

"I have many experiences from Erasmus projects in Serbia, Bulgaria, Romania, in Germany, and other countries. In those countries, the inclusion of Roma in the educational process is much lower than in North Macedonia. Here they have the highest level of secondary and higher education compared to the rest of the Balkans. I think we are an example of how to implement both strategy and action plans for the inclusion of Roma", argues Merita.

In a city like Tetovo, mixed marriages enable a certain part of the population to get to know several languages. Nadir Murseli is such an example: his father spoke Turkish as his mother tongue, while his mother spoke Bosnian.

In addition, he also mastered the other languages spoken in Tetovo, given the large circle of friends and neighbours in the city's mixed environment. This is how he learned Macedonian and Albanian, which he speaks fluently along with Serbian and Croatian, while he has some command of Romani. He has also learnt English and German due to professional needs.

"Nowadays, knowing many languages, those of your neighbors and fellow citizens, is extremely useful and helps in making friends: I simply have more chances to communicate with a larger number of people. I believe that knowing languages is a real asset and keeps more doors open”, says Nadir.

He says he somehow manages not to confuse the languages when he talks to people, and jokingly adds that at least this does not happen to him on social networks. “When my mother died, many people came to the funeral and for me it was a pleasant surprise to see friends from so many different ethnic groups in one place: Macedonians, Serbs, Albanians, Roma, Turks”, recalls Nadir.

Macedonian Toni Bogojevski has an interesting story about how he perfected the language of his fellow citizens. He taught in a secondary vocational textile school, for which the interest has dropped a lot, so since 2005 there are no more classes in Macedonian and he almost lost his job. But he perfected his Albanian so well that he continued to teach professional subjects in Albanian.

At the same time, his excellent knowledge of the Albanian language opened up a new job for him as an authorised translator in court, of books, and more.

Against this backdrop, it is probably not by chance that the South-East European University – a public-private facility with a policy of flexible language learning, where teaching takes place in Macedonian, Albanian, and English – is currently based in Tetovo.