Montenegro, a country to change

Montenegro, the Swiss bank account of the Marović family 31/03/2015 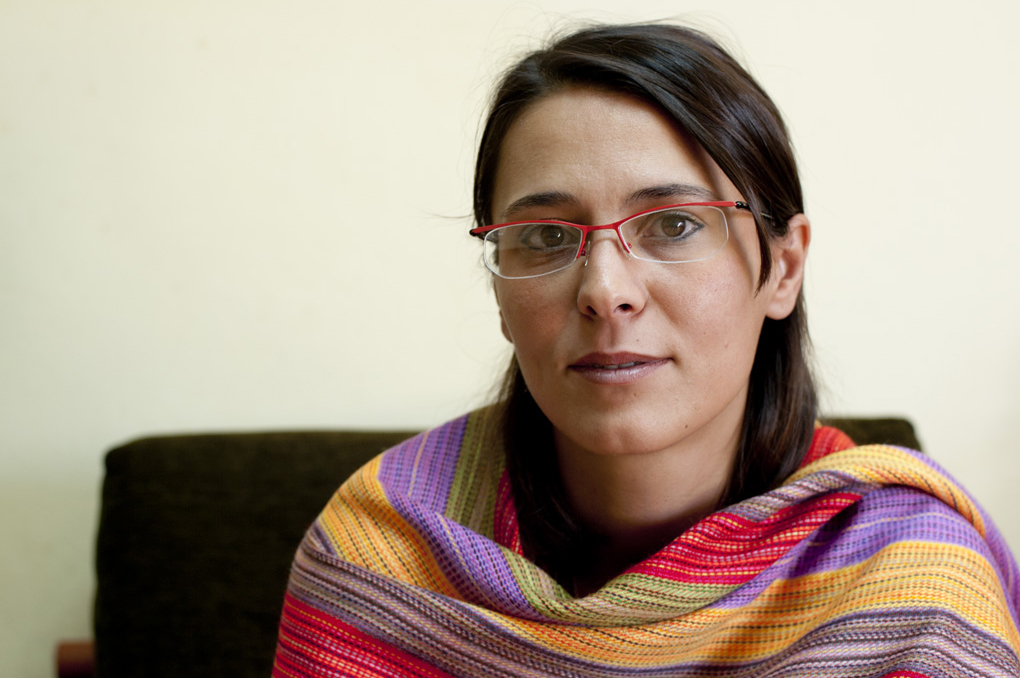 Montenegro: a country that has not seen a change of government for 23 years, stifled by corruption and organized crime. This is what Vanja Ćalović, director of MANS (Network for the affirmation of the non-governmental sector), struggles to change. The elections of October 14th have opened up spaces for hope, but much more needs to be done, including by the EU. Our interview

MANS has reported serious problems in the electoral process that accompanied the political consultations of last October 14th. What were the most problematic factors?

We found about 14,000 cases of names included several times in the electoral lists, or persons with multiple identification numbers (and probably multiple identity documents), that may have voted multiple times in different seats. Most cases were identified in rural and remote areas, where monitoring is much more difficult, especially for the opposition parties. In many municipalities, surprisingly, voters outnumbered the people registered with the national census last year, and many deceased people remain in the electoral lists, too. The other main problem is the misuse of public finances and the abuse of power by the government to influence the election results. The law has been violated in its central aspects, with new "political" hires and targeted subsidies to the unemployed, students, and farmers in the days immediately preceding the election. Many private companies that receive public funds decided to "provide" for free public works (roads, etc..) during the election campaign – a way to circumvent the rules and support the ruling coalition.

MANS (Mreže za afirmaciju nevladinog sektora) is a non-governmental organization that aims at reducing the level of corruption and economic opportunities for organized crime in Montenegro through the promotion of greater transparency in the public administration of the country. MANS monitors the activities of the parliament in Podgorica as well as issues related to the privatization process, illegal constructions, conflict of interest, and public tenders. The organization promotes the active participation of citizens in decision-making. In February 2012, MANS was one of the main promoters of the first social and political protests, shouting "vrijeme je" ("It's time”).

What was the government's response to your complaints?

The only reaction of the executive was to organize some press conferences to deny any irregularities and question the way MANS received the information on these irregularities.

Would you define the elections in Montenegro as "free, but not fair"?

Not even free, I'm afraid. In a country where the state is the largest employer, we have seen many cases of pressure on public employees to vote for the majority parties, or not at all. The same can be said for the big companies controlled by oligarchs and linked to the government by economic interests. Pressure or payment to "encourage" likely anti-government voters not to vote is today the most effective technique to limit support to the opposition. If you add that Montenegro's security services have not changed since the days of Yugoslavia, the situation is extremely worrying, also because of irregularities in the electoral process are extremely difficult to prove.

What is the political significance of these elections?

There are some new elements, especially the fact that the coalition led by Milo Đukanović no longer has the absolute majority in parliament. This is the first sign of loss of consent of the Democratic Party of Socialists (DPS). Now the ball is in the field of minority parties, that are likely to join the ruling coalition. A problem especially for the Albanian parties, that in the election campaign denounced the failure to respect minority rights and are now preparing to provide the decisive votes to the government they so severely attacked until yesterday.

Montenegrin politics has been marked in recent decades by the rift between pro-independence and pro-Serbian forces. Does this factor still weigh on the election results?

Yes, especially because this split is wisely exploited by the government. The creation of the Democratic Front, but especially Pozitivna Crna Gora (PCG), are new elements in this picture. PCG is the first opposition movement that is clearly pro-independence, and for this very reason it managed to steal votes from the DPS. It remains to be seen how the movement, created in a few months, will be able to live up to the high expectations it has created in Montenegro.

You were a leading figure in the protests that shook Montenegro in early 2012. What is left of that spirit? What did those events change in the country?

That protest movement, I believe, marked the birth of what we might call "civil society" in Montenegro, the union of people of different political orientations, but with common problems and the desire to act, to find answers. It was the first time people were not taken to the streets by Montenegro's statehood issues, but protested against organized crime and corruption. For the first time, Montenegrins experienced that it is indeed possible to show dissent publicly. That is why the government was so scared.

Have you ever thought of personally entering politics?

No, never. I do not think politics is the answer to everything. Whoever is in government, someone needs to be a watchdog and demand that responsibility is taken in case of abuse. I think I can better contribute to Montenegrin society in this role.

How has the work of MANS changed since its creation in 2000? Who funds the organization?

MANS has grown and developed quickly. Today we have 34 people working full time, plus 15 part-time. This allows us to focus on several issues, such as organized crime, which initially were not one of our focus. At the same time, over the years, we have earned the trust of a growing slice of Montenegrins, who address us more and more often with their complaints and reports. MANS is funded by foreign donors, especially the European Commission, the EU representative in Montenegro, the US Embassy, and private foundations. We are careful that none of the funders acquire a dominant role, but above all, we are careful not to accept funding from the government...

MANS deals with a wide range of problems including corruption, public tenders, conflict of interest, and illegal constructions. Are all these manifestations of the same problem? Is there a priority in the fight against these phenomena?

Yes, all of these issues are closely related, and stem mainly from the relationship between power, corruption, and crime. Priorities have changed several times over the years, depending on the policies of the government and the management of Montenegro's financial resources. For a long time our focus was the savage construction industry (and the related money laundering) and the privatizations carried out in absolute lack of transparency. Today, with the economic crisis, public tenders and corruption have grown in importance, because this is where money flows are more substantial. Equally controversial is the energy sector.

In Montenegro, next to a traditional problem for the freedom of journalists, we are witnessing a situation where influential media are oriented against the government...

Yes, it is definitely an unusual condition, as is the fact that, in Montenegro, the press is currently more influential than electronic media. The media play an important role, and it is no coincidence that the harshest attacks by the government, rather than focusing against the political opposition, target independent media and MANS. Anyway, media is animportant, but not decisive factor in today's Montenegro: having much of the media against has not disrupted the system on which the power elite, hinged around the figure of Đukanović, is based.

What is the role played today by the European Union in political developments in Montenegro?

The EU has a positive role and provides the pressure necessary to force the political class to implement processes of reform and change. The Montenegrin government, however, is too often not faced with its responsibilities. This is because Brussels sees Podgorica in a very problematic regional context (Bosnia, Serbia, Macedonia), where Montenegro is currently the only possible "success story" for the enlargement process. Change takes time, but with the current severe economic situation we desperately need an acceleration that does not seem to come from Brussels. That is why, in my view, support for the EU has dropped from 70 to 60% only last year.

What should the EU do to have a greater impact?

First, give clear and consistent signals, especially in its judgements on the work of government. The indications coming from Brussels are sometimes contradictory and show a lack of political will to address issues such as the high levels of corruption and organized crime. To give some examples, the outgoing Minister of Justice is the former head of the security services, and the current Chief of Police was responsible for the Sports ministry in the past, without having any expertise in the field. Appointments of this kind illustrate in a striking way what does not work in our system. That is why some ultimately political decisions, such as the fundamentally positive tone of the Commission's "Progress Report" published a few days before the election, are somewhat confusing.