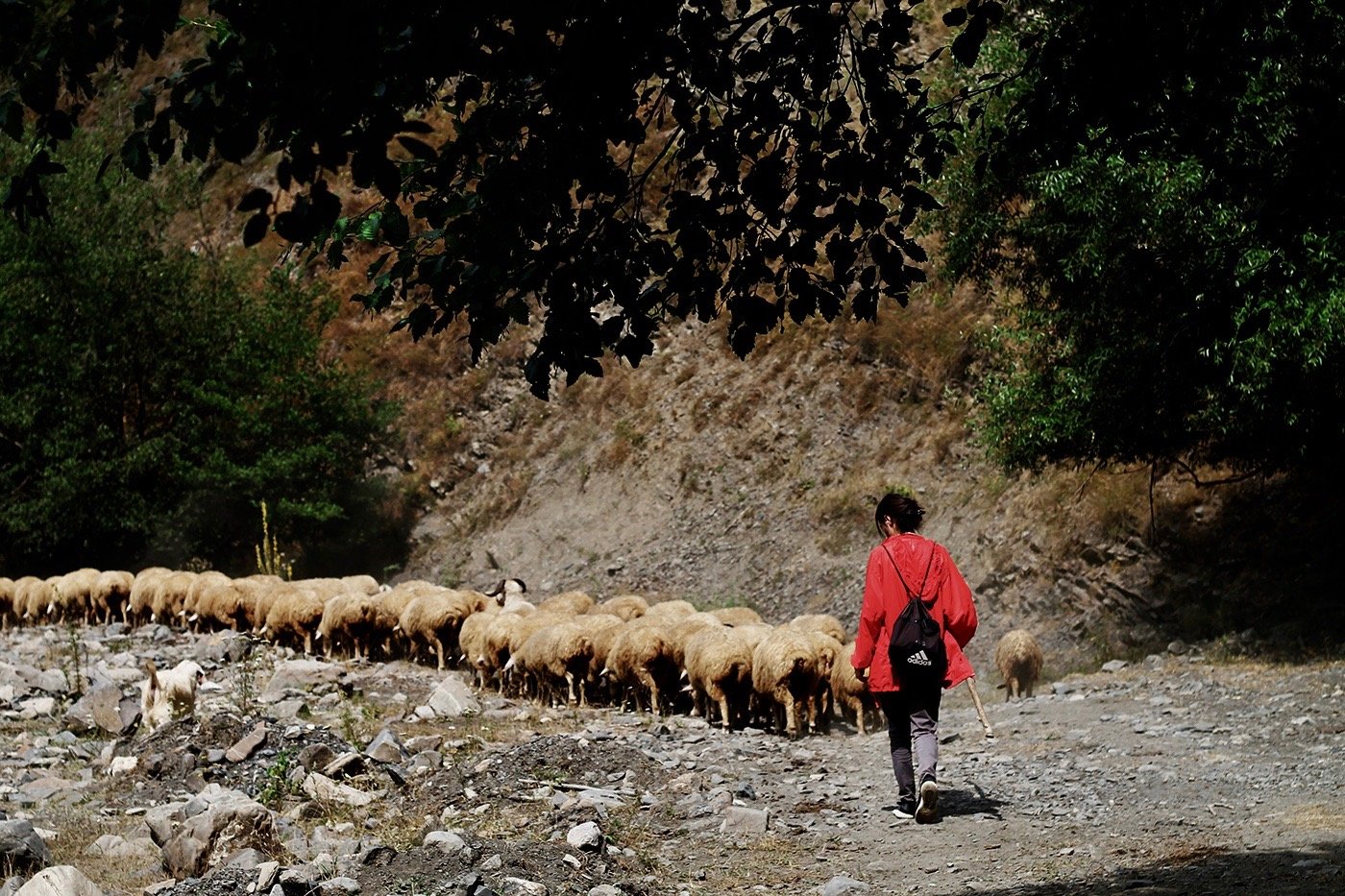 The story of Mariam Kochashvili, 21, shepherd at her village in the Pshavi mountains and student of the last year of medicine in the capital

Almost every child in the Georgian mountain village of Tkhiliana knows who is the slight, dark-haired woman following the sheep with flowers in her hand. She’s a Tbilisi medical student doing a man’s job as a shepherd. 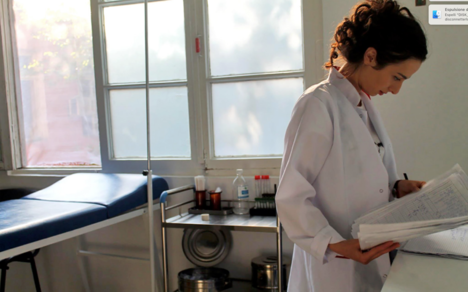 Like many young, rural Georgians, 21-year-old Mariam Kochashvili, a native of eastern Georgia’s Pshavi region, finds her life split between the past of the village and the present of the big city. But she takes it all in stride. “When I’m in the village, I am a villager, a shepherd girl. In Tbilisi, I have a different regime. Nothing special. I am an ordinary girl.”

An ordinary girl with an extraordinary schedule. In summer, while her friends are on vacation, Mariam, a final-year student at Tbilisi State Medical University, herds sheep during the week and works as a nursing assistant on the weekend at the city’s Hospital for Children’s Infectious Diseases. Once the weekend is over, she is back to Tkhiliana. The village and a nearby hamlet, Shuapkho, account for most of the 151 people still living in Pshavi’s Ukanapshavi district.

History claims that in eastern part of the mountain regions of Georgia men were hunters and shepherds, while women took care of the household. Today, with a scarce population, no clear limits exist for the roles of men and women in these remote mountain villages. As Mariam puts it, “In the mountains, a woman has to be a woman and a man at the same time.”

In the morning, Mariam wakes up at 6am to drive her family’s flock of 100 sheep out to graze about two to three kilometers from the village. To outsiders, herding sheep on these velvet-green mountains might seem idyllic, but it takes endurance. Sunny weather can turn suddenly into rain and fog, drenching you from head to toe. Raincoat and boots are of no help. The sheep hide from the fog and gather in the ravines. You round up the sheep, but they scatter again. You count them, but some are still missing. As it gets darker, you fear that wolves could be prowling through the woods. 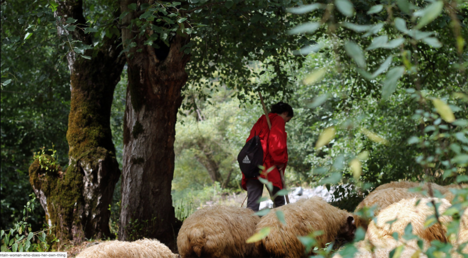 Soaked to the skin, Mariam returns home at around 9 or 10pm. In the evening, her family assigns the tasks for the next day: Mariam will tend to the sheep (known in the mountains as ცხვარში სიარული or, literally, “walking in the sheep”); others will look after hay or housework. Her parents, she says, do not like her shepherding, but do not protest. “[W]e help each other in different ways and it is necessary.”

Most Georgians, even in the mountains, see sheepherding as a job for men. Her work, therefore, surprises some locals. One middle-aged man sarcastically observed that she “even dares to herd sheep” along with studying and working in Tbilisi. That attitude angers Mariam. “It’s not a question of what one dares to do,” she stresses. “It’s the way life goes. One has to work, no matter what.” 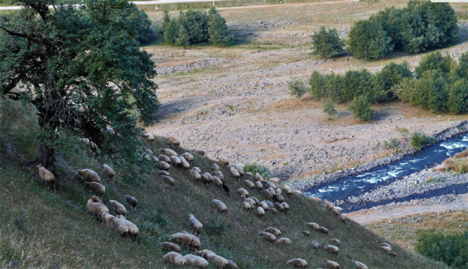 Fifteen years ago, Mariam and her 20-year-old brother, Mirian, had to leave as well. Conditions in Tkhiliana school were so primitive that their parents, both local school-system employees, had them start school in Dusheti, a town of about 25,660 people 57 kilometers to the south. They lived there with their grandmother. “Me and Mirian were crying a lot. We were little...” Mariam recollects.

She dreams of returning to her village one day, being reunited with her parents and opening an outpatient center with free care for locals. Small, recent improvements – a playground, mobile network and a new, 18-student secondary school in Shuapkho – make her hope that this could happen.

To help realize her dream, in summer she travels every Thursday back to Tbilisi for three or four hours by mini-bus to her job at the Hospital for Children’s Infectious Diseases. Her city friends and colleagues respect her sheepherding, she says; one friend even traveled to Tkhiliana to try it herself.

The weekly trip to the Georgian capital, though, is “often exhausting,” she concedes. It’s a five-kilometer walk to the nearest mini-bus stop. But Mariam says she does not mind. “You need to study and work in order to achieve something. For that, you need to struggle a bit.”