A grass-roots initiative for media freedom in Europe 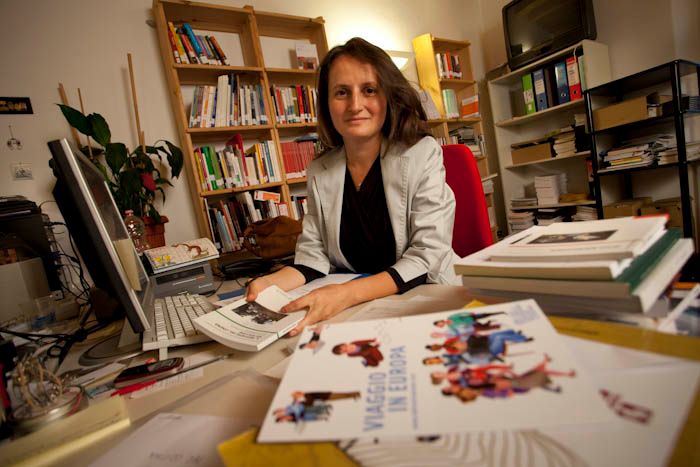 On January 28th, at the premises of the European Parliament in Brussels, OBC hosted a discussion on media freedom in Europe. The welcoming speech of our director, Luisa Chiodi, summarizing the achievements of the project “Safety Net for European Journalists”

I would like to thank the group of the Greens/EFA that hosts us, the Members of Parliament, and the Partners of the project Safety Net for European Journalists for joining us in this seminar. The project that I am going to present here has been supported by the European Commission's DG Connect and has involved 4 partners: Osservatorio Balcani e Caucaso; 2 media monitoring organisations (SEEMO and Ossigeno per l'informazione); the scholar Eugenia Siapera; and 9 media partners, covering 11 countries – Bulgaria, Croatia, Cyprus, Greece, Italy, Macedonia, Montenegro, Romania, Serbia, Slovenia, and Turkey.

For the past 12 months, the project “Safety Net for European Journalists” has been exploring ways to empower threatened journalists in a vulnerable area of our European space, characterised by severe problems in the field of media freedom. All 7 EU member states and the 4 candidate countries that we focused on, with the only exceptions of Cyprus and Slovenia, were rated as “partly free” or “non free” by the Freedom House's Freedom of the Press 2014 Report.

Media freedom and freedom of expression are the core of a democratic society. Despite this, in Europe journalists are sometimes threatened, censured or intimidated and this affects the citizens' right to information.

OBC, together with SEEMO, Ossigeno Informazione , Professor Eugenia Siapera  (Dublin City University) and a broad network of media partners in 11 European countries, will devote a year to studying the freedom of the press in Italy, South East Europe and Turkey.

Go to the project

Thanks to a transnational partnership working in 10 languages, “Safety Net” carried out a range of activities, including: reporting, monitoring, and documenting media freedom violations; carrying out research; and raising awareness around the needs of journalists in Italy, Turkey, and South-East Europe.

What we did was to carry out grass-roots work in support of threatened media professionals, focusing on their main concerns and needs. “Safety Net” examined some well-known and persistent structural problems, including concentration of media ownership and the perverse links between business and politics; it looked at the main sources of threats, such as commercial/business interests that hamper quality journalism; it described the main mechanisms that put journalists in danger, including violence, but also slander or lawsuits.

These aspects are systematically discussed in the recently issued report by Dr. Eugenia Siapera, that examines journalists' perspectives on media freedom on the basis of 110 interviews with threatened media professionals, carried out in 11 European countries. Other, equally pernicious – though not as widely debated – trends emerging from Siapera's comparative research include the deregulation of employment conditions and the issue of the deprofessionalisation of the field. Finally, Siapera's analysis offers relevant policy advice on how to support media freedom and journalists in need.

Needless to say, there are country-specific problems stemming from authoritarian legacies, ethnic tensions, or corruption – that is by no means uncommon in the region. Of course, media outlets do reflect and are shaped by the socio-political context, economic performance, and structural issues of each country.

However, many of the problems highlighted – and the related suggestions provided by the threatened journalists themselves – are common to all 11 countries, as the media sector is facing the same structural changes world-wide. As stressed by Siapera, the old arrangements – those that existed in the western world – are no longer tenable, with old business models becoming outdated due to technological developments and the role of the web.

Our ultimate goal with “Safety Net for European Journalists” was to allow the needs of journalists to emerge. Our interlocutors in the field reported on a number of important aspects – first of all, the need for legal assistance and financial support when they face lawsuits as well as physical threats.

Furthermore, transparency in public and private distribution of advertising to media outlets was another crucial aspect respondents focused on as an effective disciplinary mechanism. In some countries, legal provisions protecting media freedom need to be redrafted – however, even where laws are formally in place, the most widespread problem is their correct implementation.

Other fundamental, though less widely debated concerns emerging from our work included the need for solidarity among journalists, as well as by the unions and the public opinion, and the need to re-legitimise the profession with renewed codes of ethics and new organisational rules overall.

These days, following the terrorist attack in Paris, discussing media freedom and the role of journalism in democratic societies seems obvious, almost banal. However, our year-long work showed us how difficult it is to stimulate interest around media freedom. Before Paris, only extreme situations, such as the ban of Twitter in Turkey, would arouse significant interest in the public sphere.

As we found out, there is a general perception that media freedom is not an issue, either because we live in democratic countries or because it does not deserve attention, as journalists are a dramatically discredited category in the eyes of the public opinion.

Therefore, our overarching effort with “Safety Net” has been to draw public attention thanks to a wide transnational campaign, carried out together with 9 media partners and their respective virtual communities. And yet much more is to be done in the European public sphere.

Overall, it is clear that to improve the situation of media freedom in Italy, South East Europe, and Turkey it is essential for journalists to seek alliances with their societies, that they are supposed to serve.

What journalists need is to regain public support. Guaranteeing media freedom requires broader socio-political changes, and we have to make sure that societies and their political institutions are willing and committed to carry them out.

Indeed, solidarity by international institutions should not be underestimated. The work carried out by the OSCE, the Council of Europe, the European Parliament and the European Commission, as well as by NGOs or European journalist bodies engaged in this field, is instrumental in terms of their acting as watchdogs against media freedom violations. Also, they can contribute to increasing the public recognition of the role of journalists by giving visibility to the accomplishments of quality journalism and to its contribution to informed, critical thinking.

Furthermore, in order to promote its values – including media freedom as a pillar of democracy – the EU should exercise its soft power and be more present in the media. This is apparent in South-East Europe, where we have Al Jazeera Balkans, CNN Balkans, the Russian media, but little EU.

“Safety Net” has contributed to make media freedom and the EU core values more present in independent media of the 11 countries covered by functioning thanks to a transnational editorial partnership to reach the regular public of those outlets.

The project's grass-roots approach also characterised the work of the monitoring organisations (SEEMO and Ossigeno per l’informazione) as the monitoring activity cannot be performed from a distance – it requires to be rooted locally, to rely on trust relations with the media operators, and consequently to identify media freedom violations and address them.

Finally, in order to respond to the concrete needs of journalists and thanks to the work of SEEMO, we issued a practical manual in 9 languages that offers guidance on a number of topics, including how to protect sources, how to store data and contacts in mobile devices, how to act against threats coming from the web, and much more.

With the practical manual, the regular monitoring activities, the transnational editorial partnership, the wide awareness-raising and information campaign, and the comparative research, “Safety Net for European Journalists” contributed to empower media professionals from the grass-roots in order to protect media freedom – a necessary condition for democracy to prosper in Europe.