Ivo Josipović: the European Union is a symbol of peace 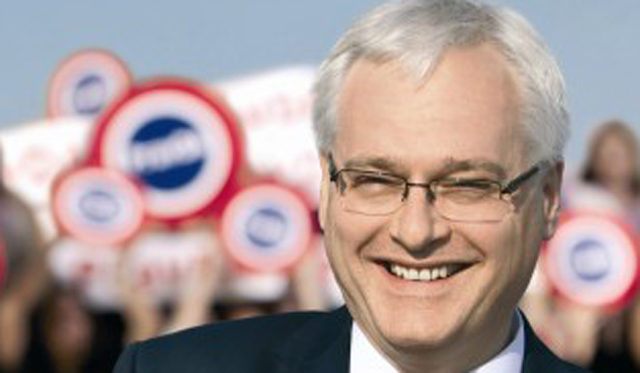 Next July 1st, Croatia enters the European Union. A historic moment, a step away from the tragedies of the 90s and a hope for the future. We met and interviewed Croatian president Ivo Josipović

In the beautiful presidency premises in Pantovčak, which dominate the historical centre of Zagreb, president Ivo Josipović welcomes me with a smile. Despite the effort of these days, full of official meetings with institutional delegations and journalists from around the world, he cannot conceal his satisfaction at what is going to happen on July 1st. A historic step, not without difficulties, but one of which he proves to be a sincere and staunch supporter.

Croatia is finally in Europe. What does it is bring to the Union?

First of all, what other countries have also brought – market enlargement, cultural wealth, environmental beauty and, what is perhaps of particular importance at this moment, a certain optimism. It is a fact that the country wants to join the EU, despite the crisis, showing that there is confidence in the Union. And this is because we in Croatia, perhaps more than in other member countries, value greatly the most important role of the EU as a peacemaker, the original idea of those who founded the Union after the Second World War. We have just come out of a war and this is why such security means a lot to us. That is also why, in addition, we will encourage and help our neighbours to join the EU as soon as possible.

I think this represents a good dowry. Of course, we expect at the same time that the EU supports us, not only with financial assistance, but also with new impulses in terms of investment and cultural exchange. I see a community in which we give something to each state and from each of them we expect something. This is how it should work.

How does Croatia look at the Union? A political union, i.e. a federation of states...

The EU is not a classic federation, it would be difficult to see it this way. Europe is still an ongoing project. There are different visions of Europe, and it is clear that the vision of the states that revolve around Germany is a bit different from that of the countries that are under the influence of Britain, or Scandinavian countries. I think it is normal that there are different conceptions, but perhaps not mutually exclusive. Perhaps there may be a "middle way".

It is difficult to tell how fast the EU will be transformed into a qualitatively new entity, but I am convinced that the future is "more Europe", not less Europe. I also believe flexibility will be essential in the whole process. Along the way, some countries may accept some things earlier than others.

Therein lies the difference from the United States of America, often compared to Europe's future. It must first be recalled that Europe was not born from a situation of war, although it is true that it was born after the Second World War as a common project of pacification. Secondly, it is important to remember that, unlike the United States where the identities of the states were formed in a particular way, we in Europe have our national identities, we wanted them, and continue to keep them. At the same time, however, we also want to build a common European identity, and here there are clear differences between the EU and the U.S. in the times and modes of organisation.

What do you mean by "middle way"?

When it comes to any kind of project, we will always find someone who wants a stronger, faster bond, while someone else will prefer taking things more slowly. For this reason, there is always the search for compromise. The ability to reach compromise is a great virtue and is one of the virtues that make it possible to keep a community together.

So you do not see Europe as a federation of states which gradually cede their sovereignty to common institutions?

I would talk about gradually building common functions. So, Europe is not an alien force that takes sovereignty from states. It is a common project, based on an agreement between countries that wish to carry out some functions together and retain others. The twentieth century has brought, and the twenty-first century will certainly continue to bring, the redefinition of the overall concept of sovereignty. Likewise, I predict that it will redefine the concept of supranational community, that is, its meaning with respect to the classical concept of national sovereignty.

And what issues does Croatia bring into the European Union?

All countries have problems and so of course does Croatia. Our problems are quite clear. The most important ones concern economic development, unemployment, and the economic crisis but, at the same time, unlike other European countries, we also have advantages such as security. Ours is a safe country and will remain so. Besides, we are small and therefore possess a greater ability to adapt than other, much larger EU countries.

Sure. Our boundary line will be one of the most extensive borders ever in the EU. We largely confine with Bosnia and Herzegovina, with Serbia, and south we have a short section of the border with Montenegro. What I hope is that this border does not become a sort of Chinese wall, but a door that you can cross with ease.

This obviously does not depend only on us, because now this issue is primary responsibility of the EU. It also depends on our neighbouring countries, that will have to commit themselves to improve their political and technical conditions so that we can start talking about flexibility of borders. We have obtained a status that allowed us to enter freely with the ID card in Italy, Slovenia, and Hungary. I would like for this to happen also for our neighbours. But they will have to work and I think they will.

Croatia joins the European Union 20 years after a long war for independence. Do you fear losing some of the sovereignty you have conquered?

No. Here is the fundamental difference between the EU and a classic federation. In the EU there is a certain flexibility and there is the chance to get out in a different way than from a classic collective state. Again, I refer to the process of redefining the supranational community, compared with the traditional associations between states.

But I do not think any country will exit the EU. We see that, despite the crisis, no state is actively thinking and planning the abandonment of the Union.

You have taken important steps towards reconciliation between the various former Yugoslav republics after the wars of the 90s – the meeting with Boris Tadić in November 2010, your statements in Sarajevo in front of the Parliament in April this year, the apology for the massacre of Ahmici. May Croatia's accession represent a further step towards overcoming the legacy of the region's recent past?

Yes, of this I am convinced. In the EU, we will even have the possibility to encourage and at the same time assess the improvements of our neighbours that wish to join the common European home. We expressed very clearly, even with a statement of the parliament, our support for our neighbours along the European road. And when you are in a position to help your neighbours in political and technical terms, and to collaborate with them, you are already working on the construction and the improvement of relations. It builds mutual trust. I am sure that our entry into the EU today, and others' one day – I do not know how many years it will take for each individual country – will certainly contribute to stability and the maintenance of peace.

Do you think, therefore, that leaving the rest of the region outside the EU means to maintain a state of instability?

Absolutely. I think here you will have peace, or better, lasting peace will have more chances, if all the countries in the region join the European Union. Theoretically, it is not impossible to think that some countries may fail to meet certain requirements, but still live in harmony with their neighbours while remaining outside the EU. However, I think that the harmonization of justice, economy, and open borders mean a lot to stability and peace.