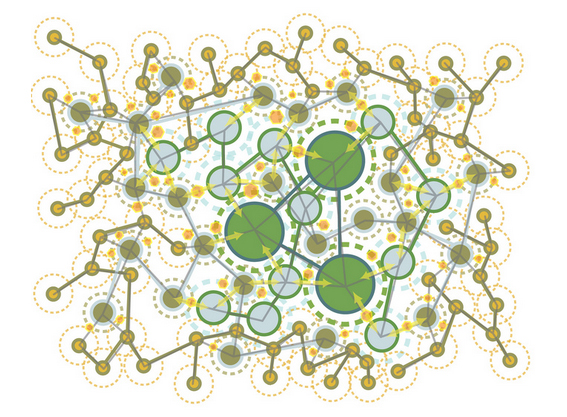 Increasing the production of electricity from renewable sources: this is one of the objectives that the EU Member States must achieve by 2020. Croatia has been slowing down its program and might be sanctioned by Brussels

The relationship between Croatia and the EU energy standards had started well: in fact, as early as 2008 – 4 years prior to formally joining the EU – the Zagreb government had launched the National Programme for Energy Efficiency for 2008-2016, which already complied with European regulations (EU Directive 2006/32/EC).

And indeed, according to "The Coalition of Energy Saving " (a group that represents 30 European countries, 400 organizations, 150 firms), the Action Plan for savings presented by Croatia, next only to those of Ireland and Denmark, was viable and credible. Those of other states, according to the CES, "not only show lack of ambition, but lack credibility in the path designed to reach the binding target to the point they are exposed to infringement procedures and possible fines”.

Then, as often happens to those who reach a goal (the 2008 Programme was also a boarding pass for the country's accession to the EU), Croatia "relaxed" and did not proceed with the adjustments. Calls to order arrived soon. On July 22nd, Brussels sent a letter announcing sanctions against Croatia for non incorporating the new European directives into national legislation. The first deadline was June 5th, the second and last September 22nd. Considering the summer, Croatia will hardly be able to comply. And the delay could cost 1.8 million Euro.

In February, the European Parliament stated its support for legislation that would imply, by 2030, for 30% of the energy consumed in the EU to come from renewable sources (compared with 1990 levels) and also for energy efficiency to be improved by 30% by the same date. Also on that occasion, MEPs also supported the proposal made by the European Commission to achieve a 40% reduction of greenhouse gases emitted by 2030.

The Parliament, however, has not complied with other elements contained in the Commission's proposal: in fact, the latter had set at 27% the percentage of energy from renewable sources and this goal that was to be achieved for the entire EU and did not bind each member state. It also failed to mention the issue of energy efficiency.

Now, targets for 2030 will be discussed and negotiated between the EU governments and the Commission. They might have to expect until 2016-2017 before they actually become law. On the other hand, the goals set for 2020 remain in force: a 20% cut in emissions of greenhouse gases, 20% of the energy used to come from renewable sources, and a 20% increase in energy efficiency. The last goal seems the most difficult to reach.

But the mistakes made so far by Croatia are not only administrative and formal. The above-mentioned National Programme for Energy Efficiency for the period 2008-2016, adopted in 2008, included three three-year action plans: everything was right with the First , valid for the period 2008-2010, which was approved in February 2010 (revised in October 2009 and March 2010). The Second , however, which was to be ready in 2011 (for the period 2011-2013), was launched only in February 2013 – further evidence of Croatia's lack of attention towards the energy sector. Last July 30th, the Third Action Plan (2014-2016) was launched – an essential document to ensure European Structural Funds.

In addition to optimistically predicting the achievement of the standards set for 2016, the Third Action Plan has the merit of introducing a system of measurement and verification of the results obtained, absent in the First and Second Action Plans. In fact, if checking the actual implementation of the Second Action Plan, one can note that out of over 30 programmes, activities, and projects in the field of energy efficiency, only one programme was adopted.

An analysis done by media attentive to energy issues shows that most of the positive results obtained with the two previous plans has come from non-scheduled, episodic actions rather than as a result of the systematic application of the measures provided for in the Plans, and communication has also been lacking.

Targets out of reach

In addition, the question of public real estate remains very relevant: by 2020, according to the European directive on energy efficiency , Croatia should renew and adapt (in terms of energy savings) 20% of state-owned buildings – at least 6% by January 1st, 2016. This goal currently seems out of reach without a serious approach.

But the deadline on energy efficiency of the structures cannot be extended – it stems from the climate-energy legislative package that the European Commission allocated to all member states and that, through the 20-20-20 formula, aims at an ambitious goal: energy savings for 20%, a reduction of greenhouse gases (the primary cause of global warming) by 20% compared to 1990 levels, and a 20% increase of electricity from renewable resources (which probably will increase to 30% by 2030 according to the latest proposals by the European Commission).

But how is Croatia to reach the target if the current rate of production of electricity from renewable sources is only 5%?

However, to reach the 20% share of gross energy produced from renewable sources, the European Union, with the directive "climate-energy" (2009/28/EC), introduced the possibility for all Member States to provide incentives for industry and citizens. If something has been done in the field of solar energy (136 plants) and wind power plants (14 plants), the worst delays are registered in the use of biomass (3 plants, despite the great potential in this field) and geothermal energy (only 1 plant).

Of course, investments are needed, but Brussels has also already warned Zagreb for its inability to draw from EU funds with good projects.