Croatia, moving to the islands 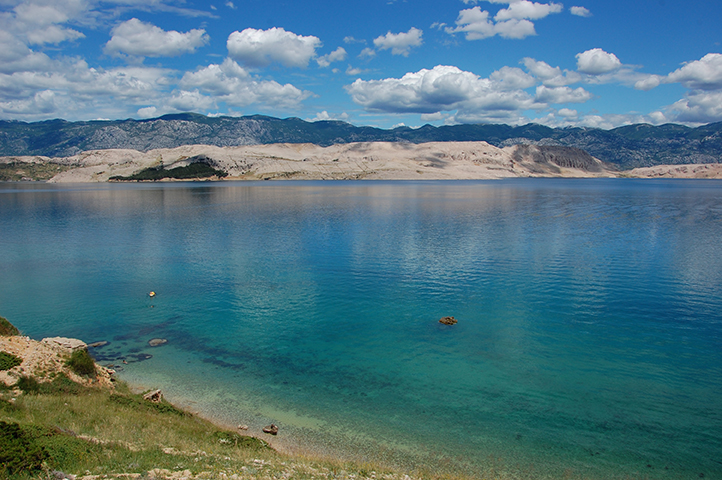 Usually, people tend to leave the Dalmatian islands to seek a more comfortable life on the continent. However, digital and foreign nomads are going against the trend

"We had always dreamed of going to live on an island, but we thought it was too expensive or otherwise incompatible with the job. Then, when we realised that we couldn't afford to buy an apartment in Zagreb, we expanded the field of search to the coast. And finally, here we are, living on the island of Vis". Ivan Šejić, 38, a native of Slavonia who works in the Zagreb office of Greenpeace, is one of the newcomers to Vis. In April, he started a mortgage with his partner and bought a two-story cottage a few steps from the ferry dock coming from Split. "It cost us less than we would have spent in the capital, where prices have skyrocketed", explains Ivan, who is now working almost completely from home, returning to Zagreb a week a month. His partner, an independent jewelry designer, manages her business entirely online.

Working remotely from an island

Stories like Ivan Šejić's are increasingly common in Croatia. Led by a combination of the new possibilities provided by the Internet, the desire to leave the big cities, and the ever more expensive rents created by Zagreb's real estate bubble, many Croats are choosing to move to the islands. Vanja Bralo, for example, moved to the island of Brac seven years ago, after a life spent in the Balkans, Canada, and Paris. His company, which deals with European project-writing, is based in Split, but Bralo can work from the comfort of home. "About ten years ago I happened to work here in Supetar, in a hotel. So I made friends and I somehow got used to this slower and, in many ways, better life. So, when I could, I returned", explains Vanya, who regularly goes to Split "for those administrative aspects that cannot be solved here".

"There is a new trend on the island, with digital and foreign nomads coming in search of a green oasis to work from. For example, a South African is about to open a company in Sutivan, with offices 100 metres from the sea​​", says Vanya. Among the many seasonal workers who come to Brac every summer, there are new profiles – those who do not come looking for a job but carry their own, intent on radically changing their lifestyle. Remote work makes many of these moves possible. However, warns Vanya, this phenomenon must be managed: "We need a development strategy for the island", because between wild construction and tourist monoculture, local governments risk ruining what is the very asset of the islands and what is attracting these new residents – peace and nature.

From a demographic point of view, the trend that Vanja speaks of is barely perceptible. Yet, for an area accustomed to a reverse phenomenon – that of depopulation, it is a great novelty. For decades, in fact, the Dalmatian islands have had to fight against a perennial demographic crisis, caused by few births and high emigration, but according to the latest data, recently published by newspaper Slobodna Dalmacija, the situation is reversing, with the beginning of a phenomenon that could bring new life to the waters of the eastern Adriatic. "Among the municipalities with more than a thousand inhabitants that recorded the highest population growth between 2013 and 2018, Solta (on the island of the same name, ed.) is first with +23.3%, followed by Sali on Dugi Otok (+16%) and Vir (+14.2%). The major municipalities with similar growth include Novalja on the island of Pag (+9.3%) and Vis (+6.1%)", writes Slobodna Dalmacija, citing data from the Croatian statistical office.

Nurse Anamarija Burica, 33, also moved to Solta. "I used to work in Zagreb, basically just to pay the rent, then I started looking for work in Split and when I found it I moved here with my husband, a native of Solta. Today I work in Split, but I live on the island and every day I take the ferry in the morning and in the evening", says Anamarija. According to Slobodna Dalmacija, among the causes of population growth there are the interventions decided in recent years by local administrations, committed precisely to counteract the danger of depopulation. Anamarija also benefited from one of these policies, as she moved to the island when she was pregnant. "I received 6,000 kuna (about 800 Euros, ed.) as a reward for the birth of the child. We did not move for this, but it is certainly something that allows us to start off on the right foot", explains Anamarija.

In Solta, regarded by many as a suburb of Split due to the good connections with the city centre (eight ferries a day in the summer, six in the winter), the municipality has invested heavily in supporting families and children. A new kindergarten has been opened and the number of pupils has grown every year. But this is not the only island that has opted for such a policy. In Sali on Dugi Otok, an even larger bonus was introduced – 60,000 kuna (8,000 Euros) for each newborn. Today, in both locations, the population is growing, but it remains difficult to say exactly what the cause is. In Sali, a significant role was also played by the relaunch of the local company Mardešić, the oldest Dalmatian fish processing industry, recently purchased by the French Chancerelle, which has invested 3 million Euros in it.

Statistics, then, lend themselves to errors of assessment, as no one knows who actually lives on the island and who has only moved their residence to benefit from some social aid (in Solta, for example, taxation is lower than in other locations). "There are many types of islanders – those who live in Split but spend every weekend here, those who live on the island in the summer but spend the winter in the city, and those who stay all year but are constantly on the move", explains Maja Jurišić, now a resident of Solta after years of working in Split and a recent seven-month parenthesis in Brussels. "Today I work remotely for my office in Brussels and I go to Belgium once a month. I realised that, after five years in Solta, I can no longer live in a big city, I miss the sea, the sun, the starry sky", says Jurišić. Anamarija also admits that "the best balance is a mix between the island and the city".

The difficulties of the islanders

"The island is perfect when you are a child and you can play safely, be in contact with nature. It becomes a prison when you are a teenager or when you want to study and go to university. After 30 or 40, when you may have children, the island becomes attractive again", sums up Ivan Goli, a resident of Komiža on the island of Vis. Ivan did just this, returning to his island where he owned a house. However, he cautions those who move to an island for the first time. "The tourist boom is making it very difficult to find a home, either to buy or rent", he warns. Anamarija Burica, instead, points out issues with ferries. "In winter, the last ferry to Solta leaves at 5.30pm, and at least 3-4 times a year it doesn't start because of the Bora wind. Then, you are stuck in Split until the following day", she points out.

A few months later, Ivan Šejić has maintained his enthusiasm. "This will be the first winter we will spend in Vis, I see that my neighbours and the people I have met so far are waiting to see how it goes, whether we will stay here or we will fall back to the continent. It is somewhat the first test for furešti like us", says Ivan. Winters are certainly the hardest moment on the islands although – admits Ivan – climate change is making the winter season milder. "The real challenge, in the long term, is to find a way to coexist with the island's mentality. Those who are super active, those who are very enterprising, risk becoming nervous about the philosophy of pomalo, of fjaka, which move everything in slow motion around here. Once you make peace with that way of life, the island becomes a perfect place", concludes Ivan.