Croatia and its neighbours after the entry into the EU 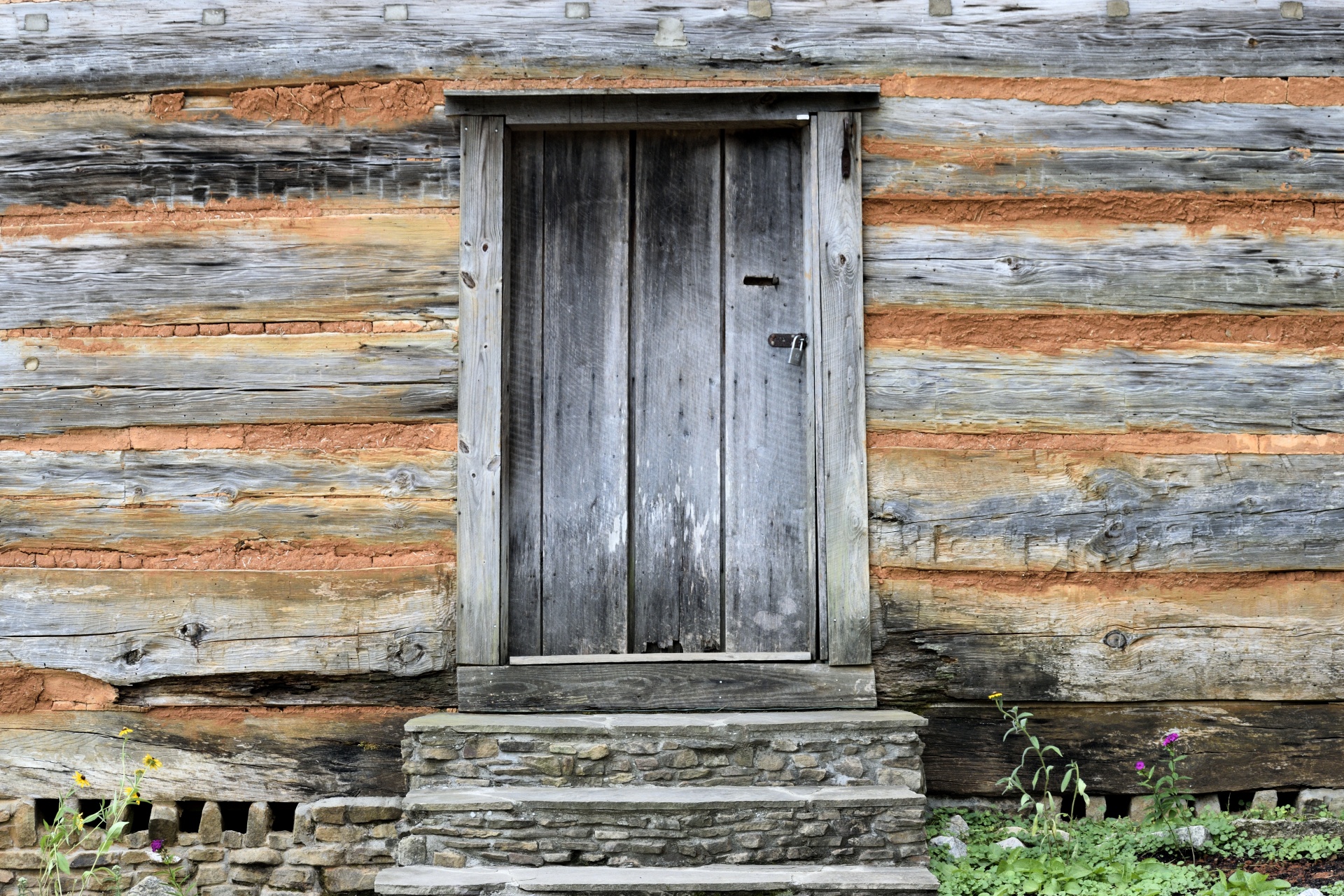 Over the past five years, since Croatia joined the EU and the centre-right rose to power, relations with neighbouring countries have undergone a progressive deterioration

For many years, the prospect of countries from the post-Yugoslav area joining the European Union was considered as a panacea for regional reconciliation, which would hopefully be fostered by a broader European framework. However, the example of Croatia, which joined the Union in 2013 and was hit by several internal crises, seems to contradict this assumption. Five years later, Zagreb is managing mild or harsh conflicts, with all its neighbours, with both the reopening of ancient breaks and the erosion of historically unproblematic relationships.

The relations between Serbia and Croatia, which had experienced a period of détente in the second half of the 2000s – in particular under the presidencies of Boris Tadić and Ivo Josipović – have undergone a progressive deterioration over the last five years.

In summer 2015, as the migration flows on the Balkan route increased and were directed towards Croatia by the construction of the wall at the Hungarian border, Zoran Milanović's Social Democratic government decided to close the border for a few days to vehicles from neighbouring Serbia. The temporary block, in addition to creating endless queues, projected a negative image that reminded someone of the war years, when Serbian citizens, in order to travel to Western Europe, had to go through Hungary.

Then, in 2016 and early 2017, with the following centre-right governments, Croatia exercised its veto power, blocking the opening of chapters 23, 24, and 26 in Serbia's negotiations with the European Union. The reasons for the dispute resided in the so-called "universal jurisdiction" that the Serbian judiciary reserves for war crimes and in the insufficient protection of the Croatian minority in Serbia, for which a seat in parliament was asked together with greater investment in education.

In 2016, Croatian President Kolinda Grabar Kitarović and then Serbian Prime Minister Aleksandar Vučić signed a declaration on improving relations and resolving open issues, in which they committed, among other things, to resolving the border issues still open and to foster collaboration to clarify the fate of the missing in the wars of the 1990s. The same intentions were repeated on the occasion of Vučić's visit to Zagreb in February 2018.

However, diplomatic crises and incidents have crept into relations between the two countries in recent years, until they reached the lowest point in spring 2018, when a visit by a delegation from the Croatian parliament to Belgrade was interrupted by a provocation orchestrated by the leader of the Serbian Radical Party (SRS). Vojislav Šešelj trampled on the Croatian flag and insulted the delegation. Šešelj, who sits in the Serbian parliament, was recently condemned by the International Residual Mechanism for Criminal Tribunals of the UN – which took over from the International Criminal Tribunal for the Former Yugoslavia – for crimes against humanity. However, having already spent an equivalent period in detention, he will not go to jail.

Although the Serbian authorities condemned the incident, the Croatian delegation ended the visit and returned to Zagreb. A few days later, another controversy arose from statements by Serbian Defense Minister Aleksandar Vulin – who often plays the role of arsonist in the dialectic of relations with Croatia, with Vučić in the role of fireman. First Zagreb and then Belgrade vetoed the entry into their country of the neighbour's Defense ministers.

The negative trend in relations between the two countries, together with the atmosphere of exacerbated nationalism, have created a negative climate for the Serb minority in Croatia (186,633 people according to the last census), increasingly presented by certain fringes of the Croatian right as an internal enemy, with its representation contemptuously labelled as "ethnobusiness".

In this climate, the initiative "The people decide" promoted a collection of signatures for a referendum that, in addition to embracing specific demands of European populism – like the reduction of the number of MPs – calls for cutting the seats reserved for minorities and limiting their competencies. "The people decide", which managed to collect over 400,000 signatures, above the threshold necessary to hold a referendum, is backed by a clerical right cartel that had already revealed itself in anti-abortion initiatives, as well as by President Grabar Kitarović, who thus seems to want to out-right current prime minister Andrej Plenković of the conservative HDZ. Paradoxically, although the request for greater rights for the Croatian community in Serbia was behind the attempts to block Serbia's negotiating chapters with the European Union, now a Croatian initiative aims to reduce the rights of the minorities enshrined in law.

Those who await the truth about the fate of many victims of the wars of the 1990s are also suffering this climate of tension. The Rekom initiative, which proposes the creation of a regional commission to ascertain the fate of the missing, remains stalled, also for Croatia's opposition in principle, which rejects regional collaboration .

According to one of the promoters of the initiative, philosopher Žarko Puhovski , Zagreb would be the major obstacle to reconciliation in the region because, being already part of the European Union, it is no longer under pressure. However, the skirmishes between Zagreb and Belgrade in recent years show a strong complementarity between the countries' political discourses.

Although relations with Bosnia and Herzegovina have never shown such explicit tension, Zagreb's policy towards the neighbour oscillates between explicit alarmism on the alleged Islamic danger in the country and frequent interference in its internal politics in support of the Croatian component.

While, under Stipe Mesić's presidency, a more direct relationship had been established between Zagreb and Sarajevo to the detriment of Mostar, in particular with the last two governments support has grown stronger for controversial president of HDZ Bosnia Herzegovina Dragan Čović, who pushes with great enthusiasm towards the creation of a third Croatian entity within the Federation of Bosnia and Herzegovina (FBiH) and, in an attempt to erode the powers of the central government, does not hide an alliance of intent with the leader of Republika Srpska Milorad Dodik.

Čović has always enjoyed the help of Grabar Kitarović, who supported his battle for an electoral law in BiH that firmly secures the power of the HDZ from the Herzegovinian strongholds.

The recent awarding to Čović of an honorary doctorate from the University of Zagreb was found outrageous by part of the academic community. Split writer Jurica Pavičić returned his doctorate from the same institution, recalling, among other things, Čović's role as the head of Mostar's Soko industry during the war, when it used Bosnjak prisoners as forced labourers. "Imagine Germany awarding a doctorate to an entrepreneur who used Polish or Russian slaves in Thyssen, Krupp, or Siemens", said Pavičić .

The ambiguous relationship with Tudjman's expansionist goals on a portion of Bosnia and Herzegovina was also well represented by the empathy shown by the Croatian authorities towards war criminal Slobodan Praljak, former general of the entity of Herceg Bosna, who committed suicide after the conviction by the Hague Tribunal for crimes against Bosnjak civilians.

In the condition of extreme polarisation that characterises today's Bosnia Herzegovina, yet another dispute arose around the project of a bridge to unite the Croatian peninsula of Pelješac to the mainland. While Čović stressed his consent, Bosnjak member of the Presidency Bakir Izetbegović expressed his opposition to the construction of any infrastructure before the sea borders and access of Bosnia and Herzegovina to the open sea through the small coastal outlet of Neum are determined.

Despite being friendly since the 2006 Podgorica Declaration of Independence, relations between Croatia and Montenegro – which share a small border line – are complicated by the standoff in the bilateral negotiations for the definition of the sea border and the status of the Prevlaka peninsula, under UN control until 2002. In the absence of progress, the two countries may be forced to turn to international mediation.

However, the harshest international conflict now divides Croatia and Slovenia, the only neighbouring republic of the former Yugoslav Federation with which there was no negative baggage linked to divisive memories of the conflict. In 2017, the arbitration on the sea border in the Gulf of Piran by the Permanent Court of Arbitration in the Hague assigned most of the disputed waters to Ljubljana, together with access to international waters. The ruling was rejected by Zagreb, which accuses the neighbour of not complying with rules, due to illegal contacts between a member of the Court and the Slovenian counterpart.

The two countries had pledged to submit the issue to external arbitration in 2009, under pressure from Europe, after Slovenia had blocked some negotiating chapters for Zagreb's accession to the Union for almost a year. Facing Croatia's refusal to comply with the Piran Gulf ruling, Ljubljana has therefore blocked the neighbour's entry into the Organisation for Economic Cooperation and Development.

In addition, in winter 2015, to react to what the Slovenian leadership considered a lack of cooperation from Zagreb during the migration crisis, Ljubljana decided to install a barbed wire barrier on a stretch of border between the two countries. A young border between interdependent territories has thus turned into yet another wound within the Union, delimiting the Schengen area to which Croatia has not yet managed to access.

The clash between the two countries on the management of refugee flows reflects Europe's outsourcing policies. Namely, the failure to comply with the Dublin agreement was the focus of a ruling by the European Court of Justice in 2017, which, on the recommendation of Slovenia and Austria, condemned Croatia for authorising the transit of refugees to the European Union during the months of opening the Balkan route.

Croatia's entry into the OECD has also been blocked by Hungary, which complains about the failure to comply with international arbitrations on the INA-MOL case, which sees the largest Croatian company controlled by the Hungarian giant. The thesis presented by Milanović's government contested the handover, decided by the previous government led by Ivo Sanader, as an effect of the corrupt practices put in place by Sanader himself.

Despite some ideological commonalities between Zagreb and the Visegrad bloc, Croatia has never directly opposed Brussels. The polls, however, confirm a drastic loss of trust in the EU among Croatian public opinion, whose expectations were disappointed, while support for the anti-European populist party Živi Zid (Human Wall) is on the rise. On the other hand, with the blessing of President Grabar Kitarović, an axis of communication between the Trump administration and Zagreb has opened, which has become a pillar of the new Trimarium energy alliance.

At a time when the European Union, torn apart by internal conflicts, appears as a sum of selfish agendas, the post-Yugoslav countries, with Croatia at the forefront, tend to reproduce the same dynamics between fragmentation and litigation, old and new nationalisms, sovereignisms, and the search for an internal enemy. The opportunities for reconciliation offered by a present or future entry into the Union are, for the most part, still on paper, with new hierarchies based on membership seniority and the outbreak of many small crises. A common space can, depending on the case, reinforce the links between its actors or turn into a catalyst for micro-conflicts. Here, the parable of the Yugoslav Federation, that several voices have compared – more or less provocatively – to a European Union before its time, would have much to teach.