Croatia, a controversial law on citizenship 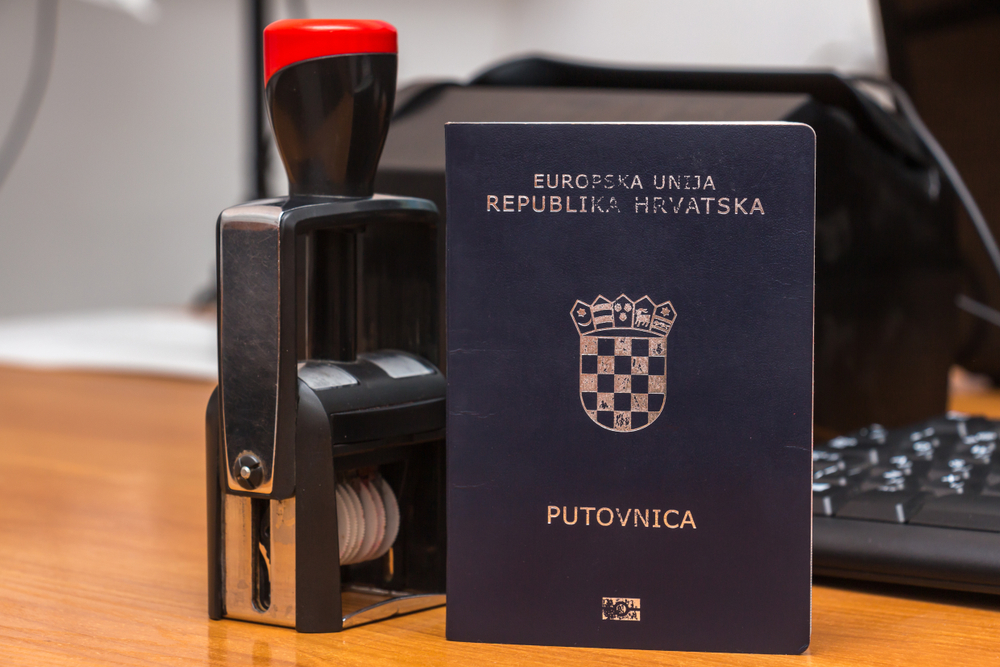 The Zagreb government is determined to soften the requirements for obtaining Croatian citizenship, with an eye on intercepting the diaspora. But there are those who feel discriminated against: the case of Milan Škorić and the 5,000 without nationality

Upon returning from vacation, the Croatian parliament will have to discuss the reform of the citizenship law. The debate began months ago, but was postponed until after the summer as a conclusion was not reached. The government's goal is to make it easier for members of the diaspora to acquire Croatian citizenship. Yet, for the children of Croatian citizens residing in other countries of the former Yugoslavia, access to the blue passport issued by Zagreb seems to be a more difficult undertaking. And there are those who denounce "a discriminatory law on an ethnic basis".

More Croatian than others?

"On the one hand there are the children of Croatian citizens residing in Serbia, Bosnia and Herzegovina, or Macedonia. On the other hand, there are fifth-generation Croats who live in South America and barely know how to find Croatia on the world map. If access to citizenship is to be facilitated for the latter, it must also be done for the former". MP Boris Milošević, elected in Zagreb in the ranks of the Serbian Independent Democratic Party (SDSS), promises a battle on the citizenship law in the autumn.

In a few weeks the Sabor, the Zagreb parliament, will have to take stock of a reform that has been discussed for several months now. At the end of 2018, Andrej Plenković's government presented its amendments to the norms governing Croatian citizenship, softening the requirements. It will no longer be necessary to speak Croatian, understand the Latin alphabet, or pass a Croatian culture and civilisation exam. The maximum age to apply for citizenship (for children of Croatian citizens) will increase from 18 to 21, while there will be no generational limits for descendants of emigrants.

The purpose of these amendments is to cope with Croatia's demographic decline by attracting potential new Croats from abroad (and possibly their capital). But the new law – say the critics – also bears a discriminatory political message. "It is a text that favours the diaspora but not those Serbs who would have the right to Croatian citizenship", explains Boris Milošević, as "there are very many people who were born between 1977 and 1991 from Croatian parents, but in another state of the former Yugoslavia, and that today are denied Croatian citizenship".

The story of Milan Škorić

This is the case of Milan Škorić, son of two Croatian citizens, but born in Belgrade in 1983. At birth, due to an administrative error, Milan Škorić was registered as a Serbian citizen, although the Yugoslav law established at the time that the parents' citizenship should be transferred to children, even if born elsewhere within the federal space. "Then, what mattered was membership in Yugoslavia, while there were no differences in access to rights for citizens of different republics", explains Aleksandar Maršavelski, the lawyer who today represents Škorić in his legal battle against Croatia.

"Milan's sister, instead, was registered as a Croatian citizen. After 1991, a mistake by a Belgrade civil servant broke the family and had serious consequences", Maršavelski continues. Suffering from a physical and mental disability, Milan Škorić is stuck in Serbia, and when he goes to Croatia he can stay for up to three months. This situation has become particularly untenable with the aggravation of the conditions of the paternal grandfather, who died in 2018 in a nursing home and not in his own house, precisely because Milan and his mother could not move to Croatia to take care of him.

The legal battle began in 2013, when Vera Škorić, Milan's mother, applied for recognition of her right to Croatian citizenship at the Croatian consulate in Belgrade. The first «No» of the Zagreb authorities was followed by a first appeal and then by all levels of judgment up to the Constitutional Court, which declared the case inadmissible. Meanwhile, grandpa Škorić died in Croatia, without being able to be assisted by his daughter and grandson. "We decided to take the case to the European Court of Human Rights and we have passed the first phase. Now, however, it will take some time before the court decides whether to admit the case", warns Maršavelski.

For Zagreb, Milan Škorić's registration as a Serbian citizen in 1983 indicates a willingness to change his citizenship regime by his parents. But for Maršavelski Croatia, not wanting to acknowledge the mistake made in the past by the Belgrade authorities (by law, Milan Škorić could only have Croatian nationality at birth), is now violating two articles of the Convention for the Protection of Human Rights and Fundamental Freedoms: Article 8, which establishes the right to respect for private and family life, Article 14, which establishes special protection from discrimination, and Article 1 of the Protocol n. 12 to the Convention, where a general prohibition of discrimination is made.

"I think Mr. Škorić has a good chance of success at the European Court of Human Rights, because it is obvious – for anyone who is objective – that we have a Croatian citizen, as his parents have not actually changed his citizenship in the 1980s". Lawyer and professor Frane Staničić, a member of the Croatian Law Center (HPC), is following Milan Škorić's case closely. Like him, the Serbian Association for the Protection of Constitutionality and Legality (UZUZ) looks with interest at "Škorić Vs. Croatia", possible forerunner of many other similar cases.

According to the UZUZ, in fact, about 5,000 people would be in the same situation as Milan Škorić. All are children of Serbs from Croatia, who by law would have the right to Croatian citizenship, but are excluded from it. Frane Staničić, however, further broadens the issue. "I would not say that Croatian law discriminates against the Serbs, because its implementation is the same regardless of ethnicity. There are in fact people of different ethnicities who find themselves in the same situation (Macedonians, Serbs, Roma...)", Staničić explains, adding that "even ethnic Croatian citizens could be in the same situation".

For Milan Škorić's family to get an answer, it will be necessary to wait until the European Court of Human Rights receives and discusses the case. In the meantime, however, the Croatian parliament has the possibility to amend its own citizenship law, choosing to make the Croatian passport more accessible to all, in a consistent way. The SDSS, that supports the current government, is confident that this will be possible after the summer. "I hope our amendments will be taken into consideration and that the rights of these people will be protected", concludes MP Boris Milošević. The debate in Zagreb will resume in September.