The EU and the Kosovo-Serbia deal 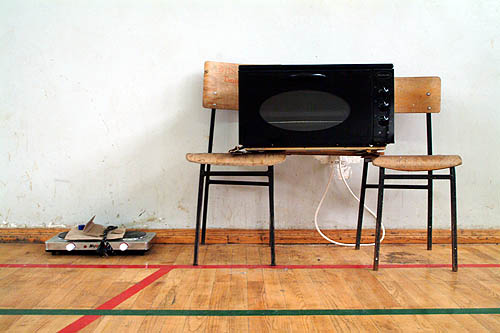 A stable Serbia, firmly anchored to the EU, is Brussels' strategic objective. Even if the deal on Northern Kosovo should unravel

A region in the State of Ruritania, called Merland, is inhabited almost exclusively by ethnic Laputians. Laputians and Ruritanians have often fought against each other in the past century. The issue at stake is whether or not Merland should remain part of Ruritania. A complex problem, because it sets the principle of self-determination against the principle of sovereignty and territorial integrity of States, which is a pillar of international order; and it involves the question whether statehood and citizenship should be understood in ethnic or in civic terms.

This is how an external mediator justifies his proposed solution: “A history of enmity and mistrust has long antagonized the relationship between Laputians and Ruritanians. For the past eight years, Merland and Ruritania have been governed in complete separation [because after the latest conflict Merland has been governed by the United Nations] [...] This is a reality one cannot deny; it is irreversible. A return of Ruritanian rule over Merland would not be acceptable to the overwhelming majority of the people of Merland. Ruritania could not regain its authority without provoking violent opposition. Autonomy of Merland within the borders of Ruritania — however notional such autonomy may be — is simply not tenable.”

The suggestion is separation. And the reason, plainly, is ethnicity and a history of conflict.

If you susbstitute Serbia for Ruritania, Kosovo for Merland and Albanian for Laputian, this is the analysis of the Kosovo issue. If you substitute Kosovo for Ruritania, north Kosovo for Merland, and Serb for Laputian, this is the analysis of the issue of the northern part of Kosovo (the ‘North’). In essence, the two questions are identical. What partly differentiates them is history: who attacked whom, when and why; and who committed more crimes against how many people. But also in this respect the two cases are broadly similar, if anything because past violence affects both the aggressor and the victim, and separates them from each other. If someone stole your wallet, neither you nor him will gladly live under the same roof.

The passage I quoted above is from Martti Ahtisaari’s proposal for a solution to the Kosovo issue (paragraphs 6 and 7). The West endorsed it and gave Kosovo independence. In the case of the North, conversely, the West wanted it to remain part of Kosovo.

Directly concluding that this is a case of double standards would be tempting but simplistic. The rationale of this choice is to prevent the case of Kosovo from being seen as a precedent for ethnic partitions. Which is a worthy aim, because establishing the principle that ethnic partitions are acceptable is very dangerous, for it could destabilize several nations (think about the straight borders of many African states, for instance, that have little ethnic or historical basis). Indeed, while it was supporting Kosovo’s secession from Serbia, the West declared that this was a special case and cannot be viewed as a precedent for solving similar issues (which is a less untenable analysis than it sounds, and of course a very sensible policy).

You will retort that the separation of Kosovo from Serbia visibly is an ethnic partition. True, but if the North and its large Serb population were to remain part of Kosovo, then the ethnic character of Kosovo’s secession would become less immediately evident. The issue, therefore, is less about substance than about appearances and the rhetoric they permit. Kosovo had to be – and, above all, had to look like – a multiethnic state. So, the West gave it independence subject to the condition that the new State would guarantee to its ethnic minorities the highest degree of protection. But Kosovo also needed a minority to give those rights to: hence the need of including the North and its Serb population.

This might seem a caricature, and admittedly my description veers close to it; but in essence this is what happened: on 22 April, after long and difficult negotiations, the EU has persuaded Serbia to leave the North to Kosovo. Even in this more limited sense, nonetheless, reducing the dangerousness of the Kosovo precedent remains a worthy aim: saving appearances is better than acknowledging that ethnicity was the decisive criterion for solving the Kosovo issue. The question, rather, is the comparison between the costs and benefits of creating such appearances. This is what my criticism insists on. The benefits are limited, in my view. The potential costs, conversely, are considerable because they concern the long-term stability of the Balkans, which is a high strategic priority of the EU.

The benefits are limited because precedents are precedents based on what they are, not based on the rhetoric that surrounds them. Kosovo is a dangerous precedent because it could encourage other repressed and geographically concentrated ethnic minorities to opt for violence rather than for peaceful resistance (a policy that Ibrahim Rugova, Kosovo’s Ghandi, followed until 1998), hoping that if enough blood is shed the West will intervene militarily and independence will be achieved. This is what happened: the KLA chose violence, Belgrade reacted disproportionately, NATO intervened, and now Kosovo is independent, ruled by the former leader of the KLA. I suspect that few restive ethnic minorities around the world will forget this lesson only because Kosovo now includes a meaningful Serb minority that enjoys unprecedented legal protection.

I turn to the costs. There were two rounds of negotiations between Kosovo and Serbia, in 2006-2007 and 2012-2013. The first one was about Kosovo itself, and the second one was about the North. Serbia lost the first round, and lost Kosovo. The second round was about asking it to give up the North too. And EU pressure was such that last week Serbia agreed. This is a victory for the EU, no doubt. But its price is that the European orientation of Serbia is weaker than it would otherwise be, because Serbian public opinion believes that the West has been unfair to them (despite the fact, for instance, that they overthrew Milošević on their own and sent him to the Hague war crimes tribunal). Had the EU miscalculated, moreover, Serbia could have simply given up on EU accession and turned to Russia instead. And Serbia is far more important than Kosovo for the stability of the Balkans. My first point, therefore, is that the policy that led to this deal was a risky one. And it remains a relevant criticism because the deal is fragile and can easily unravel (more on which later).

Second point. Serbia wants to become a member of the EU, and it is thanks to this leverage that it has been persuaded to give up the North (not to recognise Kosovo, though). Yet, it is clear that Serbia cannot accede to the Union without accepting the independence of Kosovo, because this state has been recognised by 22 member States (soon 23, after Croatia formally enters the EU). So, as Serbia progresses towards the EU, its incentive to recognise Kosovo shall grow. In this context, also the question of the North will become less acute: if things go well, the North shall be a far easier problem to solve five or ten years from now than it is today.

But is it an urgent problem? Can it wait for so long? I think it can. The North is not an existential question for Kosovo. It is as small as half of Luxembourg. It is the poorest corner or Europe. And, in effect, it is a land without law: the private sector of the economy essentially consists of smuggling and retail. The North is a burden, for either Kosovo or Serbia. Both can happily survive without it, and have done so for the last decade. And they have a joint interest in reducing smuggling there. The UN is still present in the North, and it is the only (formal) authority recognised by all sides. The urgent question is improving the rule of law and the economy in the North: this could have been attempted under UN aegis, while both Serbia and Kosovo inch closer to the EU, and thus acquire greater incentives to find a rational, sustainable solution to the territorial question.

I do hope that the deal will work, especially because it would demonstrate that the civic notion of citizenship can prevail even in such unlikely quarters. But it might not hold. Because it inevitably is a rather unfair deal, by reason of the double standards. And because the population of the North was excluded from the negotiations, and has rejected the deal. The deal is about their life, and it will stand or fall depending on their actions: the question is whether the population of the North will accept to live under institutions that formally belong to Kosovo. Last year they organised a referendum on precisely this question: 95% participated and 99% said no. Perhaps they will change their mind, if Kosovo will respect their concerns, Serbia will help persuading them, and the West will finance large investments in infrastructure and public services. But perhaps they won’t change their mind.

If the deal won’t hold, it would be a mistake to apply disproportionate pressure on Serbia to save it. For three reasons. Firstly, Serbia has rather limited control over the population of the North, which now feels betrayed by Belgrade. Serbia could of course foment the opposition of the people of the North; but it cannot do the opposite: it cannot force them to accept the deal. If the deal fails, it might not be Serbia’s fault.

Secondly, the smuggling and organized criminal circles of the North are strong and well armed, and have an obvious interest in preserving the status quo. The imposition of the law there, be it Kosovo’s or Serbia’s, is against their interests. Directly or indirectly, those circles provide income and employment to a considerable section of the population, and therefore have both social and political power. Opposition to the deal will come primarily from them. Such groups are linked to criminal circles in Serbia, Kosovo and elsewhere.

Kosovo’s criminal circles are very close to important segments of its political elite. Paradoxically, therefore, significant parts of the political forces that now govern Kosovo have interests that are antithetical to this deal: they prefer the status quo. For instance, two effectively unsupervised banks now exist in the North, which have access to the international payments system: they are used for money laundering, also by Kosovo’s criminal circles. If Kosovo’s authority were to be established in the North, those two banks would have to shut down, or at least to close or reduce their money-laundering operations.

Thirdly, I return to what I said above. Since Yugoslavia broke up, the strategic objective of the EU is to stabilise the Balkans. This region cannot be stable if Serbia is not firmly anchored to the EU. Kosovo was a problem primarily because Serbia was involved. The Kosovo problem was settled, but loose ends remain. The North is the main one. If this deal doesn’t settle it, insisting on it could be counterproductive if the risk is alienating Serbia. In other words, a solution to the question of the North that pushes Serbia away from the EU is an irrational solution.

This is why I failed to understand why EU diplomacy has sought a deal on the North with such determination. They should be warmly praised for having secured it. But if it unravels I hope that they will react lucidly. Serbia to leave the North to Kosovo is not as urgent a priority as it might seem. Thankfully, despite Kosovo’s independence, the Eurozone crisis, this deal, and a degree of uncertainty on the very survival of the EU, Serbia is still willing to make sacrifices in order to join the Union. Antagonising that country for the sake of giving the North to Kosovo would be contrary to the European interest.