Investigative journalism in Bulgaria, the challenge is to resist 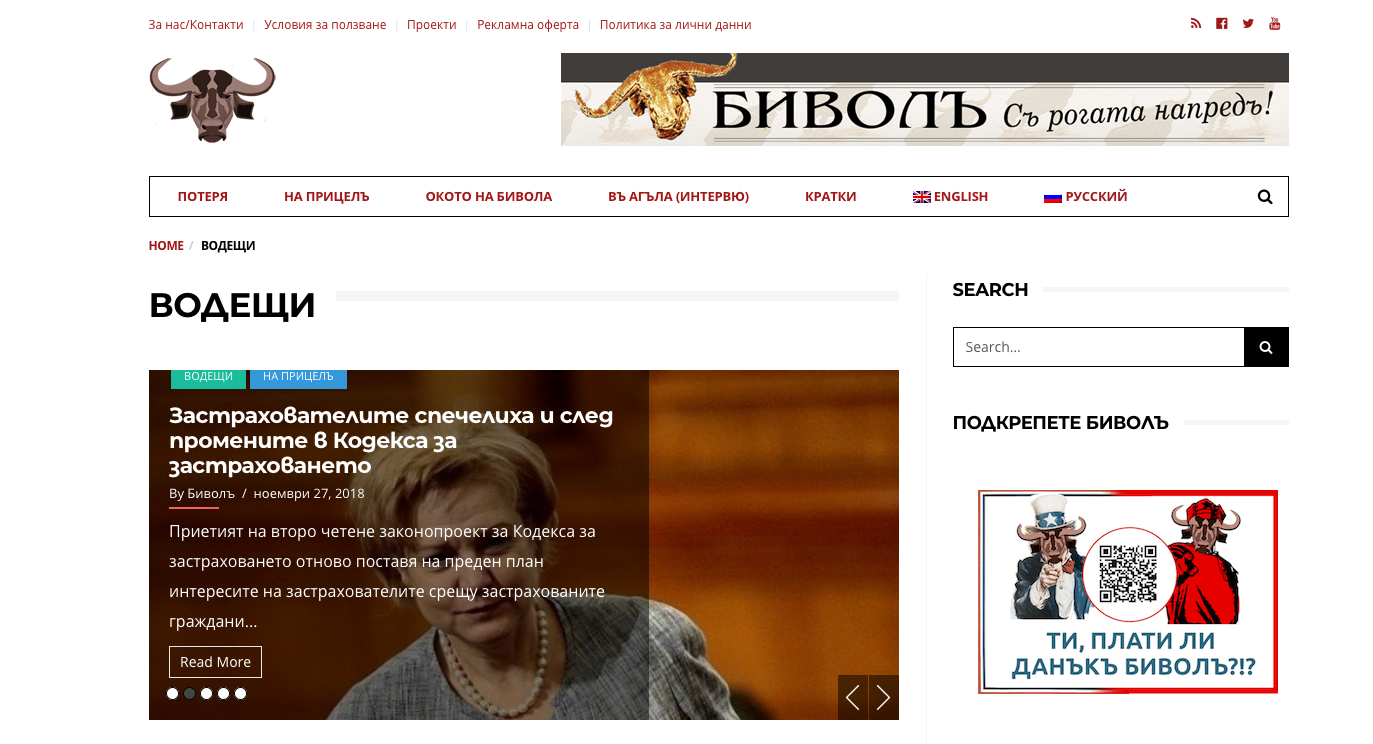 From his recent arrest during an investigation on corruption in public procurement to the murder of TV host Viktoria Marinova, Bivol's investigative journalist Dimitar Stoyanov gives an overview of the criticizes of information in Bulgaria

The week of "Trentino for Human Rights" events has just ended in Trento, aimed at promoting the work of human rights defenders in the world. During the event, institutions and civil society organisations were able to talk to representatives of some temporary protection programmes already active in Europe and listen to the testimonies of Nohemi Pérez Borjas, Honduras environmental defender; Arséne Lumpalì, lawyer of the Democratic Republic of the Congo; and Bulgarian journalist Dimitar Stoyanov, whom we interviewed about the situation of investigative journalism in his country.

Last September, during an investigation on public procurement and European funds renamed "Gpgate", you were detained with your Romanian colleague Attila Biro. What was the reaction of the Bulgarian society?

Naturally, it is difficult to give an overall assessment of Bulgarian society as a whole. In the professional realm, unfortunately, many media outlets have not responded adequately. However, it should be noted that the most aware part of society, the one most sensitive to the issues we raised with our investigation, made its voice heard, at the same time showing us its solidarity.

Since then, have there been some concrete actions by the judiciary against the possible violations that Bivol has brought to light?

At the moment, 14 million Euros have been frozen in various accounts of the company "G.P. Group", with the suspicion that this is recycled money. As regards our investigation, which exposes the illegal use of European funds by the same company, however, so far the judiciary has not taken any concrete step. So, paradoxically, it investigates the possible money laundering, without however questioning how this money arrived in the company's coffers. At the moment, the investigation on the so-called "GPgate" continues: I suspect, however, that the authorities are not eager to investigate the corruption issues raised by Bivol.

In October, Bulgaria was in the international spotlight after the brutal murder of Viktoria Marinova, who was killed shortly after your participation in her programme to talk about your arrest and the "GPGate" case. In just a few days, the police closed the case with the arrest of Severin Krasimirov, the alleged murderer and rapist. What is your opinion on the results of the investigation?

I believe that the prosecution did not want to take into account all the details of this terrible crime, especially those related to the possible relation between the murder and Viktoria's professional activities. In my opinion, especially because of strong pressure by civil society, the police strived to declare the case solved as quickly as possible. I accept the hypothesis that the alleged murderer may be involved and guilty; I'm less convinced by the speed with which the prosecution decided to exclude the presence of an instigator or a motive different from sexual assault. Many details do not fit: Severin Krasimirov, for example, is a very slim boy. It remains to be explained how he could have so easily overpowered a physically active person like Viktoria, who was able to defend herself from an attack.

In the last ten years, almost all observers – both Bulgarian and international – report a drastic deterioration in freedom of expression and press in Bulgaria. In your opinion, what are the main reasons for such a negative trend?

The media market and the distribution network in Bulgaria were de facto monopolised, a development that put the majority of the media in a highly dependent situation. Such dependence is reinforced by the fact that, in a difficult market situation, the main sources of funding for the press are controlled by the power circles and oligarchies most involved in corruption schemes – a situation that makes the entire media system not transparent and free. Then there is the influence of global phenomena such as the exponential growth of fake news, with particularly deleterious effects in a fragile media environment such as Bulgaria's.

In this general framework, what is the role of political power?

First of all, politics should have acted preemptively, with measures to prevent the creation of an information monopoly. Then, nobody showed the political will to give Bulgaria a comprehensive and effective media law: the last, promoted by tycoon and MP Delyan Peevski, only serves the interests of his own media empire.

What are the main challenges for Bulgarian investigative journalists today?

The biggest challenge is to resist, to have visibility, to manage to make our investigations heard. Reaching the public is increasingly difficult, because those who do investigative journalism in Bulgaria are immediately turned by power into a public enemy, with police measures and investigations of the judiciary as well as fake-news and slander campaigns. In the most serious cases, there are also physical threats. We are always pushed to the limit: therefore, resisting from a physical, moral, and spiritual point of view is a challenge in itself.

International collaboration is becoming increasingly important, given the deteriorating press freedom at global level. Without a network that crosses national borders, as investigative journalists we would feel much more alone and, perhaps, lost. These networks increase the ability of individual media outlets to be heard, to reach the public. In the specific case, for example, if my colleague from Romania had not been arrested along with me, my arrest would not have turned into an international scandal, nor would it have attracted the attention it had at European level. International networks also create important opportunities for financing investigative activities, thanks to the greater ability to attract funds compared to individual newspapers.

In Bulgaria, many corruption schemes involve the misuse of European funds. Are there any mechanisms that the EU could put in place to exercise more effective control of the resources allocated to the country?

Of course, there is the possibility of stopping the allocation of funds, which at the moment, in my view, unfortunately just make organised crime in Bulgaria richer. However, I do not believe that at the European level there is a desire for firm action against the current Bulgarian political leadership, which has now successfully entered the establishment that leads the European Union. An action against the Bulgarian government would embarrass this establishment, in particular, the European People's Party, which includes the movement of Prime Minister Boyko Borisov, and therefore prefers to turn a blind eye to what is happening in Bulgaria.