A bullet for Suljagić, an award for Cerić 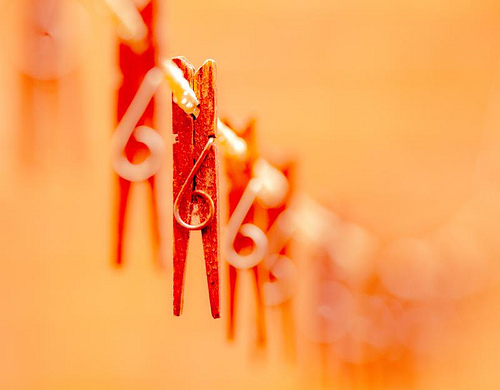 Religion, education, politics. Observations on some recent events in the Bosnian news, a few weeks before the activities scheduled to remind Europe and the world of the twentieth anniversary of the beginning of the siege of Sarajevo and the war in Bosnia Herzegovina

After a death threat last month, the Minister of Education in the Sarajevo canton resigned. Emir Suljagić's offence was to have proposed that the mark for religion should not count (towards the average) in the schools of the canton, so as not to discriminate against those students choosing not to study it at school. His proposal set off furious reactions which, according to several human rights activists, opened the way for the successive threats. One of his chief antagonists was the powerful head of the Islamic community in Bosnia Herzegovina, the Reis-Ulema Mustafa Cerić who today in Rome will receive an important award for his contribution to Peace.

Who is Emir Suljagić?

Emir Suljagić is one of the few Bosnian muslims to survive the siege and fall of Srebrenica. Having taken refuge in that town in Eastern Bosnia at the start of the war, he became an interpreter for the UN forces, thanks to the fact that he spoke English. He was the youth seen in the film at the Hague tribunal as he translated for the meeting between Mladic and the leader of the Dutch forces after the town had fallen. On Srebrenica and its siege, Suljagić has written some very moving pages. His book  Postcard from the Grave, (recently published in Italy by Beit), is a sort of diary of life in the enclave seen through the eyes of an adolescent. The author writes of the ferocity of the siege, of the crimes committed by the Bosnian Serb army and of the genocide. But Suljagić does not avert his gaze from the crimes committed by his “own people”- he describes the exploitation, misappropriations and corruption which prevailed in a town subject to the discretion of its military leaders and, above all, he relates the cruelty of the forces for peace, the blue helmets. The part where he describes how the Dutch officer, with a stroke of his felt pen, crosses out the name of the brother of Hasan Nuhanovic (the other interpreter) on the list of workers, in point of fact condemning him to death, is an accusation without appeal, a nightmare. After the war, as a journalist, Suljagić covered the trials in the Hague Tribunal. Finally he entered politics, with the Social Democrats, becoming a Minister in January 2011.

“Leave Allah and his religion alone, or the hand of the faithful will strike you.” This was the message Suljagić found in an envelope in his letter box last February 8. Inside there was a 7.32 calibre bullet. Already the previous year his proposal to reduce the weight given to religion in schools had roused strong reactions leading him to offer his resignation. His Party (SDP) colleagues, however, at the head of the Sarajevo Canton, had given him their support and convinced him to remain. This time, though, he was alone and, after such a serious threat, decided to give up.

Criticism of his position came mainly from the leader of the Bosnian Islamic community, Reis-ulema Mustafa Cerić. In May last year, in a particularly biting speech to 30,000 faithful at Blagaj, Cerić attacked the Minister's proposals warning that the Muslims would take to the streets and create a “Sarajevo summer”, (the reference being to the Arab spring), affirming that “the schools are ours” and condemning “those who want to do in Sarajevo what had been done in Srebrenica”, that is genocide. In the same speech Cerić accused Vera Jovanović, President of the Helsinki Committee for Human Rights in Bosnia Herzegovina, who had backed Suljagić, of “hatred” towards Muslims.

Following this, the Minister and his family had started to receive threats and hate mail. The episode of the bullet was the last of a long series. In his letter of resignation published on the Canton government website, Suljagić wrote, “those who hide behind religion to threaten me and my family use (religion) to keep the power and privileges they illegitimately acquired.”

After his resignation was announced, slogans appeared on the walls of the capital in favour of the Minister. The most frequent phrases, reported in the local newspapers, were, “We are all Emir”, “Dignity instead of ministerial posts” and “Beware of bullets”. A large banner stated that Suljagić was not “Minister for Obscurity” as he had been defined by a well-known Bosnian daily paper, but “the Minister for the teachers and their pupils” (Oslobodjenje, 14 February). In mid February in Sarajevo, some hundreds of people, including many teachers, took part in a demonstration in support of Suljagić. But the Minister did not go back on his steps. Some say he had already left the country.

Today, March 20th, in Rome, the Reis Cerić will receive the award of the Ducci Foundation for his contribution to peace, and, in particular, for his “promotion of dialogue between religions and cultures”. The prize will be awarded during a ceremony in the Campidoglio. Together with Cerić awards will go to Marco Impagliazzo, President of the Comunità di Sant'Egidio and Professor André Azoulay, President of the Anna Lindh Foundation. In Bosnia Herzegovina various human rights activists, including the well-known documentary maker Refik Hodzić, have signed a petition organised by the popular actor Fedja Stukan asking the Foundation not to give the award to the present leader of the Bosnian Islamic Community. The signatories of the petition, not only in the light of the Suljagić affair, describe Cerić as “a person who spreads hatred and intolerance on the basis of religion and one of those responsible for the radicalisation of believers in Bosnia Herzegovina”.

The President of the Foundation, Paolo Ducci, has however declared to OBC that “arguments and diatribes concerning the internal situation in Bosnia do not come into, and must not come into, the evaluation by the scientific committee (of the Foundation) which is restricted to the contribution made by Cerić at the international level as the promoter of inter-religious and inter-cultural dialogue”. President Ducci also recalled the considerable recognition already awarded to Cerić in an international context and his participation in important initiatives like the International Commission for Peace Research and the World Council of Religions for Peace.

Shortly, at the beginning of April, the twentieth anniversary of the start of the siege of Sarajevo will be commemorated. For the space of one week end Bosnia Herzegovina will be at the centre of international attention. From the end of the war to today, the question asked has been: how deep are the wounds left by that conflict? The version chosen by the international media has been that the causes of the war were ethnic, not the consequences. Twenty years later it seems to be the contrary. The resignation of Suljagić is a sign of Bosnia's lasting incapacity to create public structures characterized by inclusiveness, not division, for all its different citizens. The award to Cerić is perhaps a sign of our lasting incapacity to comprehend how much the internal dynamics of that country are important for the destiny of Europe.