Transnational networks and state-building in the Balkans 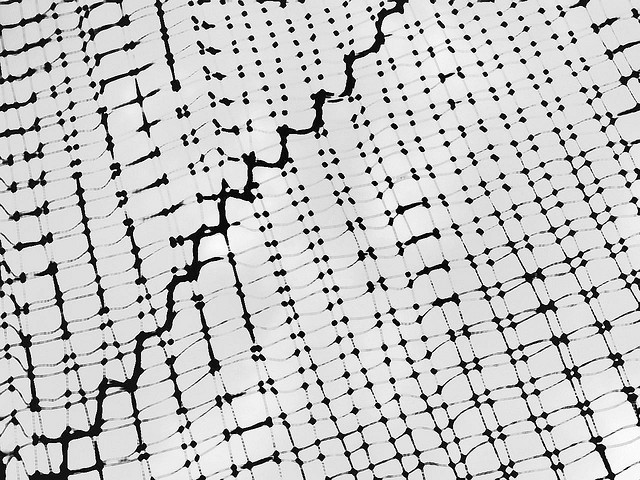 Informality allows people to change their immediate circumstances for the better, but it locks the state and society in a vicious circle of reproduction of a weak state, promising insecurity for the majority and prosperity for the few. From openDemocracy

To deflect criticism for the inefficiency of their state-building projects in Afghanistan and Iraq, Western politicians have been keen to invoke the Balkans as a success story. If the post-conflict rehabilitation of the Balkans is to be considered a guide for good practice, the future for the ordinary people further to the east looks pretty glum.

But the proof for this lies beyond the observable practices of formal politics or workings of the formal economy. It also lies beyond the fog of the inter-ethnic contestation of such newly created states, as Bosnia-Herzegovina and Kosovo. The lives of Balkan citizens a decade or so after the bloody conflict of Yugoslavia’s disintegration are shaped by their daily experience of persistently weak states. As a prime source of their insecurity, whether physical, economic or legal, a state in the Balkans enjoys less legitimacy in the eyes of its citizens than do those of the European Union for example or the United States, as recent opinion polls suggest. Western intervention in the region has managed to silence the guns, but it has also - whether wittingly or not - enshrined the states that do not work for the benefit of the public at large.

Denisa Kostovicova is Lecturer in Global Politics in the Government Department and Research Fellow at LSE Global Governance, at the London School of Economics and Political Science, and the author Kosovo:The Politics of Identity and Space (Routledge, 2005), with research interest in post-conflict democratisation and state-building.

Post-conflict state weakness is a distinct phenomenon. In the Balkans, it manifests itself in several ways: through exclusive identities forged and solidified in the course of the conflict as the main form of legitimation; through interpenetration of state and society which blurs the lines separating public and private; and through the enduring agency of conflict entrepreneurs who know no barrier in finding the ways to maintain the power and influence seized during the course of war.

And yet, western efforts at post-conflict state building in the Balkans, as indeed around the conflict-affected zones the world over, rest on three (wrong) assumptions:

2) that inter-ethnic contestation is the major problem of dysfunction of post-conflict states (and not necessarily employment; rule of law; human rights protection…)

3) that there is a separation of public and private interests on which to mount an institution-building project, using the template of a liberal market democracy

The key challenge to the western project in the Balkans has in fact been a parallel project of active reproduction of state weakness by the transnational networks, inherited from the conflict, which allows their rule to persist. Wars in the Balkans, as most post-Cold War armed violence, have been transnationalised first and foremost through the workings of a war economy, much of which was clandestine in nature.

Ethnic elites in Bosnia and Kosovo and official authorities in Serbia and Croatia actively sought, interacted and engaged with transnational actors such as organized crime and diasporas to acquire arms, recruits, funds, but also basic necessities which could not be resourced locally, either because of a disruption in the local economy or/and international sanctions. At the same time, organized crime for its part had been attracted by the violence and instability in the Balkans. In the course of the war, the relationship between traditionally separate groups that had hitherto pursued distinct interests: criminals ( pursuing profit and status) and political elites ( preoccupied with ideology), now combined into a nearly symbiotic one. Their agendas become indistinguishable, as illustrated by such infamous cases as Serbia’s late Zeljko Raznjatovic Arkan, mafioso, paramilitary leader, indicted war criminal, elected parliament member, Serb nationalist and ‘businessman’.

Similarly, the role of diasporas expanded from its traditional engagement in lobbying, donations, and remittances transfer to direct involvement in governance matters, illustrated by the appointment of Gojko Susak, an emigrant pizza parlour owner, to the post of Croatia’s defence minister.

Because of the plurality of actors engaged in a war economy and the variety of trans-border activity it is difficult to consider any of them in isolation. Nor is it possible to delineate their interests and motives distinctly or to assume that membership of different ethnicity groups is an inviolable barrier to such profitable pursuits, either during the war or after; on the contrary. A northern Kosovo town of Mitrovica has become infamous for its ethnic division into Serb and Albanian parts on two sides of the Ibar River after the end of the Kosovo conflict in 1999. But, it is precisely this division that has allowed it to become a hub for smuggling and organised crime facilitated by Serb and Albanian cooperation.

In fact, as a result of a dynamic which brought together political, economic, military, intelligence, and security actors, local and international, but also criminals, mercenaries and others with motives and interests linked to the conduct of war, a system of overlapping networks was created. Although acknowledged by international peace-builders as a ‘spoilers problem’, those networks have not been explicitly tackled in their own right. Nor has it been appreciated to what extraordinary extent they have proved able to adapt to a post-conflict environment in order to sustain the war-time habits of profit and enrichment.

The structures created and the actors engaged in the war economy have not disappeared with the formal end of the wars in the Balkans. Indeed, the Kosovo Liberation Army (KLA) in Kosovo or ethnic nationalist parties in Bosnia, which were engaged in the conduct of conflict, have assumed important roles in peace-building. But in taking up the public office, their representatives have been beholden to their war-time links with detrimental repercussions in the exercise of justice, providing welfare and other public services, and securing economic development opportunities.

The long list of public officials in the Balkans charged with war crimes, involvement in criminal activities and abuses of office is evidence of those complex linkages created in the conduct of war, which have served as channels of patronage and proved difficult to break. Even more ominous has been the inability of local judiciaries to expose these criminal practices. In the words of a local observer: ‘In normal states, police, prosecutor and investigative judge try hard to make the suspect talk; in states such as ours, our police, prosecutor and investigative judge try hard to prevent the suspect from talking. Since, if he starts to talk – who knows what else may come to light.’ Indeed, the web of collusion and complicity spreads out widely from the very depths of the state in the post-conflict Balkans.

As a result, the type of political authority that exists in the post-conflict Balkans with transnational networks interspersing formal state structures and relying on informal relations and rules of conduct provides a system of arbitrary rules and entitlements. Such a weak state serves the interests of those belonging to networks or having access to them, as manifested in the enormous wealth individuals and groups have accumulated. At the same time, it blights the prospects and perpetuates the insecurity of others, particularly ethnic minorities. The most paradoxical outcome of such a situation is that informality, sanctioned by the post-conflict state and overlooked by western state-builders, becomes a part of a solution and an exit from the pervasive human insecurity felt by ordinary people. Informality, which manifests itself in a practice of breaking, bending and evasion of rules and laws, is widespread in the post-conflict Balkans.

Research into human security in Kosovo conducted by members of the LSE Global Governance in 2010 found out that a resort to informal practices provides empowerment to people who feel disenfranchised, disillusioned and outright humiliated by poverty, corruption, legal unpredictability, weak law and order, and institutional ineffectiveness. Thus, one respondent expressed frustration that he was not sure whom to bribe. In other words, he knew he should bribe, but was uncertain about how he can bribe in the most effective way. Resort to informality allows people to change their immediate circumstances for the better, for example by accessing easy tax-free income or enrolling a child in a desired school. But, it locks the state and society in a vicious circle of reproduction of a weak state, and, ultimately, insecurity for the majority and prosperity for the few.

In sum, the stabilisation of the Balkans under the helm of the panoply of international institutions, including the UN, EU and NATO, has also led to stabilisation of network-based rule as a source of the pervasive multi-faceted insecurity of ordinary people. The biggest challenge for external state-builders remains the recovery of the lost legitimacy of states that they are trying to build. This cannot be achieved without reversing the erroneous assumptions on which the state-building project rests. Without this, transnational networks, as the embodiment of the post-conflict continuity of informal power, will continue to privatise public institutions and public goods through the manipulation of ethnic identities. In order to yield a legitimacy dividend, state-building needs to enhance the human security of ordinary people. Eliciting and acting on their concerns, while ensuring that the state works for the public good, would be prudent first step. But, this would require a cognitive leap: to the understanding that elected representatives may not always be the best advocates of people’s interests, and even less, a genuine partner in the state-building exercise.

This article was originally published by openDemocracy.