Reform of the Dublin Regulation – Towards another wasted opportunity? 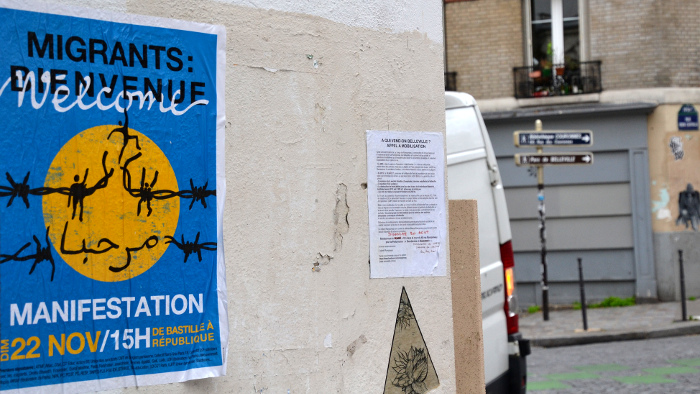 Earlier this year some graffiti appeared on a wall in Grenoble: “Va te faire dubliner” (Go dublin yourself). Of all the legislation enacted by the European Union, the Dublin regulation has this special characteristic: it is so often mentioned and criticised that it has become a verb, and, at least in Grenoble, an insult.

The “dublined” are those asylum seekers who, instead of applying for asylum in the member state determined by the criteria of the regulation (generally the first EU country they entered), or waiting there until the end of the asylum process, move on to another member state in the hope of being recognised as a refugee there.

They have good reasons for doing so (and if there existed legal means to enter the EU, they would reach those countries directly without having to risk their lives to land in Italy or Greece): relatives or friends who await them there, a network of conationals to support them, or simply the knowledge that certain member states have better systems in place for receiving asylum seekers. But in doing so, they run the risk of arrest, detention and deportation to the country responsible for examining their asylum application. For an asylum seeker, to “get dublined” means suffering yet another setback in the long journey towards safety and Europe, right when they thought they had already reached their goal.

Another characteristic of the Dublin regulation is that everyone, supporters and detractors alike, underlines its ineffectiveness. As data recently published by the European Council on Refugees and Exiles shows, the transfer rate (or the ratio of effective outgoing transfers to outgoing requests) in fact remains low, despite a slight increase in 2017. Some of the “dublined” then attempt to return after the transfer, exactly like those who head to Europe once again after being repatriated. “The systems based on mass involuntary transfers cannot work”, argues Francesco Maiani , professor of European law at the University of Lausanne.

Maiani is among the experts consulted by the European Parliament as part of the current reform process, the third such process since the Dublin Regulation was signed in 1990. The outcome of this effort will say a lot about the state of the Union, because through this regulation we get a sense of the level of cohesion among member states, and the value and dignity that the European Union recognises in people who are not its citizens.

The information which has trickled down from the European Council, where member states are examining the Commission’s proposal, is by no means encouraging. And this, as we’ll see, is no surprise. To the astonishment of many observers, cross-party consensus in the European Parliament was reached in November, with the Wikström report (named after the the liberal MEP Cecilia Wikström), which aimed to overturn the logic of the Dublin system, eliminating the first-point-of-entry criteria, adding the possibility for an asylum seeker to demonstrate their ties to a particular member state, and providing, in the absence of such ties, a compulsory mechanism for distributing asylum applicants across the EU.

As Elly Schlein (shadow rapporteur for the Progressive alliance of socialists and democrats) reminds us, MEPs have also “reinforced the fundamental and procedural rights of asylum seekers” and “eliminated the eligibility checks for asylum requests”, which would have created a filter “infringing on international law”. According to Maiani, another point which is “very positive on the conceptual level” is having broken, however gently, the “taboo of choice”, namely the idea that asylum seekers should not be able to decide where they would like their case to be examined. The Wikström report in fact recommends that asylum seekers who cannot demonstrate any connection with a given member state be transferred to a country chosen from among the four member states with the least burdened reception system.

According to the plans of the current Bulgarian presidency of the Council, member states should reach a common position on the reform by the end of June. Schlein deems “very worrying” the drafts which are circulating within the Council (two of which have recently been made public by Statewatch), “because they would represent a step backwards with respect to the already insufficient proposal of the Commission”.

While still in disagreement on various points, member states seem decided on placing the accent on controls and security, reinforcing sanctions against “insubordinate” asylum seekers and trusting entirely in the Council to manage crisis situations. The Dublin regulation would thus become, more than ever, a flexible instrument in the hands of member states, and not “a European structural response geared towards an equitable sharing of responsibility”, argues Schlein.

As shadow rapporteur, Schlein has to participate in negotiations with the Council and the Commission, but admits that such talks are not a foregone conclusion. “Member states continue to waste time, and before long the parliamentary mandate will have run out. The risk is that those governments which don’t want to hear any talk of solidarity or relocation are trying to make the reform slide. And on the other side, governments which want more ambitious changes, facing the risk of a detrimental reform, may not want to give in”. Schlein is also highly critical of Germany (“before the accord with Turkey they wanted an ambitious reform of Dublin, but then it must have slipped their mind”) and Macron (“as pro-European as he may be, on this reform he hasn’t changed France’s position”), and recognises that “there is some profiting from the current state of uncertainty in Italy”.

At the end of May, Wikström, Schlein and other rapporteurs will organise a press conference to urge member states to reach a common position and agree to the initiation of negotiations. “For us it is fundamental to have the support of the citizens, experts and associations that have accompanied us in this long process of reform”, explains Schlein, “so that they push governments to proceed in the direction indicated by the European Parliament”.

Maiani, in his study commissioned by the Parliament, proposes a model called “Dublin minus”, by which he attempts to reconcile pragmatism with respect for the will of asylum seekers. He remains reserved with regard to the practicality of reforms which propose “yet more transfers, for the most part coercive”. And he emphasises that “any system for sharing responsibility, to be sustainable, should be accompanied by another three elements”: the right to free circulation within the entire European Union for those who obtain refugee status; the genuinely effective application of common standards in regard to asylum; and finally, “financial solidarity on a completely new scale”, with spending for asylum policies placed on the European budget. “We can bark at the Dublin regulation all we like”, he concludes, “but until we resolve these fundamental problems we’ll be going nowhere”.