Kiš, Europe, and us 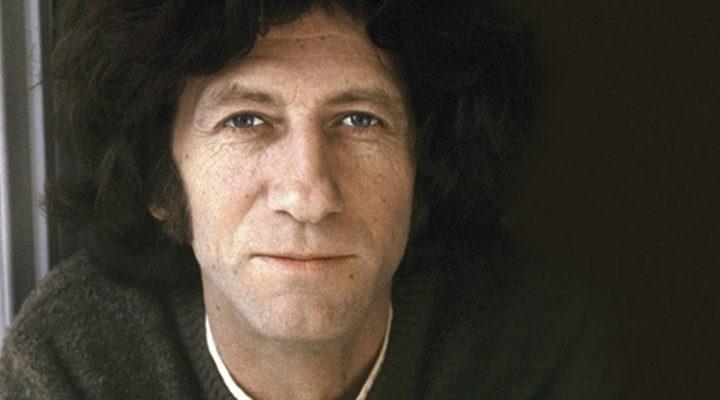 Thirty years ago, Danilo Kiš died in Paris. Shortly after his death the Berlin Wall fell, and with it the communist regimes in Eastern European countries and in former Yugoslavia. Kiš was gone and we listened to the great promises of a happier and fairer Europe, of a better world, promises that came to us from the rubble of the Wall. At that time we did not even imagine that pieces of reinforced concrete could fly (where else if not towards the Balkans), let alone have the power to transform into barbed wires against migrants. In the absurd controversies between Croatian and Serbian linguists, Kiš sensed the coming of the Yugoslav wars. But one wonders if in the last days of his life, despite all the obscure omens, Kiš could really imagine at least some fragments of the enormous scene of our fratricidal war.

Obviously, I don't know the answer. I'm just tracing signs on the sand, apparently in vain.

I also wonder how the author of the trilogy "Garden, ash", "Early pains", and "Hourglass" would have reacted if he had heard what the villagers of Kerkabarabás told Mark Thompson, author of a biography of Kiš. It is in that village, located in the south-west of Hungary, that the Kiš family found refuge in 1942, after the so-called cold days of Novi Sad. In his book, Thompson reports some statements by the inhabitants of Kerkabarabás that the Jews were not that bad, and it would have been better if a greater number of Roma had been deported to the concentration camps.

In those tragic and absurd nineties, many of us – I think – wondered what Kiš would have said. He was the last writer of a world, the Yugoslav one, that was disappearing, to call himself Yugoslav and write in Serbo-Croatian that, as he claimed, was the only language he knew perfectly. "It is the language in which I think and breathe, the language in which I dream and which I have on my fingertips". We wondered what Kiš would have said of the outbreak of the war in the former Yugoslavia, forgetting that he had already spoken in the "Post scriptum" of the letter of his father, placed at the end of the novel "Clessidra": "It is better to be among the persecuted that among the persecutors".

Where would Kiš live today? Still in Paris, surprised by the "ability" to push the limits of the bearable into a general fratricide? Or would he return to Belgrade where, alongside his enemies, he always had sincere admirers? Would he still be writing, staying true to his favourite topics and continuing to rummage through the bitter residue of experience? What would his new novels, stories, essays be like? We cannot know, but there is almost no doubt that they would feature our fraternal peoples and the provincialisation of culture, which we witness in all the countries that emerged from the dissolution of Yugoslavia.

The fraternal peoples, that in the last cleansing of the past relied above all on nationalism, fascism, and historical revisionism, and continue to use these ideological crutches, sure! I do not believe that Danilo Kiš – who never hid his being an anti-communist and anti-nationalist – would have refrained from denouncing this situation. Not to mention the concentration camps and prisons where so many people have suffered, the mass graves, the persecutions, and violence of all kinds. He would have spoken out loud, as he did six months before he died, during a congress held in Albi, France. "At the time of the signing [of the agreements] of Yalta, there were three men who had no philosophy, I even wonder if they were completely foreign to religion, ethics... There were only three nationalisms, three powers with their practical ideas", declared Kiš on that occasion, asking himself and those present where philosophy had gone.

Leaving aside the hypotheses, I believe that, if he were still alive, Kiš would write "Anatomy Lesson 2", in response to the numerous attacks on his figure and his work, including anti-Semitic ones. Among the many attacks against Kiš, there is one that stands out: a book titled "Lažni car Šćepan Kiš" ["The false king Stephen Kiš", the title is an allusion to the book "The false king Stephen Small" by Petar Petrović Njegoš] , but I have no desire to mention the name of the author who plays with the surname Kiš and the Hungarian word "kiss", which means small.

This book is intended for the petty bourgeois minds, full of prejudices against Jews, and more generally the subculture circles where – like in the ancient world – nobody is more vindictive than the one who realises they are inferior. Of this, and much more, Kiš writes in his book “Anatomy Lesson” (1978), a polemical essay written in response to the accusations made against him by the semi-intellectuals of Belgrade's literary čaršija, according to which some parts of the book "Grobnica za Borisa Davidoviča" [A tomb for Boris Davidovič] were plagiarised. Unfortunately, this controversy is still ongoing.

In his interviews, which usually turned into actual essays, Kiš never shied away from talking about the challenges of today's world. In the same way he opposed communism, today Kiš would oppose the general political chaos and economic injustices. I think he would thunder: "GDP? What are you talking about, gentlemen? The world risks a catastrophe, and you are playing with finances, capitals, and intercontinental missiles. Where is man, ethics, and God in all this?".

We can keep guessing and wondering until tomorrow morning, but one thing is certain: Kiš's work has survived the hyper-production of pseudo-literature, it belongs to the library of the world, it has resisted the most terrible challenges of the 21st century, especially the relativisation of the concept of art and the dominance of technology and social media. Many times I have met an Italian or a citizen of another European country who knows who Marina Abramović is, who knows the names of the players of the former Yugoslavia, but doesn't know who Danilo Kiš was. Kiš continues to live as a writer, artist, and defender of the word understood as the last refuge of common sense and memory. There is nothing random in Kiš: speaking of the films by Alain Resnais, who often used archival material in his works, Kiš said that this French director wrote the eleventh commandment: do not forget.

What would Kiš say about the unprecedented hyper-production of novels we see? Would he shake his head helplessly, like all those people – rare, increasingly rare – who wonder where literature is in all this? Would he reiterate his conviction that "the Gutenberg Galaxy overlooking our sky is slowly fading, it is almost visible to the naked eye in the starry sky, yet today its light has not yet reached us"?

I do not know what is happening to me lately: every time I think of Kiš, I seem to find myself in front of an open pyramid or in front of a manuscript found in the Dead Sea, because I sense that in Kiš's work we must decipher everything, analyse the meaning of every word, of every phenomenon, imagine the flora and fauna of the era of which it speaks. Is it because I'm getting old (what a news!)?