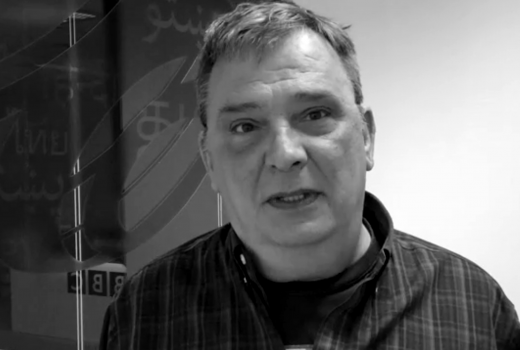 Boro Kontić, chief editor of the Sarajevo Media Centar, remembers Dejan Anastasijević: "A man who was a professional in the true sense of the word, honest and determined, always well informed and witty, a man who made Serbian journalism better"

A year ago I was sitting with Dejan Anastasijević in a small cafe on Palmotićeva Street in Belgrade. In our conversation, while discussing about ten topics that followed one after the other, I remembered that Danilo Kiš and Milovan Đilas lived on that street. Pointing to several buildings and describing their importance in the city's literary and political history, Dejan briefly added, cutting the air with a circular gesture: "Here I was born and spent my youth".

On that occasion, we agreed that Dejan would write a text for our portal about his experience as a journalist. I have met Dejan many times over the past two decades. The last time in Sarajevo, last December. We participated – together with Drago Hedl, Vlasta Mijović, Aida Čerkez, and a group of Russian journalists – in a meeting devoted to journalism in times of war and in situations of armed conflict. As soon as we met Dejan explained to me, without too much emotion, why his physical appearance had changed: "I have a tumour. I'm fighting".

However, there was no indication of the imminent end. The cigarette, a glass of wine, the usual conversations about journalism, the situation in Serbia, Bosnia, Croatia...

The news of Dejan's death last April 24th spread rapidly on social networks, accompanied by mentions of his professional biography. He began his career as a journalist on Radio B92, then moving to weekly Vreme. He later collaborated with the US magazine Time, then returned to Vreme. He was a Brussels correspondent for the Tanjug news agency. We were both at a meeting with EU officials in Brussels when news came that the Serbian government had decided to suspend public funding for Tanjug. This meant the end of his post as correspondent. We joked that he should have written a piece titled "The last Tanjug correspondent". Persecuted and attacked, he survived a bomb attack. He often risked losing his life, but he never complained. He ended his journalistic career at BBC News Serbia.

He testified twice before the Hague Tribunal, in the trial against Slobodan Milošević and in the one against Jovica Stanišić and Franko Simatović. He was the first Serbian journalist to testify against Milošević.

Beyond an impressive journalistic career, he leaves a great human legacy, the story of a man who was a professional in the true sense of the word, honest and determined, always well informed and witty, a man who made Serbian journalism better.

In recent months, Dejan had worked on drafting a text for our Media Academy, conceived as a story of his professional experience for young colleagues. We will publish this text in the coming days, unfortunately as a sort of professional testament of his.

Here we recall two texts written by Dejan for our portal.

In an article titled "Rekvijem za jednu tranziciju" [Requiem for a Transition], Dejan wrote: "'We' – media, human rights activists, war crimes prosecutors, or just ordinary people trying to do the right thing – not only failed to stop war and its horrors, but we couldn't even create a post-war atmosphere that would allow us to stop the curse that weighs on the Balkans and that is repeated in the periodic cycles of blood and revenge".

In another article titled "Kako postati strani novinar u sopstvenoj zemlji" [How to become a foreign journalist in your own country], Dejan tried to explain how to become a correspondent for foreign media, giving advice to colleagues on how to pitch and write articles to international newsrooms. Drawing on his own rich professional experience, Dejan advised colleagues on the importance of learning foreign languages, how to pitch an article to a newspaper, and how to establish a collaboration with international newspapers.

In an interview with the NetNovinar portal (the first portal of the Sarajevo Mediacentar), Dejan spoke about his experience as a witness in the trial against Slobodan Milošević before the Hague Tribunal, the experience as a war reporter in Croatia and Bosnia and Herzegovina, and the crimes against the Albanian civilian population in Kosovo, but also about the dynamite attack against him.