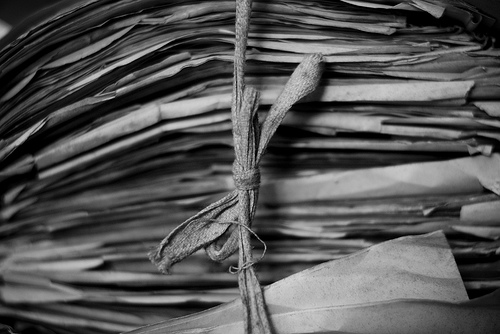 Twenty years after the fall of the Wall, the controversial lustration process - the epuration of those who cooperated with the police of Communist regimes - is still in deep waters. And many wonder whether rummaging archives still makes sense. A contribution from our dossier ''The long-lasting '89''

As the summer ended, the Macedonian lustration commission finally opened its doors for politicians who rushed in to submit their statements swearing they had not collaborated with the communist secret services. The commission, the chief instrument created to implement the law on lustration, has to verify these statements against the old secret police files.

A year and half after the Macedonian lustration law was passed, and 18 years since the beginning of transition, lustration has finally commenced.

Time is still needed to see the actual effect on Macedonian society. Some experts argued that a loud bang is out of the question; perhaps even a hushed whimper would be too much to expect. Some believe that after all these years the powerful politicians have found ways to get their names out of the dusty files.

Even the initial steps, however, hinge on the constitutional court's assessment of the lustration law. The court recently agreed to review several petitions made by citizens and NGOs that challenged the legitimacy of parts of the legislation. Some people would be surprised if the court finds the law to be in accord with the constitution. Throughout eastern Europe, constitutional courts have regularly reviewed lustration laws.

The start of lustration makes Macedonia a leader in the western Balkans region. Albania's lustration law adopted in early 2009 was repealed by the Albanian constitutional court just months later. The court's decision was preceded by strong criticism by the international community, which found the bill to be a potentially serious threat to human rights in the country.

In view of this history, the Macedonian constitutional court may also follow suit. The Macedonian law is also broad in scope, both in categories of "lustrati", as well as the period it covers.

However, Albania and Macedonia are not the only countries in the Balkans finding it difficult to start their lustrations.

The first country in the region to actually adopt lustration legislation was Serbia. Belgrade passed its law back in 2003. However, lustration has still not effectively begun, nor is there indication that it would begin anywhere in the near future. The 2003 legislation was "born dead". The commission that was supposed to begin work by lustrating candidates for the 2003 snap elections, never started working, and later it simply dissolved. Commentators say the lustration law had no power because supplementary legislation on opening of secret police files, which was supposed to ensue within two months, never took place.

The other countries in the region are even further behind in the process. Croatia, Montenegro, and Bosnia and Herzegovina do not even have legislation.

Croatia had several attempts to enact lustration legislation. Lustration bills were on the agenda of parliament in 1998 and 1999, and they were voted down both times. Neither Montenegro nor Bosnia has a law, although Podgorica at least has a draft bill.

Twenty years after the end of communism, lustration is still an issue, and it has not even effectively commenced. Perhaps countries in the Balkans should really rethink if they want to "forgive and forget". In 2000, Adam Michnik advocated the abandoning of lustration in Poland and said that states cannot move forward without having reconciled with the past, but that the challenge is how to achieve this and maintain balance between justice and stability. In 2007, Serbian President Boris Tadic said it was too late for lustration in Serbia. He probably (and rightfully) feared it would further antagonise the already polarised country.

In the Balkans, the overall problem is the delay. If 18 years after the beginning of transition, countries have not even started the lustration, when will they be able to complete it? The experience of the central and east European countries has shown that immediate and quick lustration was the best and least painful way. Subsequent waves of late lustration tended to broaden, protract, and become overly politicised processes. Both the theoretical and the expert community share the consensus that timeliness was a primary factor of effectiveness in the lustration process.

How meaningful can lustration be almost two decades later? Some answers to this dilemma should perhaps be expected from the Macedonian lustration commission members. As small, busy mice, they will be sniffing the dusty police files during the coming winter.