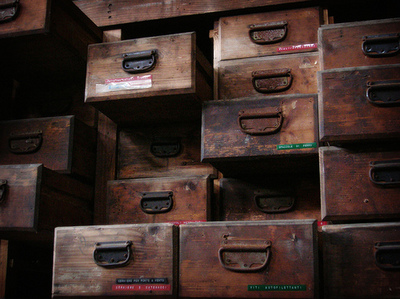 Macedonia is almost the last country in Eastern Europe, together with Albania, to pass legislation on lustration. Under the law's provisions, practically every public officeholder will have to swear they had not worked for the secret services

"I ...... solemnly swear that I have not been a secret collaborator of the Yugoslav state security services!"

All public officials in Macedonia will need to make this statement under the new law on lustration, which will finally become effective during 2009. All the candidates in the recent local and presidential election had to make a sworn statement before a notary.

The lustration law was passed in early 2008, but has practically been dormant for more than a year during the creation of its major body, the lustration commission. After three attempts and much inter-party negotiation, the commission was formed in January 2009. However, the commission is still not yet operational.

The eleven-member body (all political parties seconded representatives) chaired by a six-month rotating presidency, will have the task of verifying the sworn statements of all public officials in the country, and ensure they are not false. This is done by comparing the statements with the records of approximately 36.000 political prisoners stored in the national archive and the depot of the security services. The records of those politically persecuted during the previous regime should contain the names of those who "informed" on them. The lustration commission should ensure that these informers (or, in slang, police snitches) do not have a public office. The penalty for those who will make false statement is prison.

Some public media have obtained information that the state security services possess the most important files. According to some Macedonian media, Macedonia is almost the last country in Eastern Europe, together with Albania, to pass legislation on lustration.

Several years were necessary to have the initiative, originally proposed by former parliament speaker Stojan Andov, become law. When the law came to a vote, it passed without any opposing votes. Another year was necessary to start making the law operational. As of April 2009, the commission did not yet have offices, budget, official stamp, or staff.

If Macedonian lustration is belated, it is definitely not restricted. Under the law's provisions, practically every public officeholder will have to swear they had not worked for the secret services. This includes the president and prime minister, all the parliamentarians, mayors, local councillors, judges, prosecutors, military, diplomats, all representatives of any public body or a committee, etc. The lawrequests that representatives and persons in charge in the media and in academia also make sworn statements, only it does not provide for legal consequences if the statement is proven false. That is left up to the "conscious" of the institution that employs them.

The law did have wide support in parliament, but it is not uncontested. Currently, three petitions before the constitutional court contest the law or some of its provisions. Two petitions have been filed by private citizens, and the third one by the Open Society Institute (OSI). The director of OSI in Macedonia, Vladimir Milcin, was one of the major opponents of the law in the public debate surrounding the process of its adoption. Although, unlike some other opponents of the legislation, he did not contest the lustration project, he objected to the law in its current form, which in his view did not guarantee the credibility of the process.

Dissident and "suspect" during the previous regime himself, Milcin was in part motivated by his "glance" at his own file after communism. Based on what he saw, and on advice by top experts, he says he realized his file has been manipulated in recent years and pages were missing. He says that in December 2000, when he asked for the names of those who described him as a "person of anarcho-liberal views", "participant in demonstrations" and "person in contact with people exposed as proponents of rightwing views and Macedonian nationalism"- he was denied access by those who worked on his files. He asked for the information under the provisions of an earlier legislation that allowed citizens to see the files kept on them, but which never really worked in practice. Milcin argues that the law in its present form will only open the door for further manipulation and new discredit.

"The law was passed with a lot of pressure," says Milcin. According to him,"The obvious intention was to intimidate. The newly formed commission has neither the expertise nor the integrity to work with the already 'reviewed' files. Instead of being an instrument of transitional justice, the lustration could be an instrument for police and party manipulation and new injustice."

Many joined his argument. The fears of the possible abuse of the process for political ends and the reservations concerning its effectiveness were, in the public debate, the major arguments against the project.The argument usually went, "The big fish have already made sure their names were safely out." The Helsinki Committee reacted early in the process by arguing that the law could produce new human rights violations. Professor Gordan Kalajdziev, one of the country's foremost experts on human rights in criminal proceedings, said recently he was not very confident justice could be done based on how things were written down in police files.

"This commission has enormous responsibility," said Liberal Democratic Party (LDP) parliamentarian Roza Topuzova-Karevska, "By trying to correct one injustice we should be very careful not to do a new one."

However, many eagerly await the implementation of the law. The Association of Persecuted Albanians says 24,000 Albanians had been victims of political persecution in the previous regime. According to the association, there are more than 100,000 family members of these victims. They will all expect compensation once the law starts working. Shpetim Polozani, president of the association, says some 5,300 of those persecuted are still alive today.

"We, Albanians, are most concerned with the fact the lustration does not commence," argued Polozani,"the continuous delays show that someone is deliberately undermining the process." Although no precise official data exists on the ethnic background of those persecuted in Macedonia during the times of communist Yugoslavia, according to some, Albanians had been disproportionately affected.

Probably many in the country eagerly seek justice, or revenge. Xhevad Ademi, an MP and senior official of ruling Democratic Party for Integration (DUI), was imprisoned 8.5 years during the 1980s. Yet, he says revenge is not what he wants.

Ademi says, "I have my file. I know the snitches, my schoolmates, friends...I do not want to bring their names in public. I have forgiven them all."

Many expect the law's implementation will produce a storm with defamation of many public personalities and their subsequent withdrawal from public life.

"We have to correct the mistakes and injustices from the past," says Gjorge Malkovski, historian, and vice-president of the lustration commission.

The lustration will definitely open wounds. Whether it brings peace of mind, and how long that will take, it is yet to see. Some 18 years later, the process has not even yet begun. Some have been wondering if after all this time, lustration really makes sense.