European Cohesion Funds and environmental sustainability in the Balkans 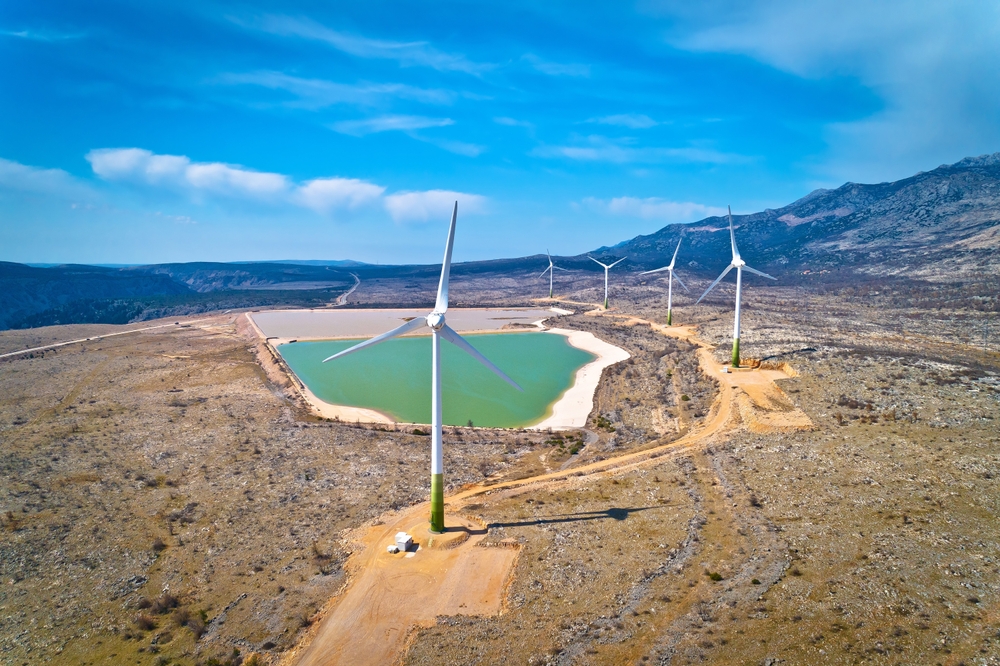 Wind turbines in the Velebit area in Croatia - @ xbrchx/Shutterstock

In the last seven-year period of European cohesion funds, many billions of Euros have already been allocated to environmental protection. 9 went to the EU countries of South East Europe

Given the increasing awareness of the risks associated with the effects of climate change (Eurobarometer  on climate change, 2021), environmental sustainability has become a priority on the agenda of the European Union. This can be seen, for example, in the decision of the Union to pursue the objective of climate neutrality by 2050. The novelty is mainly that the intention of zero net emissions has become legally binding for the member states, because it is enshrined in the European Climate Law. The so-called European Green Deal, on the other hand, defines the action plan to achieve climate neutrality. Another more recent example is the approval by the European Parliament of the Commission's proposal to end sales of new fossil fuel cars starting in 2035.

Despite this "green acceleration", the European Union has not just discovered its ecological soul in recent years. In fact, even its cohesion policies have often had – and will have even more – a clear tendency towards a direct solution to the problem of climate change. Of the 390 billion Euros allocated for cohesion policies in the 2014-2020 period (European Union: cohesion policies and South-East Europe), over 52 were spent on actions and projects with a potential impact on environmental sustainability (here the data ). These resources were almost entirely allocated through the European Regional Development Fund (ERDF) and the Cohesion Fund (CF). In addition, the largest share of resources (2021 data) was allocated to interventions that concerned the energy efficiency of the public infrastructure (about 10 billion) and the prevention and management of climate risks (6.5 billion). This is followed by investments in low-emission urban public transport (about 5 billion) and the energy efficiency of private homes (about 4 billion). However, it should be remembered that it is not only the cohesion funds that finance the green transition, but the whole of the European structural funds.

As regards the resources of the cohesion funds destined to the six member countries of greatest interest to OBC Transeuropa, it is useful to remember that these have benefited from a total of about 62 billion Euros in the seven-year planning of the Union budget 2014- 2020. Of these, approximately 9 billion (2021 data) financed projects based on environmental sustainability. They were divided as follows:

The projects financed within these Balkan territories were numerous. The main areas of intervention concerned the protection of the environment and the efficient use of natural resources, low-emission economic activities, and the adaptation and prevention of the risk of climate change.

An example in this regard is the modernisation  of the wastewater treatment plant in the Slovenian region of Zahodna which is the fourth largest in Slovenia and treats the wastewater of six municipalities. The main aim of the project was to improve the ecological status of the Kamniska Bistrica River by protecting the sources of drinking water. However, the extent of the action went far beyond the technological aspect, because it also involved the sphere of education and human behaviour: plant employees and interested citizens were educated on topics such as environmental protection and efficient use of water and other natural resources.

Another example concerns the regeneration  of the canals of the Edessaios river in Greece, an intervention also accompanied by the recovery of public green areas and the creation of pedestrian promenades. This intervention had the further objective of reconnecting the different areas of the town Edessa, previously fragmented due to the ramifications of the river.

Then there are many projects related to "green energy" financed with Cohesion funds. These include the creation of wind turbines  for the production of renewable energy in Romania and the installation  of photovoltaic panels on public buildings in Croatia. The complete list of projects can be found on the official web pages  of the European Union.

For the 2021-2027 period the European Union has decided to allocate 30% of the European Regional Development Fund (ERDF) and almost 40% of the Cohesion Fund (CF) towards objectives compatible with its climate agenda. In particular, Cohesion policy and funds will be increasingly directed towards energy efficiency measures, interventions to adapt to climate change, the implementation of renewable energy, and the expansion of the circular economy.