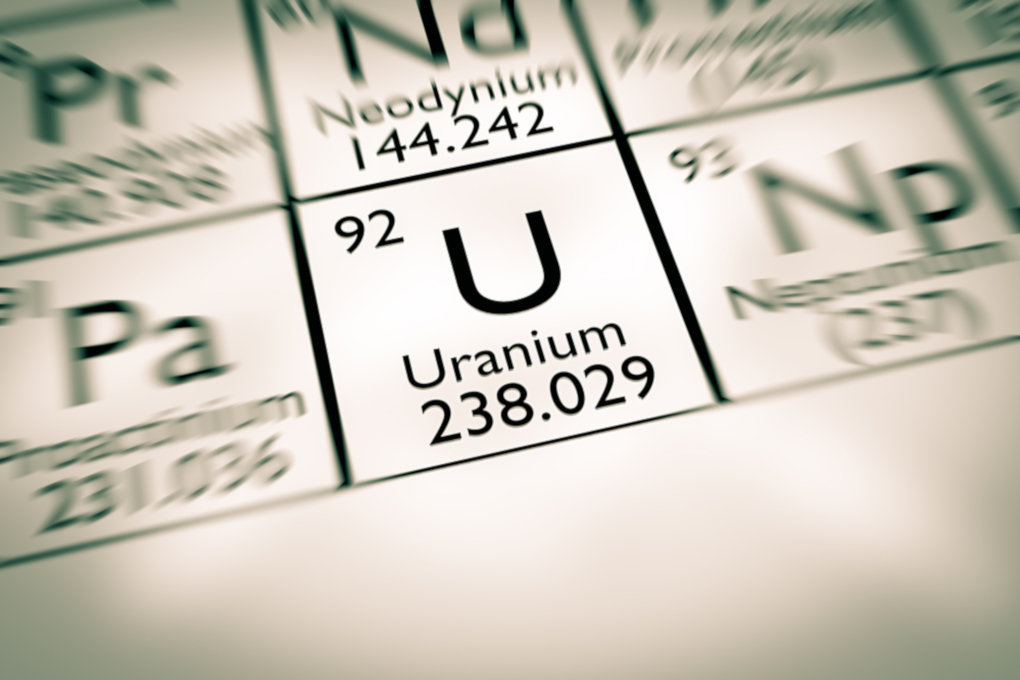 Two more victims among the Italian soldiers who participated in missions in the Balkans and were exposed to depleted uranium. According to the Military Observatory, to date 366 are dead and 7,500 sick. Now Serbia has also set up a commission of inquiry

"Just two days after the death of Daniele Nuzzi, another military man leaves us. Given the sudden onset of the deterioration of his conditions and his subsequent death, the Observatory has not yet been authorised by the family to disclose the data". Domenico Leggiero, spokesman of the Military Observatory, gave the announcement on the Facebook page "Victims of depleted uranium " on April 18th.

This is the 366th victim of depleted uranium among Italian soldiers, the so-called "Balkan Syndrome". The case broke out in 2001 with the emergence of the first cases of Italian soldiers who fell ill or died when they returned from missions in Bosnia and Herzegovina and Kosovo – countries that, together with Serbia, had been bombed by NATO in 1995 or in 1999 with depleted uranium bullets (DU Depleted Uranium).

Depleted uranium derives from waste material from nuclear power plants and is used for war purposes due to its high specific weight and drilling capacity. When a DU bullet explodes at very high temperature, it releases heavy metal nanoparticles into the environment. To date, scientific research has confirmed that these bullets are dangerous due to both the radioactivity emitted and the toxic dust they release into the environment.

Daniele Nuzzi, who died last April 15th at only 48 years of age, had served in the 1st Carabinieri Parachutist Regiment of Tuscania on various missions in territories bombed with DU, and when he returned to Italy he fell ill. As reported in the press release by the Military Observatory on the day of his death, "he had been denied by the military administration the recognition of victims of duty, obtained only after a few years through the attorney of the Military Observatory, and at the time of death the judicial procedure for the recognition of adequate compensation was still in progress".

Since 2001, the issue has been a real struggle between those who deny the existence of a correlation between DU exposure and illness and those who claim the opposite, supported by the numbers of deaths and illnesses and convictions against the Ministry of Defense.

Journalist Paolo Di Giannantonio recalled this at the opening of the conference held in Rome at the Chamber of Deputies on April 4th, organised by the Military Observatory. After providing the numbers of the price paid by the Italian soldiers engaged in peacekeeping missions – to date 7,500 patients and 366 deceased – he added that the lack of recognition by the Italian state has led many soldiers to turn to justice. "119 convictions have been issued against the Ministry of Defense, all managed by attorney Angelo Fiore Tartaglia, while today there are 352 pending disputes".

All this happened despite the establishment in December 2000 of the so-called Mandelli Commission , which was followed by four parliamentary committees of inquiry between February 2005 and February 2018 on the complex questions concerning the use of depleted uranium in missions abroad as well as in polygons and military premises in Italy.

The final report by the last Commission , dated February 15th, 2018 proposed a bill with various objectives relating to the protection of soldiers and also confirmed the "causal link between the ascertained exposure to depleted uranium and the pathologies reported by the soldiers" through, as recalled on April 4th by Gianluca Rizzo, president of the Defense Committee of the Chamber and also a member of the Commission, "7 missions, 50 free hearings, over 50 testimonial examinations, 33 external collaborations, and 109 sessions".

The novelty, compared to the past, is that the report was translated and delivered by Gian Piero Scanu , president of the fourth and last Commission of Inquiry, to Darko Laketić, current president of the newly formed Commission of investigation into the consequences of the NATO bombing of 1999 on citizens of Serbia ("Komisija za istragu posledica NATO bombardovanja 1999. godine po zdravlje građana Srbije") in a meeting in Rome in March 2018.

The knowledge of the parliamentary investigations carried out in Italy, but also of the data collected in various epidemiological studies involving Italian soldiers, prompted Serbia to establish a commission two months later. According to statements made by Laketić to RTV on March 19th , the commission has already carried out a medical- scientific investigation with the collaboration of the Institute for Public Health "Milan Jovanović Batut " of Belgrade, focused on subjects born after 1999 in central Serbia: "From the first results, it emerges that in the age group 5-9 years we have a greater, and significant, percentage of patients compared to other age groups, in addition to a greater disposition to contract malignant blood diseases over time".

He also added: "We know, from the data in our possession, that a toxic factor influenced the onset of neoplasia, but we do not know which of the many (...). As regards depleted uranium, which is dominant in the public debate, I must indeed remember that it represents only the tip of the iceberg, as because of the NATO bombing many and different carcinogens have been released into the environment".

Darko Laketić refers to the bombs dropped on Serbia between March 24th and June 10th, 1999 by the Operation Allied Force, which hit factories, chemical industries, flammable material depots, and the like. From NATO data, 112 sites appear to have been bombed with DU, including 1 in Montenegro, 10 in Serbia, and 85 in Kosovo. Among these, the cities of Pančevo and Kragujevac were defined as "hot spots" by the Task Force established by the UNEP to investigate the consequences of the bombings. Pančevo, with its industrial district including a petrochemical site and a refinery, was heavily bombed since March 24th; Kragujevac was hit between April 9th and 12th, and the bombs – as in Pančevo – caused the spread of various toxic agents and the combustion of chemical agents.

Not only. A few months after the bombing ended, the government had drawn up a recovery plan for the "Zastava" car factory in Kragujevac, and the workers had personally committed to the process so that the production could start up again as soon as possible. The factory – hit, as it became known later, also with DU bullets – was cleaned up by dozens of workers who, according to the public declarations of their representatives, began to contract malignant neoplasms, and many of them died.

The case of these workers was even dealt with in 2007 in a session of the second Italian Parliamentary Investigation Commission: starting from information on the Kragujevac case received by Pietro Comba, director of the National Institute of Health and expert in epidemiology related to environmental pollution, it was proposed to start an in-depth epidemiological investigation on the approximately 1,500 workers defined as "risk cases" with complete personal and medical records.

Nothing was done, either on the Italian side or on the Serbian side. Only on April 17th, Laketić's commission chose Kragujevac as the venue for their sixth session . Among others, the members of the Commission also met representatives of the workers involved in the 1999 reclamation of the Zastava, who handed over the medical documentation.

Laketić concluded his speech on April 4th in the Chamber of Deputies reporting some data: "In Serbia we have a major health problem: we are witnessing a significant increase in the incidence of malignant diseases especially in young people, against a decrease in the EU countries. We are confident that it is related to the exposure to toxic substances. As a Commission, we have started harvesting in areas bombed with DU, and some cases have struck me a lot. For example, the group of 40 people who cleared the Pljačkovica mountain (near the city of Vranje, district of Pčinj, southeast of Serbia, ed.) which hosted a radio-television repeater: immediately after the reclamation everyone had presented skin lesions, 25 then died of malignant tumors".

Finally, he stressed the importance of the collaboration with Italy, which will allow Serbia to continue its investigations; he added that Serbia is absolutely willing to start European and international collaborations, as the topic does not only concern our two countries. That the issue goes well beyond Italian borders and is a "European theme" was also stated by Fabio Massimo Castaldo, vice president of the outgoing European Parliament. Unable to attend the meeting in Rome, he sent the organisers a video message : "Many years ago, the president of the European Commission, Romano Prodi, made a promise to set up a European commission of inquiry, which was never kept. We (M5Stelle, ed.) will bring this issue back to the European Parliament, because we have a duty to demand the truth".

Meanwhile, the legal battle continues on the Italian front. On October 4th 2018 , an important verdict was issued by the Court of Cassation: in addition to reaffirming the causal link between depleted uranium and illness, it declared the Defense guilty of ignoring the dangers to which it had exposed its soldiers in operational theatres where DU had been used, and therefore granted the compensation demanded by the soldier's family members. The ruling concerns Salvatore Vacca, who died of leukemia on September 8th, 1999, at the age of 23, after a mission in Bosnia and Herzegovina. It took 20 years to get justice.

Many open questions remain. Why does the Italian state, despite the evidence, not grant soldiers the lawful recognition, without forcing them to resort to endless lawsuits? Why was there no follow-up on the promised investigations, badly started and then suspended, dedicated to the Italian civilians of the NGOs and associations that operated in the territories bombed by NATO? Why is the Serbian government acting only today, after citizens have been asking to start ad hoc investigations for years? For example, the association established years ago in Vranje ("Udruženja uranijumskih žrtava Pljačkovica 99 ") has been lobbying for the recognition of the victims of mountain reclamation.

Why does absolute silence apply in Bosnia and Herzegovina after a first attempt in 2004-2005 at governmental investigations, the results of which have never been made public? Why is there no attention on the situation of civilians in Kosovo, considering that, of the 31,000 DU bullets used in 1999, 25,000 hit Kosovo and, of these, 56.47% (17,237) concentrated on the quadrant of the country to north-west (the one under the control of the Italian Kfor contingent )? And finally: given the many scientific confirmations of the radioactive and chemical dangerousness of DU and the devastating consequences on populations and the environment, why is its use not banned?

24 years after the bombings on Bosnia and Herzegovina and 20 years after those on Serbia and Kosovo, the depleted uranium scandal remains shamefully current.