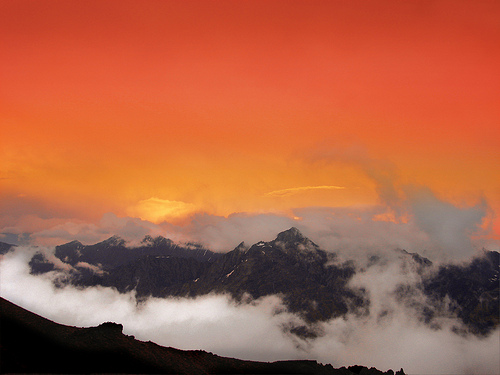 Russia and European Union member states have shown different approaches to the South Caucasus. Finding some common ground with Russia might help resolve the conflicts in the region

In 1994, Azerbaijan and Armenia signed a ceasefire, ending the conflict over Nagorno Karabakh (NK). However, unlike other ceasefires, the agreement failed to fully end the conflict. The two countries remain on the verge of war (also known as “frozen conflict”). Even now, there are daily shootings and altercations on the borders.

Unlike the Balkan wars which had large international intervention, in NK, many international actors remained silent, if not ambivalent, to the conflict. There are several reasons for this, first and foremost Russia’s role in the Southern Caucasus.

After the dissolution of the Soviet Union, the three countries comprising the region - Azerbaijan, Armenia and Georgia - were placed under Russia’s sphere of influence. That influence continues today, and this is no news.

Russia treats these countries differently, but so does Europe. Each power approaches the Caucasus according to its own respective interests; and with individual cautiousness.

For instance, Russia wants the Caucasus republics be under its control and patronage while Europe says it wants these countries be more independent and democratic. But while Europe's noble vision raises much endorsement, the fact that EU member states still have national interests at stake – such as oil and gas - in all three countries should not be overlooked.

Georgia, the second largest country in the Southern Caucasus, is a different case from both Armenia and Azerbaijan. It resisted (or has resisted so far) Russian influence. The country’s willingness to affiliate with the European community and thwart Russia’s pressure is not exactly what an influential country like Russia wanted.

Azerbaijan also wants to be independent from Russia and to be closer to Europe, but unlike Georgia, Azerbaijan hasn’t gone as far on its path to democracy. Democratic notions that exist in Georgia are absent in Azerbaijan (given the leadership in the country) and that is why Azerbaijan, in many instances, takes its place by Russia's side. It is worth noting here, however, that while a large part of Azerbaijan’s population supports democratic reforms, this country's ruling elite has a mindset of its own, as has been the case since independence.

Additionally, given Azerbaijan’s oil and gas resources, foreign intervention and support (such as that given to Georgia during the “Rose Revolution”) was and is not possible or even considered.

Armenia, on the other hand, has its own interests in staying close to Russia. Its current situation necessitates it. Russia has invested a lot of capital in Armenia. In fact, most company shares in Armenia are in the hands of Russians: a factor largely overlooked by Europe. There are also two Russian military bases in Armenia and, most importantly, Armenia is aware that no one supports the country as much as Russia does.

In the case of the NK conflict, the same kind of cautious and strategic approach is applied. Everyone here is playing according to his own interests, including both conflicting sides (Armenia and Azerbaijan) and international interlocutors. In the case of Armenia and Azerbaijan, the leadership in both of the countries fails to acknowledge the population factor. The countries' zero tolerance of each other is something that has been propagated by both of the governments since the 1994 ceasefire.

This is what the internal system of the two countries is trying to embed, given that both of the governments use the conflict in Nagorno Karabakh as leverage for everything else. People are influenced on purpose as part of the governments' chauvinistic style of enforcing government agendas. Instances of nationalism in both countries make things much more complicated than they already are.

Europe’s role in the region is, suffice to say, of a complicated nature. Europe’s role in building democracy in both Azerbaijan and Armenia is a lost cause, at least for the time being. Given the current leadership in both of the countries, democratic values find place in rhetorical speeches, but not in practice. And if Europe pressures the countries, both will turn towards Russia, completely ignoring Europe.

Given this bitter reality that many fail to recognize, it is hard to say what the future of NK will be. The resolution will depend on Russia, but European involvement must be taken into account. There must be more opportunities created for a European-Russian joint approach to NK. As long as Europe declines to cooperate with Russia to reach common ground, the situation in the Southern Caucasus is going to remain unclear and its conflicts unresolved.