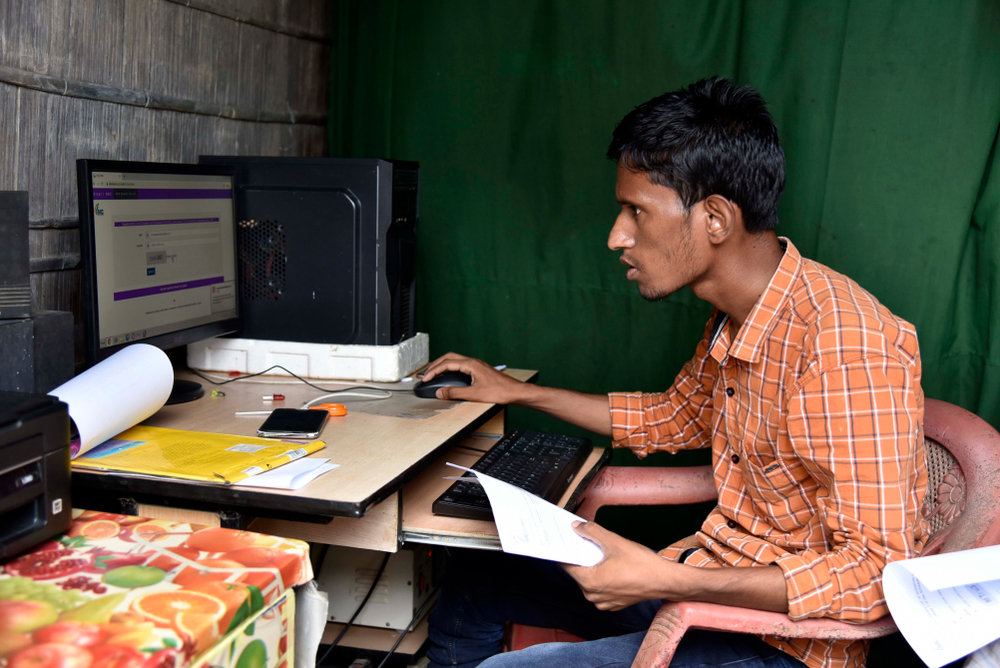 In search of a better future - David Talukdar/Shutterstock

The number of foreign citizens migrating to Armenia is constantly growing, including Indian citizens. Thousands arrived in the first nine months of 2019

Dipika Guhil is 43. A year ago, her family moved to Armenia from the Gujarat state, India,. Her husband works in a private company and earns well. Her only problem is that she does not speak Armenian yet. “At home I worked as an English teacher. I cannot work in Armenia yet, as knowledge of Armenian is essential for communicating with students. When I learn the language well, I'll be fine. Armenia is a safe country, that's what I like about it”.

Guhil's family moved to Armenia thanks to some measures taken by the Armenian government in November 2017, which facilitated visa procedures and therefore migration from India to Armenia.

Thanks to the simplified visa regime, many Indians now move to Armenia to support their families. Typically they move in groups, joining compatriots already living there, and seek jobs that do not require knowledge of the Armenian language.

Chaman Kumar, 33, came to Armenia a year ago. He works as a cook at a restaurant owned by a compatriot. Like all kitchen staff, he only speaks Hindi. With the help of a translator, he tells us about working conditions: he works about 10 hours a day, has 2-3 days off per month, and earns about 550 dollars – he keeps half for living and food, and sends the rest to his family.

Rahul, 25, is instead struggling to find a steady job. He is unhappy with the move and blames the friend who convinced him. "In my hometown (Rahul would rather not provide personal information), I earned 2 dollars a day tops. A friend of mine convinced me that in Armenia I could earn at least 15 dollars a day, and that I could spend 5 to support myself and save the rest. I calculated that I could send about 250 dollars each month to my wife and 2-year-old living in India. They would live quite well with that money, and over time I would settle in Armenia and take them here as well. In Armenia, I found that the promise of a steady job was a lie”.

Rahul currently works at a car wash in Yerevan and earns about 8 dollars a day. His friend still promises that he will get a permanent job soon. “I don't even understand why he lied to me and encouraged me to leave. The problem is, I can't wait forever. Soon my temporary residence permit will expire”.

“I only have a temporary residence permit which expires in about two months. I need it to be renewed, as I have neither money to go back, nor a place to stay in India”, says Priyansh (the name has been changed), who was tricked to move to Armenia. When boarding the plane, Priyansh believed he was flying to Albania, but landed in Armenia. “I sold my house in India and gave most of the money to an agent who was supposed to take me to Europe, help me learn a language and get a job… when I landed I didn't even know about Armenia".

Priyansh currently works in the agricoltural sector. Although he was a victim of fraud, he is not unhappy with his current situation: he has a stable job, even if not very well paid, but he has a roof over his head and food in his belly. Unfortunately, he cannot save money yet.

Others have become victims of fraud.

In early 2019, Indian daily “Hindustan Times ” published an article titled "They Haven’t Eaten Anything for 5 Days", reporting that a few Indian citizens in hardship had posted a video on the Internet, claiming they had not eaten for five days and the landlord was threatening to kick them out. In the video, they appealed to Indian MPs, asking to take steps against the travel agents who deceived them. Other Indian outlets noted that these Indian citizens were unemployed despite having a work visa.

In the following days, the Indian Embassy in Armenia tweeted that the 4 Indian citizens who were in dire straits as a result of fraud by an Indian travel agency had been taken back to India. The issue was also addressed by Punjab Governor Amarinder Singh, who instructed local police to follow up on the matter. The investigation involved 5 people and led to two arrests.

To help avoid frauds, Indians living in Armenia have created several groups on social media, where they share their stories and try to help their compatriots.