Albania: if the Kanun degenerates 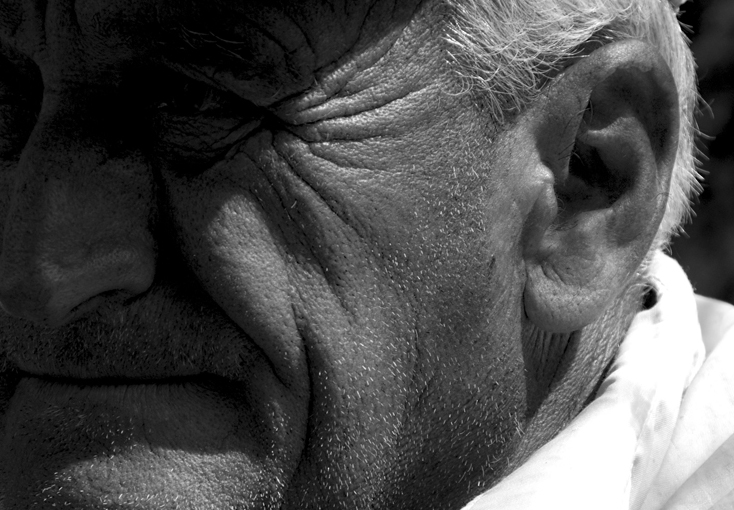 In the north there are frequent cases of blood revenge. Killings occur in the name of the Kanun, the traditional law, which in fact is not observed. And women are targets too. Marjola Rukaj explains why the Kanun, tradition, and Lek Dukagjini are not the main causes of the problem, but its symptoms

Revenge killings usually do not make the news in northern Albania. You can read about them, among many other crimes, in the black chronicle. This time though, unusually, what happened moved the Albanians and made hundreds of them take to the streets to protest against the Kanun and blood revenge. This time the victim is an underage girl, as innocent as most of those who are killed in the name of the Kanun.

Maria, 17, was killed with her grandfather, 70, in the mountains of the region of Shkodra. This is the staggering reality of blood vengeance in today's Albania. The killing of Maria violated one of the strong rules of Kanun – "The woman is untouchable", even sacred, and if a man is accompanied by a woman outside the walls of the house, he cannot be shot at.

Explain it with patriarchy or otherwise, the fact remains that women are spared from the Kanun revenge. Or they used to be. Maria is not the first victim of the Kanun, and the ferocity of killers ends up violating the very law of self justice they fanatically claim to respect. This certainly shows that people have little idea of the rules in the famous code of the mountains, which implies that the survival of the Kanun is not just the handing down of an ancient tradition. It is rather the disconcerting emergence of a primitive sense of self justice that at some point degenerates in a tribal instinct to kill before you get killed. All this in a logic of clan, where the victims' only crime, like in Maria's case, was to belong to the “wrong” clan. An illogical, anachronistic, and unacceptable slap in the face of the rule of law.

One of the associations that have addressed the issue of blood revenge in recent years is “Operation Dove”, the non violent peace corps of the Association Pope John XXIII, present in Shkodra, Albania, to support affected families since 2010.
Go to the site of “Operation Dove”

What now passes as the legacy of the Kanun is actually a degeneration, without boundaries and exceptions. It only takes a look at most of the families affected, where all the members, regardless of sex or age, are forced to stay locked up at home – men, women, and children, some of whom were born at home and cannot ever see the light of the sun or go to school, deprived of a normal life. Whereas the Kanun, collected and written by Lek Dukagjini around 1400, clearly states that revenge only affects adult men.

The blood feud is a striking phenomenon that fits easily with the stereotype of a poor, isolated country, Europe's ultimate mystery. Photographing the sad faces and appalling living conditions of prisoners remains a cheap act of heroism for foreign journalists of all backgrounds. Capturing lost looks and battered furniture is enough to impress the right audience. And journalism stops there. The problem is that Albanian media stop there as well.

Revenge is not Albania. According to the latest figures released by the authorities, there are about 200 families in the regions of Shkodra, Puka, Madhe, and Malesia that are involved in blood feuds, 120 of which have lived locked up for years. In Tirana and the rest of Albania, however, revenge is an exotic trait of the isolated, backward north, something that deserves some condescending sympathy, at best.

Every now and then Tirana's media broadcast some news that does not add anything new, just pathos and poetry without any critical input. Only in recent weeks, after Maria's death last June, Top Channel's programme Fiks Fare put the spotlight on local authorities. Surprised and embarrassed, they lazily uttered incompetent answers: "The segregated? Revenge? Their problems are not our concern".

In June a demonstration was held in Tirana against blood vengeance. It was attended by hundreds of citizens and many representatives of civil society. It is definitely a novelty to be welcomed, and one which could be interpreted as a sign of greater maturity and social solidarity that had been lacking so far. Yet, unfortunately, protesting sporadically with generic slogans is not enough for those who are locked up and risk their lives because of revenge.

While trying to gather information that went beyond the usual cliches, I found a great willingness to talk about the Kanun as well as huge disenchantment and resignation. "How do you eradicate hundreds of years of Kanun?", "Only Lek Dukagjini (the local lord who supposedly collected in a code the rules of the Kanun in the 14th century) was able to put order in that part of Albania", "It 's Albania's real curse".

But everyone agrees that blood revenge is a phenomenon that has reappeared in the last twenty years in remote areas to the north, a phenomenon caused by the power vacuum that characterized post-communist Albania, and especially by the extremely corrupt, slow, and unreliable judiciary system. During communism, the Kanun and blood revenge had fallen into disuse – the iron fist used by Tirana with the north of the country, considered as backward and reactionary, left no room for self justice. The Kanun, tradition, and Lek Dukagjini are not therefore the main causes of the problem, only its symptoms. It is clear that only legislative action and the commitment of the institutions could eradicate blood revenge.

One should also also have a look around. Contrary to what Albanians think, blood revenge is not an exclusive phenomenon, native and endemic to the Albanian lands. Just take a look at Montenegro, which shares northern Albania's culture, historical ties, and often clan descendants. Or Kosovo, where the phenomenon exists, but is not as worrying, because of a series of laws that date back to post-WWII Yugoslavia.

For weeks, I contacted many members of the Albanian Parliament from the areas affected by vengeance. The annoyed responses, unanswered mail, and rudely interrupted phone calls confirmed that the eradication of blood revenge is no one's priority in Albania. No draft law on the program, no special measures to discourage self justice. Even after Maria's killing, days in Tirana pass by as always – just few minutes of children's tears on national TVs and few words of protest here and there, to clean one's conscience before getting back to the usual routine.