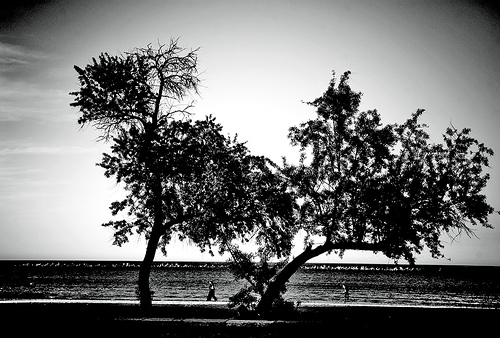 A further take on corporations, responsibility, and the market in Romania. The strong focus on environment, funding mechanisms, and fashion in an interview with Dragos Bucurenci, founder of a specialised NGO

The main directions of CSR in Romania are community involvement and environmental issues. The clear preference of companies for environmental projects stems from the fact that they are more prone to fund activities that have clear results by the end of the implementation process. And NGOs are open to receive direct funding from companies, since governmental funds are currently inoperable and EU procedures are heavy and time-consuming. It may seem to be a win-win situation, since companies have a chance to participate in solving global issues, NGOs have easier access to funds, and the community benefits from these initiatives. Is it really so?

Dragos Bucurenci, president and founding member of MaiMultVerde (MMV), has become over the years a public figure and an important voice in the environmental debate in Romania. MMV's philosophy is "action not protest", which translates into creating volunteer opportunities for people willing to engage with environmental issues.

What is MMV's main purpose?

Dragos Bucurenci: MMV is an environmental NGO who is trying to build a new culture of volunteer involvement in Romania. Its main purpose is to raise opportunities for people interested in doing volunteer work. This involves planting, cleaning, and environmental education programs. One of our most important goals is to convince people to use bicycles, since it is still rather difficult to use a bicycle in cities like Bucharest. So, our main purpose is to promote volunteer activities by creating the right opportunities and encouraging people to take part in them.

For further information about corporate social responsability and environmental issues in Romania, visit the websites:

How do you get funds for your projects?

D.B.: All our projects are private funded, which means we raise funds from the companies' CSR budgets. We never intended to raise public funds, but today we have changed a bit our strategy and we are trying to access European funds and the national Environmental Fund, even if the procedures take too much time, especially as far as the latter is concerned.

What are the fund raising procedures involving the companies' CSR budgets?

D.B.: In Romania we are currently creating the CSR market, so, even if the CSR talk is very intense, I think the market has reached only 10% of its potential. And since we sell our projects, we don't call it fund raising, but sales process. This follows a classical solutions selling process in which we address companies directly, after doing a selection according to their profile, activities, and corporate values. When we encounter a company willing to get involved in environmental projects, we try to see what their interests are in order to "customise" the projects. We have a pool of projects from which we choose the five most suitable ones, out of which one or two will get funded.

In 2008, you managed to raise 1 million Euro for environmental projects. Where is MMV positioned in the market as an NGO who works only with CSR funds? Are you a special case in Romania?

D.B: In 2008, we were positioned among the top 5 NGOs that managed to raise private funding for their projects. The others are Habitat for Humanity, OvidiuROM, Save the Children Romania and SamuSocial, which deals with homeless people and in 2007 managed to raise 800.000 Euro. Overall, I have estimated that the CSR market in Romania amounts to 10 million Euro.

How does 2009 look like in terms of funding and how was the financial crisis felt by NGOs?

D.B.: We definitely felt the crisis, since I believe that it was mainly a psychological crisis in Romania, and all the decisions made within a company, especially regarding the CSR budget, have an important psychological aspect. The proportion in 2009 is one third of the projects got funded if compared to 2008, even if our efforts in writing projects and proposing them to companies were doubled. The Paper Tree project, for example, lost 80% of its funding.

In November 2007, you said the crisis would act like many little hand grenades detonating all at once and warned the companies to take measures and behave responsibly to avoid this situation. Looking back now, did they do so?

D.B.: We definitely amplified the crisis in Romania and it did react like little bombs detonated at once, but this is also due to an unfortunate mix of governmental policies. Companies created a sort of institutionalised panic that led to general blockage. The message to the market was "Don't buy anything", a message that consequently reached consumers. Had we been more conscious about this, more than 20% of the economy would have been saved. On the other hand, the NGOs that were badly hit by the crisis were mainly those who relied on only one sponsor. We chose to have a portfolio of sponsors leaving aside the European funds, since we were still at the beginning. Yet, an important contributor to the crisis was the inoperable public Environmental Fund, which should have been accessed in a situation like this.

MMV's approach in 2009 was to create "attractive, important projects with real impact". How did the projects become more attractive this year?

D.B.: It all depends on the company, for some "attractive" means brand communication, for others it may mean a better business strategy. For instance, our program on selective collection of waste is useful both to those producing packaging and to the environment, so we proposed this project according to the real needs of the companies.

Why would a bank finance two of your environmental projects?

D.B.: Because the environment is a worrying issue for most people, the majority of whom use bank services. The same applies to most FMCGs (Fast Moving Consumer Goods).

Do you think it is also fashionable to be "green"?

D.B.: A study on mentalities said that fashions are states through which history progresses. The fact that it is a fashion does not invalidate a subject or issue and it does not say anything about its future - whether it will die out or become part of the main values of the society. Environmental issues are fashionable here as in most European countries, but I am glad they are and I have always said that we should take advantage of it while we can. For instance, children's issues were fashionable in the nineties, now they are no longer so, but this does not mean the issues were solved.

Are these environmental projects mainly seasonal or do they have any medium and long term sustainability?

D.B.: Let's take as example the project that made it possible for the first time in Bucharest to rent a bike; we are currently trying to raise more money so that we open more rental centers. This is mid term sustainability. The only real long term sustainability is to change the mentality of people. And I repeat, our main purpose is to create a culture of volunteering, we are trying to educate people to respect the environment and this will be reflected in the years to come.

In your environmental activities you decide to bring as many VIPs as possible and make every activity very public. Why is that necessary?

D.B.: It is a matter of communication and we have declared from the very beginning that we are also doing communication within the projects that we do for companies. In order to obtain funds, we need to make it public. And we always associate our activities with some vectors of public credibility. On one hand, I am proud I have stimulated this sense of responsibility in some people who are public figures and who have become models in the society. And on the other hand, if we don't bring the press along, the general public is not informed about what we do. We owe it to our volunteers to raise more funds in order to continue creating these opportunities.

Does private funding come with some specific implications or obligations, since the company's main interest is to sell its brand on the market?

D.B.: The fact that they are interested in selling is not immoral, illegal or illicit - that is why they are on the market. My only concern is if a company is damaging the environment throughout its activities. It is very clear, though, that there is always the suspicion of them doing green-washing, but we have very clear contracts that protect us from becoming part of that. We do not work with companies that have a bad reputation on the market, nor with those that produce cigarettes. We have been offered an important collaboration by a company that produces cigarettes, but we strongly believe that fighting to build a safer future for our children is in contradiction with the act of smoking.

Wouldn't it be easier to create a common fund where companies direct their CSR budgets and then create a financing mechanism that will allow NGOs to access this money? This would change the general perception that CSR is just a marketing tool.

D.B.: This would properly function in 10 years from now, because it is a problem related to how much profit companies make. In Romania the CSR meant a change of paradigm compared to how NGOs were doing projects in the past, and this paradigm is still with a lot of flaws and probably at some point it will need a more accurate system. But this is still premature.